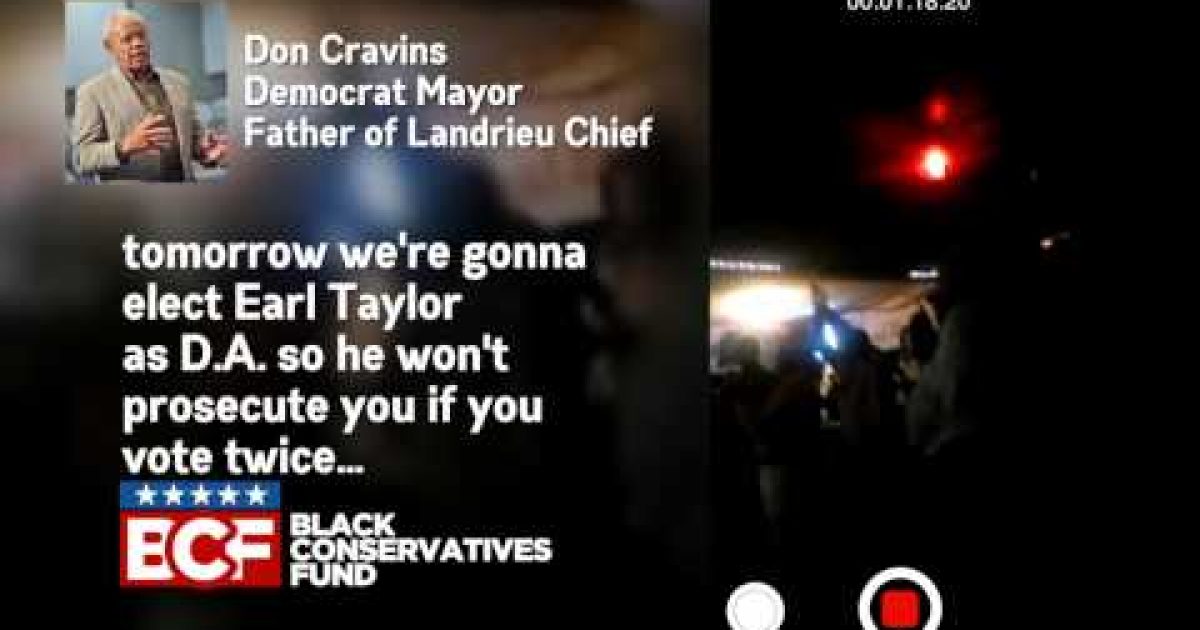 The video was taken during a Landrieu rally the evening of Nov. 3, 2014, at the Charcoal Lounge on Academy Street in Opelousas, La. Cravins Sr. is seen telling a crowd:

Now, if you already voted, go vote again tomorrow. One more time’s not going to hurt…

Louisianans, like Americans in many states, had the option of either voting ‘early’ or showing up on Election Day. Taking advantage of both options would be a crime.

Cravins went on to say,“

…tomorrow we’re gonna elect Earl Taylor as the [District Attorney] so he won’t prosecute you if you vote twice.”

Cravins Sr. is a former state senator, Louisiana Democrat Party operative and the current mayor of Opelousas, La. He is currently in a run-off for re-election against fellow Democrat David Tatum.

Mayor Cravins’ son, Don Cravins Jr., is Sen. Mary Landrieu’s chief of staff. He was there as his father called for voter fraud.

Mayor Cravins’ comments are appalling, Mayor Cravins is brazenly encouraging those in attendance to violate state and federal law by committing voter fraud. He is compromising the integrity of our voting process and likely violating federal and state law himself.

BCF has turned over a copy of the video and a transcript to the Louisiana Secretary of State’s office, the Louisiana Attorney General’s office and the Federal Bureau of Investigation.

The runoff election between Landrieu and Rep. Bill Cassidy (R) is scheduled for this Saturday, Dec. 6th.