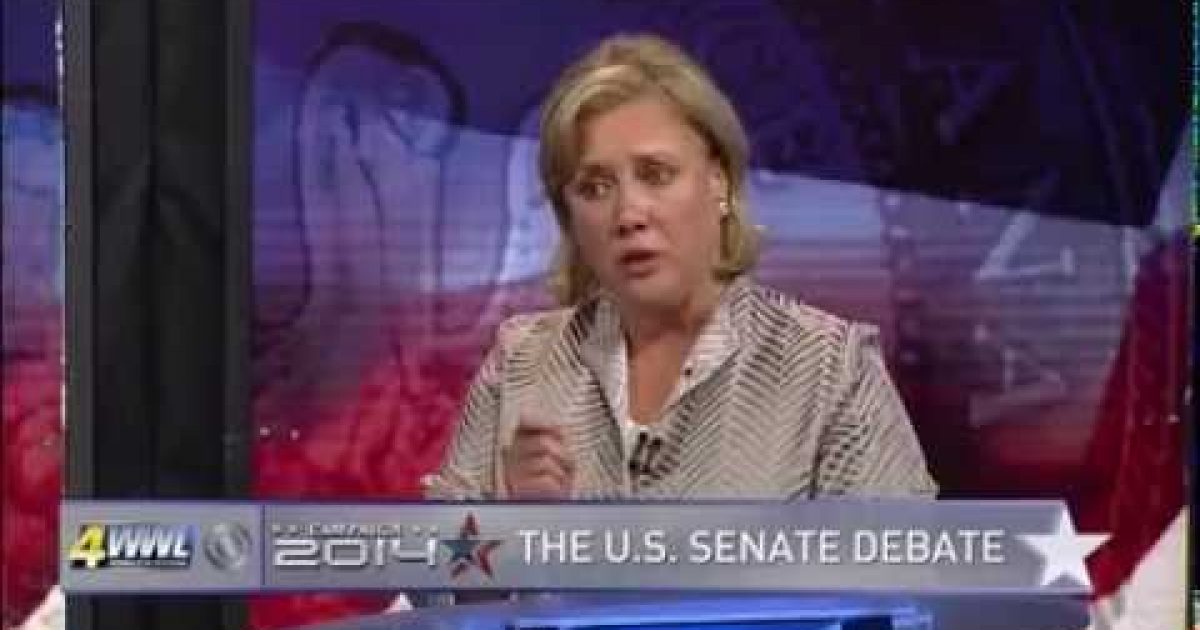 Facebook Twitter Flipboard
Earlier this year Mary Landrieu told a Poltico she would “absolutely”
vote for  Harry Reid to continue as Democrat leader.
But last night, during a debate a week before the election, Landrieu did a strange tap dance during a debate– dodging multiple opportunities to say whether she would support Reid for Majority leader.
Landrieu obviously supports Reid (she has given him $10,000), just
like she supports President Obama’s agenda 97 percent of the time. But
now that she is looking highly unlikely to avoid a runoff (a runoff which it looks as if she would lose)  Landrieu is not sure she would support a majority leader who’s energy policy is bad for her state (see video below).

If Democrats suffer a bloodbath in November, their party may seek a change at the top — but right now, there’s little appetite for a leadership fight even in difficult political times. ‘Absolutely,’ Sen. Mary Landrieu, a vulnerable Louisiana Democrat facing voters this fall, said when asked if she would back Reid as leader no matter the outcome of the November elections. ( Politico, 4/3/14)

Are we really to believe that Landrieu wont rush to vote for Reid if re-elected? As Judge Judy would say, “Don’t Pee on my leg and tell me it’s raining!”