He Hires Hillary’s Pollster, Is He Running For POTUS? 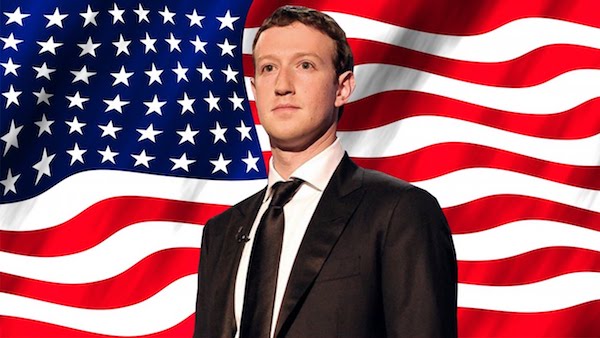 Hillary Clinton’s embarrassing electoral loss during the 2016 election was deafening to those on the left, as the nigh-inevitable first female President was electorally eviscerated by political newcomer and controversial candidate Donald J. Trump.  Clinton’s loss was so inexplicable to herself and members of her team, that reports from election night have painted a picture of a drunk and violent Clinton lashing out physically against her campaign manager John Podesta before taking an unprecedented 12-hour recess before composing herself and making a concession speech.

In the months since that darkest moment in recent democratic history, the party of the liberals has been irreparably damaged.  The young millennial voters that they once believed the key to their coming success have returned to whatever it is that they were obsessed with before trendy, left-leaning politics invaded their social media feeds.

Clinton herself has been quiet, fueling speculation that her health was once again affecting her ability to make prolonged public appearances.

Now, as some within the democratic party begin to pick up the pieces of their damning defeat and look toward the future, a number of possible political challengers to the current conservative uprising are appearing on the liberal horizon.  With a strange new hire, Facebook’s Mark Zuckerberg now has his name in the conversation as well.

“Facebook CEO Mark Zuckerberg and his wife, Priscilla Chan, have hired Democratic pollster Joel Benenson, a former top adviser to President Barack Obama and the chief strategist to Hillary Clinton’s failed 2016 presidential campaign, as a consultant, according to a person familiar with the hire.

“Benenson’s company, Benenson Strategy Group, will be conducting research for the Chan Zuckerberg Initiative, the couple’s philanthropy. The organization — whose mission statement, according to its website, is ‘advancing human potential and promoting equality’ — is endowed with the couple’s Facebook fortune.

“In January, the couple hired David Plouffe, campaign manager for Obama’s 2008 presidential run, as president of policy and advocacy. Plouffe had previously worked at Uber. Ken Mehlman, who ran President George W. Bush’s 2004 reelection campaign, also sits on the board.

“Benenson’s involvement in the group gives them access to someone who was one of the top lieutenants of Clinton’s doomed campaign and Obama’s longtime pollster, just as speculation about Zuckerberg’s political ambitions is mounting.”

Given the rise of the unconventional candidate in recent years, it would come as little surprise to see Zuckerberg push his luck.

The leftist CEO of the world’s most formidable social media platform has long been a proponent of democratic ideals, actively censoring conservative topics from trending via Facebook.  This authoritarian and draconian maneuver has been widely criticized by free speech advocates as a form of liberal New Fascism.

Furthermore, Zuckerberg’s inexperience, even in his beloved technology field, has been on display as of late.  While Facebook was testing a new artificial intelligence program, a secret language was developed by the nearly sentient source, prompting officials to power down the machine responsible before the AI could evolve out of control.  This dangerous move was predicted and warned against by Elon Musk, who specifically reached out to Zuckerberg to express his concern.  Zuckerberg, in pure egotistical fashion, rebuffed Musk via Facebook Live from a backyard BBQ.