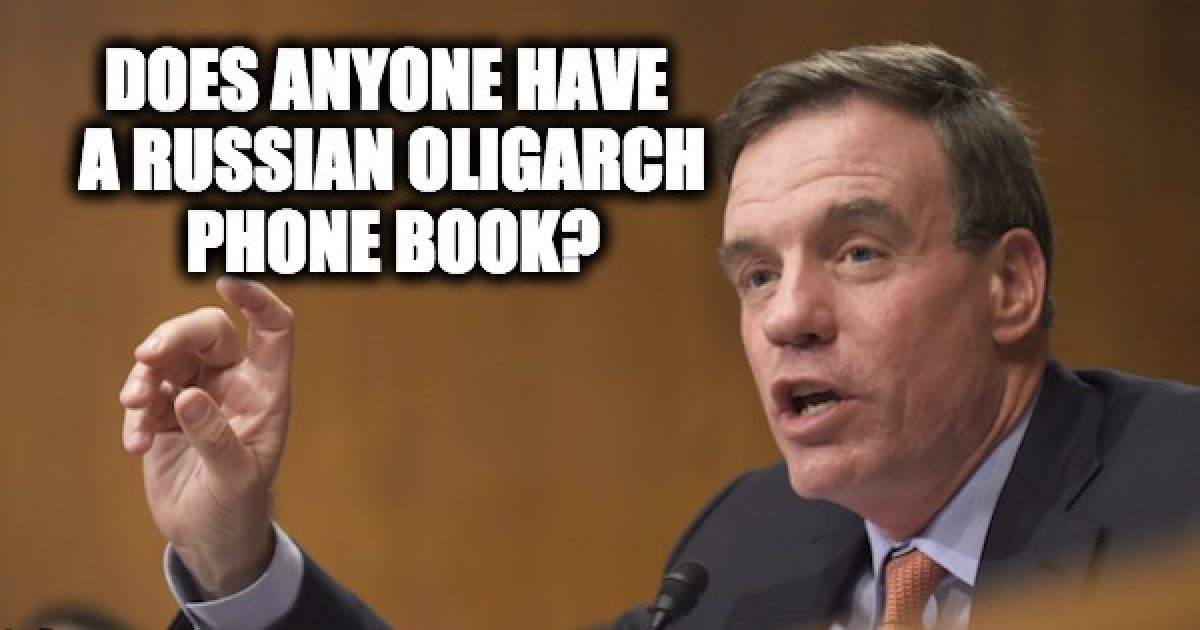 “Chris Steele asked me to call you,”  Adam Waldman, a lobbyist for Russian billionaire Oleg V. Deripaska, said on March 16, 2017.

“Can you talk tomorrow want to get with ur English friend,” he said on March 20.

“I spoke to him yesterday,” Waldman said in a reference to Christopher Steele.

“We have so much to discuss u need to be careful but we can help our country,” Warner told  Waldman in a text message sent March 22, 2017.

Steele famously put together the anti-Trump dossier of unverified information that was used by FBI and Justice Department officials in October 2016 to get a warrant to conduct surveillance of former Trump adviser Carter Page. Despite the efforts, Steele has not agreed to an interview with the committee.

Secrecy seemed very important to Warner as the conversation with Waldman heated up March 29, when the lobbyist revealed that Steele wanted a bipartisan letter from Warner and the committee’s chairman, North Carolina Republican Sen. Richard Burr, inviting him to talk to the Senate intelligence panel.

Throughout the text exchanges, Warner seemed particularly intent on connecting directly with Steele without anyone else on the Senate Intelligence Committee being in the loop — at least initially. In one text to the lobbyist, Warner wrote that he would “rather not have a paper trail” of his messages.

Marco Rubio said on Friday the Warner told the committee about his exchanges four months ago, which means Warner kept things secret from the intelligence committee for eight months….why?

A Warner aide confirmed the text messages which are embedded below are authentic, Fox said.

The messages are all marked “CONFIDENTIAL” and are not classified, the report further says.

Although the Fox News article doesn’t mention Russian president Vladimir Putin, Deripaska is close with the head of state

A Los Angeles Times profile of Deripaska from 2017 described him as “tight” with Putin and said that the two men’s ties were “so close that Russia’s foreign minister asked U.S. secretaries of state for more than a decade, including as recently as last year, to help Deripaska secure a visa to enter the United States, the Washington Post reported.”

Warner disclosed these messages to the Senate Intelligence Committee, and the entire committee was made aware of them in October 2017, the Fox News report notes.

What hypocrisy!!! One hand we see the Democrats go after practically everyone in the administration who even went to a movie that took place in Russia, on the other a senior Democratic Party senator has regular exchanges with a Russian oligarch with ties to Putin,  doesn’t disclose it to his colleagues on the senate intelligence committee for eight months, and keeps it from the American people and that’s okay.  No that’s not okay, it’s the Democratic Party being very selective in their witch-hunt,

Here’s video of the report:

Much of this post was originally seen at ConservativeFiringLine