The Lid On The Schaftlein Report: Markets Down, Crime And Inflation Up, Dems Push More Spending

The Latest News Covered Honestly And Sprinkled With Snark 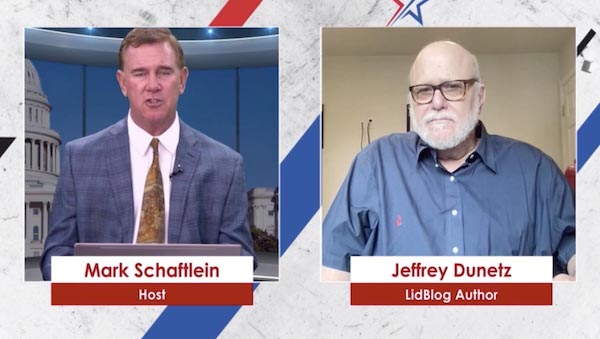 The Lid had the honor of being the guest of Mark Schaftlein on his program The Schaftlein Report. Mark and I had a great conversation, giving our unique perspective about the latest issues of the day. Including: Mark Schaftlein report

Make sure to watch Mark’s program every weekday. It’s posted at  8PM on the Schaftein Report website https://schaftleinreport.com/ or on the Shaftlein Report’s Facebook page, which can be found by clicking here ( I am scheduled to be a guest again on 8/4).

Watch the show below– I promise you will find the program entertaining, informative, and at times a bit snarky (it wouldn’t be The Lid without some snark