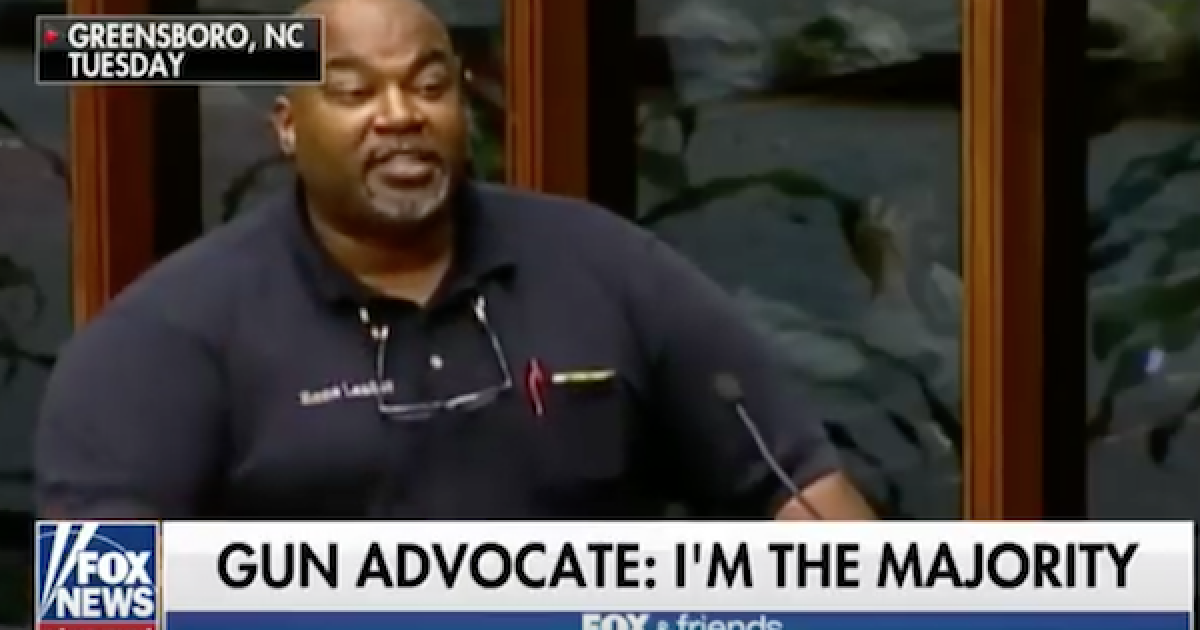 Earlier this week Mark Robinson dropped in on his city council to give his two cents, and express his frustration with the way that the city’s politicians were operating.

Robinson boldly announced that he was there to speak for the law-abiding majority of citizens in Greensboro (and in this country) who are done with being trampled by the left, and the politicians who bow to the left.

The subject was gun violence, and the city council was meeting to discuss the possibility of greater gun restrictions in the city limits, in the wake of the shooting at Marjory Stoneman Douglas High School in Parkland, Florida. The city is considering canceling an upcoming gun show and investigating what other measures they could take to limit the number of guns in the region.

When Robinson heard about the city’s plans for new gun restrictions and for possibly canceling the gun show, he grew incensed and realized that he had to speak out.

“It seems like every time we have one of these shootings, nobody wants to put the blame where it goes, which is at the shooter’s feet. You want to turn around and restrict my rights…

You want to restrict my right to buy a firearm and protect myself from some of the very people you are talking about in here tonight. The law abiding citizens of this community, of other communities we are the first ones taxed and the last ones considered…

I’m the majority. I’m a law abiding citizen who has never shot anybody. Never committed a serious crime. Never committed a felony. I’ve never done anything like that. It seems like every time we have one of these shootings, nobody wants to put the blame where it goes, which is at the shooter’s feet. You want to put it at my feet. You want to turn around and restrict my rights.”

America needs more citizens like Mark Robinson to stand up and take the reins of leadership from the corrupt anti-freedom politicians who bow at the altar of left-wing fascism.

Be like Mark Robinson and stand up when the government tries to take more of your freedom.

Mr. Robinson was on Fox & Friends on Friday morning: