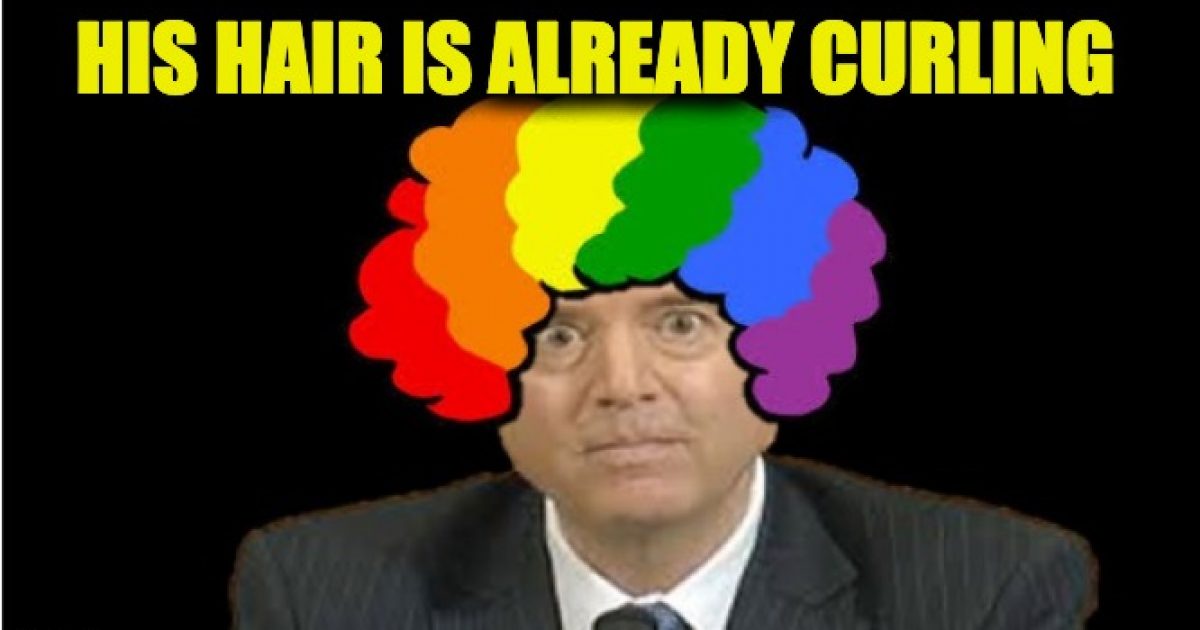 The Democrats are freaking out over the President’s announcement about declassifying all the documents from the Russia investigation in the runup to the 2016 election. Per Rep. Mark Meadows the freak out is because there’s information in documents that will “curl your hair.”

Note: He didn’t mention what it would do to bald people like The Lid.

“I can tell you, there’s information coming that will curl your hair,” Meadows told FNC host Sean Hannity. “I can tell you that the reason why it’s so visceral – the response from the Democrats is so visceral right now is because they know – they’ve seen documents. Adam Schiff has seen documents that he knows will actually put the finger pointing back at him and his Democrat colleagues, not the President of the United States. And so that’s why you’re seeing it.”

“I have pretty straight hair. How – how does my – why does my hair become curly?” Hannity asked. [Yes Sean your hair is straight, what about bald guys like me/}”When we talk about spying on a Trump associate, what I’m talking about is spying in the sense that the American people believe what spying is,” he said. “That means secretly recording, taking down notes, making sure that they do covert operations.”

Making it even more special, Rep. Meadows claims that some of the evidence will point to Rep. Adam Schiff as inventing the witch hunt.

.@RepMarkMeadows on declassifying the Russia investigation: “There is information coming that will curl your hair. … Adam Schiff has seen documents that he knows will actually put the finger pointing back at him and his Democrat colleagues, not the president” pic.twitter.com/Aax87GSLwi

The same Democrats who are complaining that 2% of the Mueller report is redacted, are complaining about the president declassifying the documents from the beginning of the Russia hoax.

Adam Schiff even said by declassifying the documents the President was covering up. And Jerrold Nadler passed out (perhaps from the guilt).

The declassified documents will probably include at least the so-called “Bucket Five” – documents which were initially presented to the Gang of Eight (top two leaders on each party in both houses). The Bucket Five included everything the FBI and DOJ used against Trump campaign aide Carter Page – including the FISA surveillance application and its underlying exculpatory intelligence documents which the FISA court may have never seen. Also included may be the Bruce Ohr/Nellie Ohr communications about the dossier, the transcripts of the surveillance of Papadopoulos and Carter Page, the warnings that the dossier was bogusly presented to the FBI before it was used as part of the FISA application and much more.

Folks I am sure there are going to be other surprises. So go buy the large popcorn, and fasten your seatbelts, and personally, I can’t wait, since I have no hair to curl, I want to see what happens—well–that and I want to see how the rats who started this witch hunt, like Comey, Brennan, and Clapper react when they get “outed.”