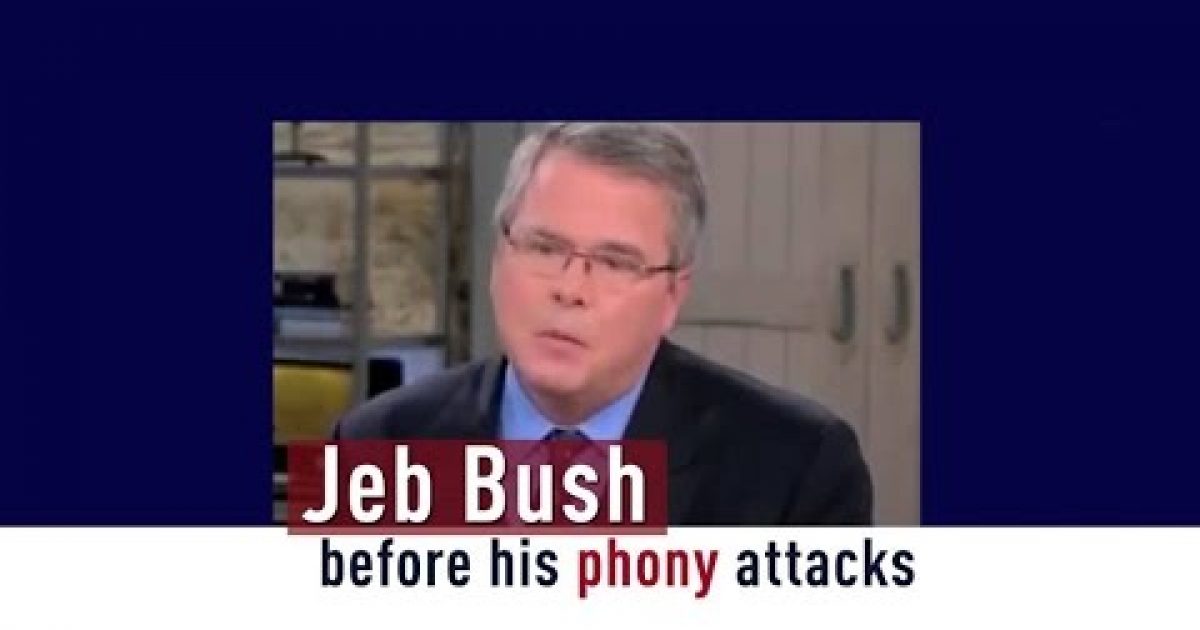 The last debate saw Jeb Bush try to attack Marco Rubio and had it blow up in his face.  Since then Bush has tried to keep the pressure on the Junior Senator  from Florida, because he sees some of his slipping support (and donors) going over to Rubio.

Anticipating more attacks during tonight’s debate and hearing stories about a $20,000,000 negative advertising attack against him, brewing in Bush’s superPAC, Rubio decided to strike first, with an ad featuring Jeb Bush’s positive comments about Marco.

The video is title “Before the phony attacks” and includes quotes from the Junior Bush including:

It starts and ends with “I am a big Marco Rubio fan.” I doubt if Rubio’s commercial will stop the Bush attacks, but they might lessen the sting a bit.  Watch the video below:

Donald Trump Establishes ‘Office Of The Former President’ In Florida, Promises To Continue His Agenda
January 26th, 2021 The Political Cowboy

The Shocking Research Of Christine Massey Demonstrates SARS-CoV-2 (The COVID-19 Virus) Has Not Been Proven To Exist
January 26th, 2021 Sons of Liberty Media