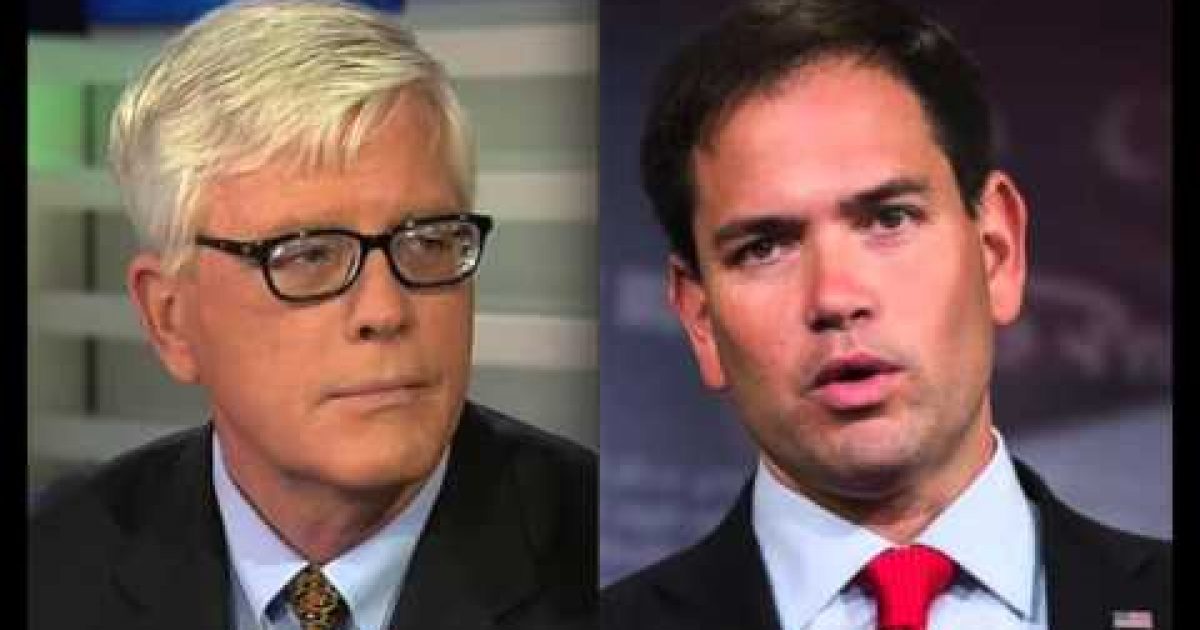 The senate filibuster is not in the constitution, it is simply a rule of the senate, The nuclear option or Reid Rule allows the senate to vote on an bill or appointee with a simple majority and no worry of filibuster. Senators are very reluctant to resort to the nuclear option, because of the fear that while it is used when they are in the majority, they wont always be in the majority and breaking the long tradition of filibuster protection of the minority may very likely be used against them.

That’s why it was such a surprise on Hugh Hewitt’s radio show on Friday when first John McCain and then Marco Rubio said this may be the time to break the Reid Rule:

Hewitt: Now I talked to Senators McCain and Graham last hour, and I was shocked when Senator McCain said he is open to invoking the Reid rule to break the filibuster in order to bring this one of a kind deal to the floor. He hasn’t decided that, and he said if he does it, he knows he’s open to the charge of hypocrisy because he condemned the Reid rule when they broke the filibuster. But he’s thinking about it, because it’s so important. What do you think about breaking the filibuster in order to send this deal to the President’s desk?

Rubio: Yeah, I mean, the filibuster’s not constitutional. It’s a rule. It’s not, I’m not saying it’s unconstitutional, but it’s a rule. It’s not something that’s better than the republic. It’s a rule that the Senate established, and it largely serves to protect the minority. And in the past, it’s been useful. It’s kept Harry Reid from doing something that they would have rammed down the throat of the American people at one point if they didn’t need the 60 votes. If you recall, that’s why the Scott Brown election was so important back then. But here’s my point. if ever you were going to say this rule isn’t working anymore, it would be on issues like this. I mean, we’re not debating a transportation bill here.

Rubio: We are debating an issue that’s existential to allies of our, that ultimately imperils the security of the world. And if ever there was a time where you would consider something like that, it would be this. Now you still have the veto power problem, and that is Constitutional. You still have to be able to overcome a presidential veto. But that remains an impediment to ultimately stopping this. But look, I’m open to all those options, but I think the best way to bring this deal to an end is to, in about 14-15 months, elect a president that will end this deal on their first day in office.