Marco Rubio: Hillary Clinton’s Ideas Are From The Last Century 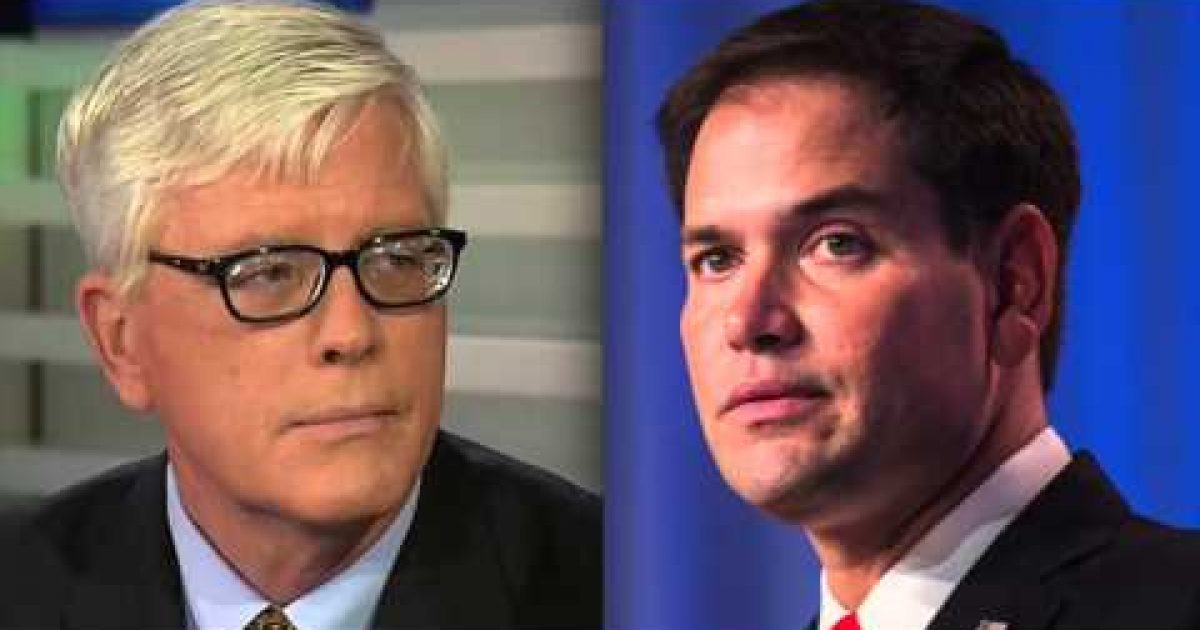 Marco Rubio was a guest on the Hugh Hewitt show on Tuesday evening and the host asked the youngest announced candidate about the presumptive Democratic Party nominee who also happens to be the oldest announced candidate. According to the Florida senator age should an issue in the campaign. Not the age of the candidate, but the age of their ideas and Hillary Clinton’s Ideas are from the last century.

Hewitt: Now your announcement yesterday included a sweeping indictment of the leadership of past generations. And you know, whenever you bring that up, the Hillary Clinton people, former Secretary of State Clinton’s people, are very touchy about age. You’re on the other end of that. You’re on the youth age of that. Is age a legitimate question either at the elder age of the spectrum or the young age of the spectrum? Or should we just talk about what the people are bringing to the table?

Rubio: Yeah, age is a legitimate issue, not the age of the people, the age of their ideas. I think we should be proud of our history. I’m just saying that the things that worked in the last century don’t work that well now. We live in a completely different economy. I mean, we have transitioned fully, and are continuing to transition into a post-industrial economy where many of the jobs that once sustained our middle class, they either don’t exist, they have been shipped overseas or they don’t pay what they once used to relative to the cost of living. Now we have to fully embrace the opportunities of the 21st Century, which has the opportunity of creating millions of new better-paying jobs. But those jobs require skills and education that our higher education system no longer, isn’t providing. We’re doing a pretty good job of educating our young people in America to compete in the 20th Century. But we’re in the 21st Century. We need leaders that understand that and have an idea about how the 21st Century can also be a new American century.

Hewitt: Now Senator Rubio, Secretary Clinton’s got this gimmick going. She’s driving around, she stopped at a Pilot Flying J, which makes her a backer of the Browns under Jimmy Haslam, so I like that. But can we, can you give us a comment on what you think about what is obviously a bit hackneyed, get in the van and drive around Iowa approach to this campaign and take no questions?

Rubio: Well look, I think Secretary Clinton’s going to struggle to connect with everyday Americans and their struggles of daily life. I mean, and that’s a big problem. That’s one of the reasons why her ideas are so outdated. They’re still ideas based on an era that came and went. The 21st Century is just a dramatically different time. I mean, there are millions of people out there that are working as hard as they ever had. But now they live paycheck to paycheck. They weren’t living paycheck to paycheck with those jobs a decade or longer ago. They are now. They are one unexpected expense away from disaster. If their car breaks down, their refrigerator gives out, a tire blows, they’re in a lot of trouble. And people know that. It’s an extraordinary amount of insecurity, and we need to address that.