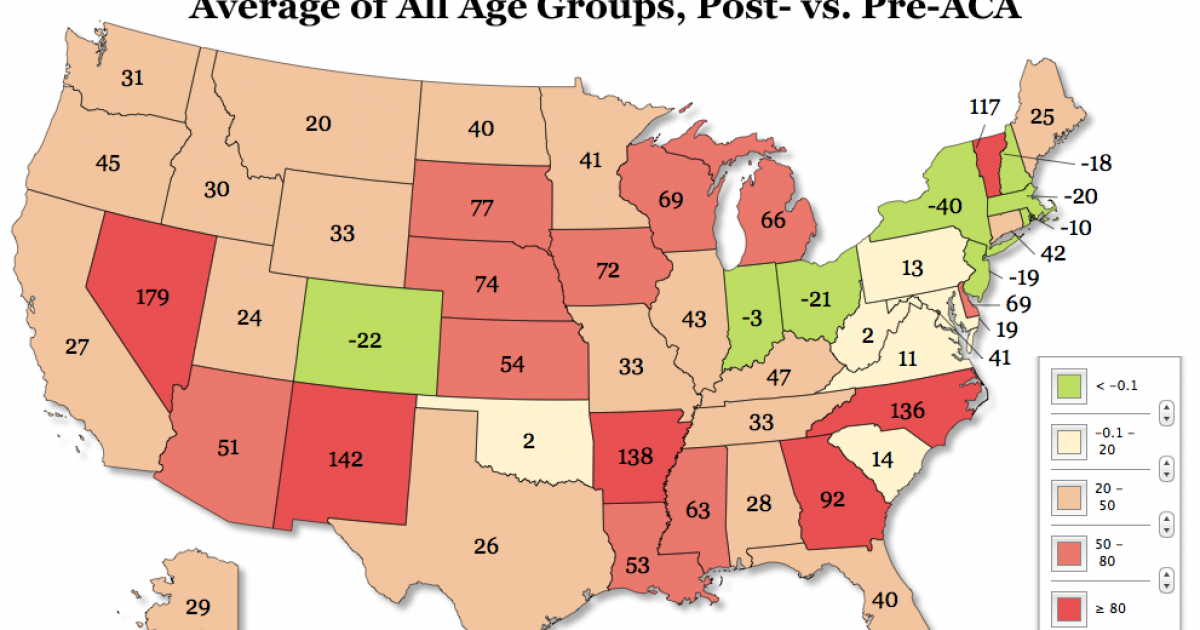 Remember the promise that Obamacare would bend that healthcare cost curve downward? According to an analysis by the Manhattan Institute, that promise goes the way of the “you can keep your insurance, period” promise into the Presidential lie file.

The study analyzed the premiums under Obamacare for people who shop for coverage on their own. In the average state, Obamacare will increase  premiums by 41%. The biggest jumps will be felt by healthy, the young, and the male.

In all 41 states, plus the District of Columbia will face a jump in premiums.

Today’s release, with the third iteration of the map, contains both premium and subsidy data for every state except Hawaii. (Believe it or not, we’ve had success mining data from every exchange website but Hawaii’s.) This nearly-complete analysis finds that the average state will face underlying premium increases of 41 percent. Men will face the steepest increases: 77, 37, and 47 percent for 27-year-olds, 40-year-olds, and 64-year-olds, respectively. Women will also face increases, but to a lesser degree: 18%, 28%, and 37% for 27-, 40-, and 64-year-olds.


Eight states will enjoy average premium reductions under Obamacare: New York (-40%), Colorado (-22%), Ohio (-21%), Massachusetts (-20%), New Jersey (-19%), New Hampshire (-18%), Rhode Island (-10%), and Indiana (-3%). Most, but not all, of these states had heavily-regulated individual insurance markets prior to Obamacare, and will therefore benefit from Obamacare’s subsidies, and especially its requirement that everyone purchase health insurance or pay a fine.

(…) Thanks to community rating, a key feature of Obamacare, insurers are only allowed to charge their oldest customers three times the amount they charge their youngest customers. Because 64-year-olds consume on average six times as much health care as 19-year-olds, this rule has the effect of driving up the cost of insurance for young people.

While the cost hikes for young Americans were expected, I don’t believe anyone outside of the political right believed that the average user of the health care exchange would face an average 41% increase, but then again, they didn’t expect to be thrown off their insurance plans either.