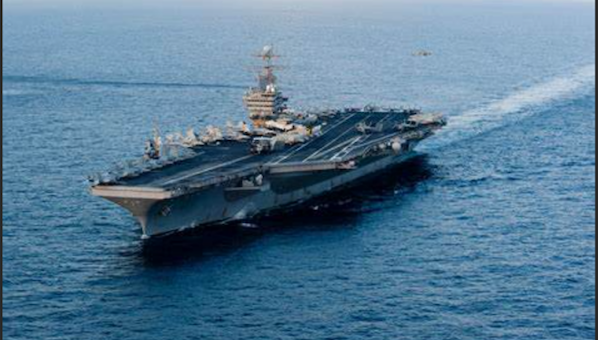 Two US carriers and their strike groups, the USS Ronald Reagan and the USS Abraham Lincoln, two Amphibious Assault Ships, and their Expeditionary strike groups have operated near Japan, Taiwan, and the Philippines. Seems to be making China nervous, for some reason…but it’s their own fault. A May 2 war game with the aircraft carrier Liaoning, and then they did a large-scale surrounding of Taiwan on May 6-8 that was widely viewed as a “rehearsal” for taking the island nation by force:

The largest iteration of the Liaoning aircraft carrier group to date also participated in China’s aerial, naval and ballistic live-fire war game in the waters off Taiwan after conducting military drills near the U.S. Navy base at Sasebo, Japan, on May 2.

“In preparation of and a possible real action of military conflict in the Taiwan Straits, all PLA forces will play their roles, as they will surround the entire island, seal it off and launch effective strikes,” Song said, who noted the lack of amphibious landings and ground exercises.

“By having the Liaoning aircraft carrier group positioned east of Taiwan, the PLA not only cuts off possible reinforcements from foreign interference forces but also launches attacks on military bases east of the Taiwan island and intercepts any escape attempts from secessionist forces.”

The large gathering of US carriers and amphibious assault ships came just a week after the USS Port Royal, a Ticonderoga class guided-missile cruiser, sailed through the Taiwan Strait and was “shadowed” by a ship from China’s Eastern Theater Command. US ships routinely sail through the strait to keep the shipping lanes open from Chinese expansion.

The Navy has often conducted military exercises with Japan and other Indo-Pacific nations. This is reportedly the first time two America-class Amphibious assault ships have been together at the same time in the region. The Amphibious Assault Ships look like standard aircraft carriers but are smaller. They are still capable of carrying helicopters and fighter jets and are primarily for land-based operations. The aircraft carriers are meant to dominate sea and air encounters.

China’s case of nerves in a dangerous game of chess

China tends to lash out with belligerent rhetoric whenever they don’t like something. 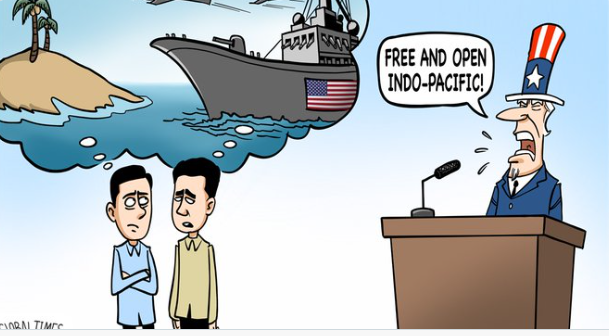 Biden is planning to go to Japan on May 24 and supposedly launch the IPEF (Indo-Pacific Economic Framework), to which China is vehemently opposed. They called it a “stunt” that would divide the Indo-Pacific region. The IPEF agreement is meant to counter China’s economic power in the region. Several Asian nations have expressed interest in joining, while others are expressing reservations.

The Navy conducted “dynamic deterrence” exercises with the USS Abraham Lincoln on May 13, according to a Navy press release. The display of US naval power likely sent a message to China, but according to other experts, China will simply up their own game.