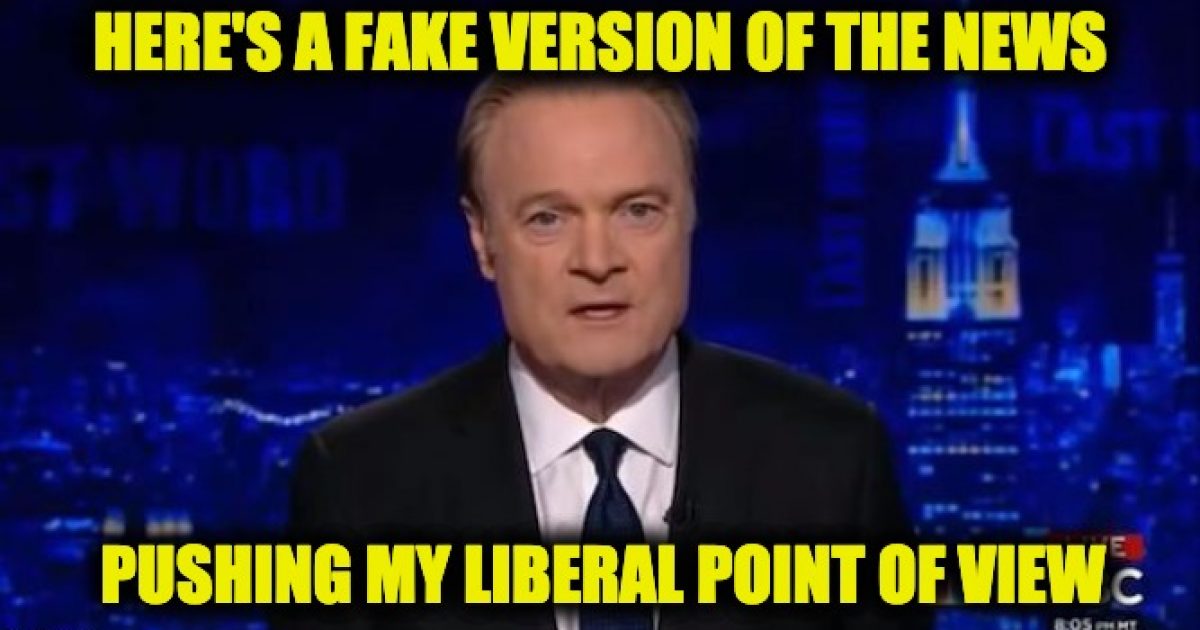 Here we go again… the Russian boogeyman is back, and mainstream media credibility is the worse for wear.

The Lamestream media’s fake news coverage is having a tough time coming up with dirt on our POTUS Trump. Such a tough time, that they are back to making up stuff to make Trump look bad.

On MSNBC’s Tuesday line-up, Last Word with Lawrence O’Donnell started his show with a bombshell. He emphatically proclaimed that he has learned Trump’s tax returns tie him directly to Putin!

O’Donnell even bragged about it to Rachael Maddow during the transition between their shows. Remarkably, Maddow showed some skepticism. Maybe she has had enough talk of “the Russians”, since her collusion paycheck fell apart and she’s had to actually find a new MadCow to milk.

Trying to win Maddow over to his side, O’Donnell said, “that would explain, it seems to me, every kind word that Donald Trump has ever said about Russia and Vladimir Putin, if true, and I stress the ‘if true’ part of this.”

“IF TRUE,” boy he is going to HATE how often he said THOSE words.

O’Donnell began his show Tuesday with,

Oblivious to his own words he added,

“I stress ‘if true,’ because this is a single source,” O’Donnell said, seemingly coming to his senses briefly…

But then emphatically denying reality he continued with,

“I want to stress that this is a single source, that has not been confirmed by NBC News, I have not seen any documentation from Deutsche Bank that supports and verifies this. This is just a single source who has revealed that to me, and that’s where it stands at this point. It’s going to require a lot more verification before that can be a confirmable fact.”

Verification! Hey! There’s an idea! The #fakenews should start VERIFYING their news stories!

Twitter lit up with twits tweeting their brilliant observations. The lefties were salivating thinking they FINALLY got their payday, that they FINALLY nailed POTUS Trump after 3+ years of haranguing.

Top Tweet Twit, Alyssa Milano enjoyed the moment, “Hey, Trump Supporters! Connect the dots! (For F*cks Sake)” — I took a screenshot to immortalize it, I presume she will stealthily delete it soon. Not: I edited the “f” word

“Crazy Lawrence O’Donnell, who has been calling me wrong from even before I announced my run for the Presidency, even being previously forced by NBC to apologize, which he did while crying, for things he said about me & The Apprentice, was again forced to apologize, this time…..”

“….for the most ridiculous claim of all, that Russia, Russia, Russia, or Russian oligarchs, co-signed loan documents for me, a guarantee. Totally false, as is virtually everything else he, and much of the rest of the LameStream Media, has said about me for years. ALL APOLOGIZE!”

“The totally inaccurate reporting by Lawrence O’Donnell, for which he has been forced by NBC to apologize, is NO DIFFERENT than the horrible, corrupt and fraudulent Fake News that I (and many millions of GREAT supporters) have had to put up with for years. So bad for the USA!”

Trump’s lawyers promptly sent out a cease and desist. The demand was outlined in a letter obtained by Fox News that was sent by Trump’s legal counsel to NBC Universal executives:

“O’Donnell and NBCU will immediately and prominently retract, correct and apologize for the aforementioned false and defamatory statements. Failure to do so will leave my clients with no alternative but to consider their legal options which could include immediate legal proceedings against Mr. O’Donnell and NBCU.” 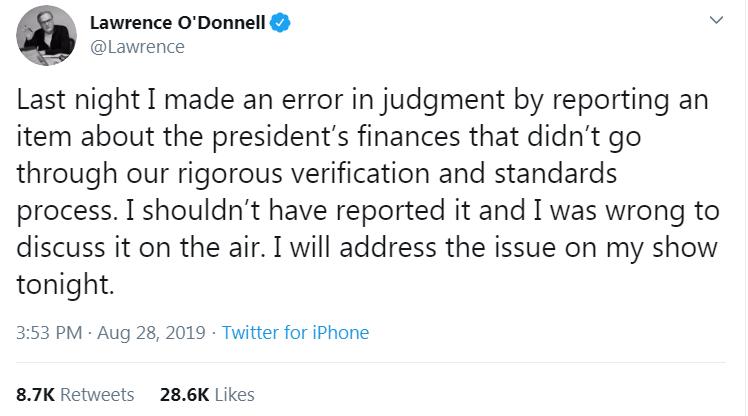 “Last night I made an error in judgment by reporting an item about the president’s finances that didn’t go through our rigorous verification and standards,” O’Donnell admitted to making an ‘oopsie’ in a tweet Wednesday afternoon. “I shouldn’t have reported it and it was wrong to discuss it on the air. I will address the issue on my show tonight.”

“Last night on this show, I discussed information that wasn’t ready for reporting. I repeated statements a single source told me about the president’s finances and loan documents with Deutsche Bank saying ‘if true’– as I discussed the information– was simply not good enough. I did not go through the rigorous verification and standards process here at MSNBC before repeating what I heard from my source. Had it gone through that process, I would not have been permitted to report it. I should not have said it on-air or post it on Twitter. I was wrong to do so.”

O’Donnell acknowledged receiving a letter by Trump’s legal counsel demanding a retraction and an apology for the “aforementioned false and defamatory” reporting and threatened him with legal action.

“This afternoon, attorneys for the president sent us a letter asserting the story is false. They also demanded a retraction. Tonight, we are retracting the story,”

O’Donnell doubled down though… “

We don’t know whether the information is inaccurate. The fact is we do know it wasn’t ready for broadcast and for that I apologize.”

But don’t worry everyone! ANY DAY NOW the Lamestream Media will have something on POTUS Trump and then the House can begin “Peach Mints” (as everyone tired with talk of Impeachment refers to it).

Hopefully, they can come up with what they need before 2025. Can’t say they aren’t trying.

“This is one of the reasons that a majority of Americans have lost trust in the media. Instead of applying ethics and standards to their reporting, journalists and left-wing outlets have weaponized the media, using it to attack and harass people with little to no regard for the truth.”

Boy did that bombshell bombed hard. 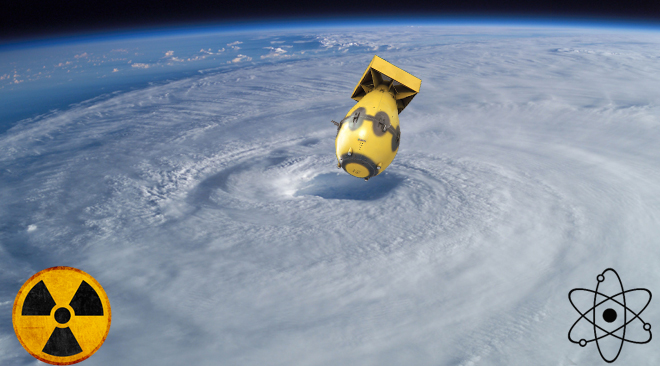 Speaking of Bombs, The MSM spread a doozy this week, on their continuing mission to try to discredit Trump, with talk that POTUS Trump wanted to nuke the hurricanes. In a “SCOOP”, Axios website claimed, Trump suggested nuking hurricanes to stop them from hitting the U.S.

I am sure Axios got their information from the same place O’Donnell did, The Hacker 4Chan.

Trump tweeted in response to the ridiculous assertion, “The story by Axios that President Trump wanted to blow up large hurricanes with nuclear weapons prior to reaching shore is ridiculous. I never said this. Just more FAKE NEWS!”

And later that night sent out another tweet, “Just returned to Washington from France and the very successful G-7, only to find that the Fake News is still trying to perpetuate the phony story that I wanted to use Nuclear weapons to blow up hurricanes before they reach the shore. This is so ridiculous, never happened!”

“Axios (whatever that is) sat back and said GEEEEE, let’s see, what can we make up today to embarrass the President? Then they said, “why don’t we say he wants to bomb a hurricane, that should do it!” The media in our Country is totally out of control!” was Trump’s parting shot the following day.

Admittedly, Puerto Rico is lucky that Trump doesn’t want to nuke the hurricanes. Doubly lucky that Dorian did not hit them this week.

I imagine that conversation would be awkward if another hurricane hit them and they needed funds. Especially after their corrupt government stole $92 BILLION dollars from the United States, and at the same time, blamed Trump and his administration for mishandling the crisis and “not getting anything done,” after the Category 5 hurricane, Maria, devastated the island.

Our President, Trump has been the most vilified, persecuted, stalked, blamed, and harassed president in recent times. In addition, he is losing Billions while trying to Make America Great Again. As opposed to all of the recent Presidents mysteriously MAKING hundreds of millions and really doing NOTHING for this country.

Once all this Social Justice indoctrination B.S. is filtered out of our school system, just imagine what the history and Civics books are going to look like for our future children. I hope this will be the cover on one of their schoolbooks.