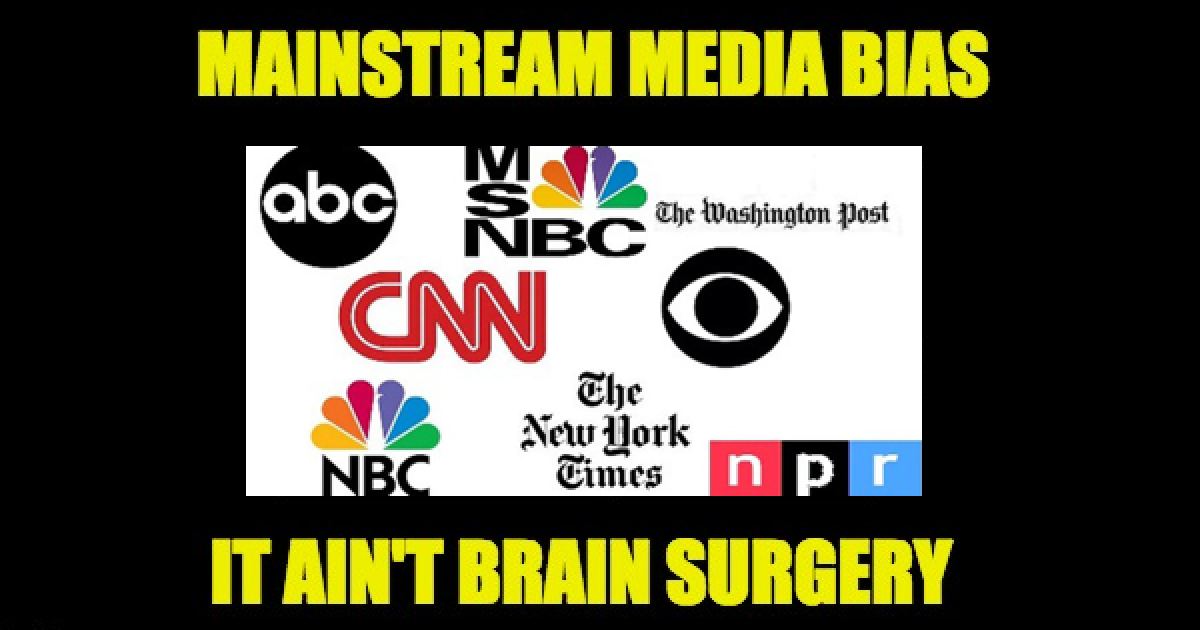 Last week we discovered a new example of how easy it is for media bias to corrupt the news. After all, it’s not brain surgery.

Not that one would know it from the mainstream media, but last week it was revealed the Andrew McCabe former number two guy in the FBI who was fired for lying to…well… just about everybody, spent $70,000 in taxpayer money for a conference room table. Not only was the exorbitant price paid, but the Bureau tried to cover it up. While the MSM ignored the story the Federalist did cover it, saying in part:

The FBI also redacted the conference table’s steep price tag from documents that members of the Senate Judiciary Committee requested, in an apparent attempt to hide it from Congress.

In a letter sent to Deputy Attorney General Rod Rosenstein Wednesday, Sen. Chuck Grassley revealed that the FBI had redacted the cost of the table from a document he and his fellow members of the committee requested to see. Grassley said many of the redactions within the documents made no sense, nor were they made to protect national security secrets.

“Congress, and the public have a right to know how the Department spends taxpayer money,” Grassley wrote. “I am unaware of any legitimate basis on which the cost of a conference table should be redacted. Embarrassment is not a good enough reason. The manner in which some redactions have been used casts doubt on whether the remaining redactions are necessary and defensible.”

How is this an example of media bias?

Back in March when Ben Carson, Secretary of Housing and Urban Development  (HUD)tried to replace a 50-year-old dining room set for $31,000 the media had an absolute cow. One would think he had placed a spy inside the opposing party’s presidential campaign.

The purchase was revealed by CNN on the last day of February, and the media was still railing about the purchase twenty days later despite the fact that Carson had canceled the order as soon as he heard about the cost of the table (via the media).

Testifying during an appearance on Capitol Hill after weeks of scrutiny over the furniture set — a mahogany dining table, chairs and a hutch for private lunches with guests — Carson called the decision to replace the existing set with the new one a “facilities” issue and not a decorating one because of concerns about the old set.

“It’s my understanding that the facilities people felt that the dining room table was actually dangerous,” he told a House Appropriations subcommittee. “People are being stuck by nails, a chair collapsed with somebody sitting in it, it’s 50 years old.”

Another Carson office dining room table controversy media went crazy over is that Carson is a typical married man. That is when faced with selecting a dining room set he consulted with his wife.  For some men, such as Dr. Carson and me, purchasing furniture is much more difficult than brain surgery.

According to the Doctor’s congressional testimony:

I asked my wife also to help me with that.”

Carson said he and his wife were shown some catalogues — again he did not clarify by whom — and said that he had communicated that the prices were “beyond what I wanted to pay.”

“I made it clear that just didn’t seem right to me,” Carson said. “And I left it with my wife. I said, ‘Help choose something.’”

He also said that his wife chose the style and color “with the caveat that we were not happy with the pricing and they needed to find something.”

He added “I’m not really big into decorating. If it were up to me, my office would probably look like a hospital waiting room.”

I’m not justifying a $31,000 dining room set, but unless the Common Core math changed arithmetic totally, $70,000 is more than twice that of $31,000. The mainstream media covered the dining room set purchased by a member of the Trump administration as if it was an act of domestic terrorism, but ignored a much larger furniture purchase by Andrew McCabe, a man who was recommended for criminal prosecution by the Justice Dept. Inspector General. Perhaps the media is protecting McCabe because he used his office to help advance the Democrat Party’s causes, including Hillary Clinton’s failing candidacy for President.

Whatever the reason it’s another example of media bias.

As for Secretary Carson, he not only canceled the purchase of the office dining room set when he discovered the cost but the secretary has taken steps to ensure it doesn’t happen again. Carson established a task force with HUD’s new CFOIrving Dennis that is putting in systems to combat wasteful spending.  According to Government Executive magazine:

“I tell my people, ‘I know nothing about government,’ ” Dennis said. ” ‘I know about process, I know about excellence. I can help with that. You gotta help me with the government side.’ ”

(…) HUD’s employees were so focused on delivering on the department’s mission they had abandoned the requisite structures to enable it.

“It’s a little bit of mission before process,” Dennis said. “My mantra around here is, ‘If we had process before mission, we’d have a better mission.’ ”

To address those issues, Dennis, in collaboration with Carson, set up the task force, which is made up of the CFO and 11 other career and political employees scattered throughout the department. Bringing people from different programs together, Dennis said, should help tear down the silos that had inhibited the department. The committee has met weekly since its inception and has created five project management organizations, each with its own distinct leadership.

The group has already established 25 areas for process improvements, 15 of which it hopes to address in the short term. Goals range from big picture changes that will require funding from Congress and three-to-five years to complete, to simpler objectives such as putting a policy in place for furniture purchases by presidentially appointed, Senate-confirmed appointees (Dennis also wants to establish an orientation program for HUD so future politicals have an easier time transitioning than he did).

Reports of Carson’s efforts to clean up the way HUD spends money is also absent from the mainstream media.  Can Ben Carson get these new controls implemented? Well, we are talking about the person who performed the only successful separation of conjoined twins joined at the back of the head, and the first separation of twins conjoined at the tops of their heads so this should be easy.  After all, it’s not like picking out furniture without your wife (something I could never do).

Of course, as Secretary Carson continues to clean up the Department of Housing and Urban Development, don’t expect to read about it in the MSM. After all, they have an aversion to publishing good news from the Trump administration.