The Sicilian Mafia Has Nothing On The Democrats! 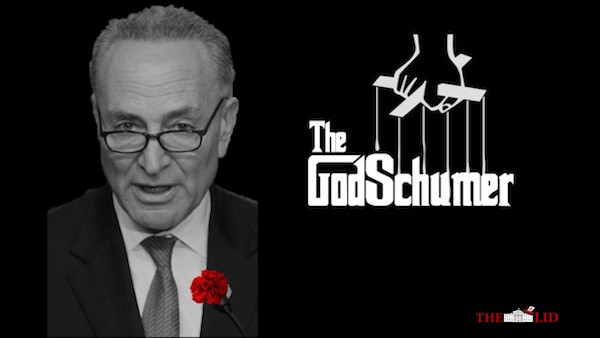 The days, and soon to be weeks, after FBI Director James Comey’s firing have really turned up the heat on the Democrats. Some of you have that confused dog look on your face right about now. I say that because up until November 8th, 2016 the Dems were the American Psychiatric Association’s poster child for the Jekyll and Hyde syndrome.

The so-called “tampering” in the recent presidential election showed emails released by the “Russian” WikiLeaks (according to Mrs. Clinton) disclosing in unfiltered detail how Democrats really felt about their rank and file constituents, those average working Americans. They made fun of Mexicans, blacks, and Jews. We saw firsthand in those emails that, from day one, they had no intention of allowing Bernie Sanders to ever win. They made sure he didn’t get the nomination. Yes, the DNC!

We saw firsthand, after being told questions were never given to candidates in advance of a debate, that, in fact, they had been passed off by the DNC to Mrs. Clinton to give her a leg up. And when Donna Brazile, the Interim Chair for the DNC, was asked if that had happened she emphatically stated that it did not. For added emphasis she said, “As a black Christian woman…” Yup. Every one of the labels that we are never ever never allowed to question. She pulled the race, religion, and woman card all in one breath! But, to my Christian sister, the Bible says the lie will tell on you! And it did. She later had to apologize and recant those words, admitting she gave the questions to Mrs. Clinton in time to prepare for the debate.

Are you following? Lying, cheating, cover up, speaking ill of races, ethnicities, and females. Working against one of their own while insisting that it wasn’t happening. All these issues and who on the Left was outraged? No one. The one in the DNC caught coordinating it all, Debbie Wasserman-Shultz, was actually promoted to an organization that could use her skills, Hillary Clintons campaign! And, she’s still a sitting Congresswoman.

Yet, with all this evidence and proof we are told there is nothing to see here. Move along! No one’s feet were held to the fire and simply put, if there was no action taken against these people then the Democrat Party, the Clintons, the Obamas, Senator Chuck Schumer, Congresswoman Nancy Pelosi, and the rest of the Democrat leadership are all complicit in those vile acts.

This same group called many, many, many times for the ouster of FBI Director Comey stating he was untrustworthy, incompetent, and that he compromised the department and our national security. Many of those same Democrats called for his immediate removal. Congresswoman Maxine Watters stated this week that if Hillary were president then the firing would have been OK. But since it was Trump, it had to be a cover up because as we all know The Clintons are stellar Americans with an impeccable record of service, TO THEMSELVES!

Dems are just sure that Comey was getting closer getting some dirt on Trump, as was evidenced by him asking for more money for the investigation. WRONG! According to Acting Director McCabe, they needed no more resources. They have over 160 agents working the case! He was then asked if the firing would hamper the investigation, stop it, or slow it down. His answer again was, NO! Do the Dems really believe that the only guy who could handle this was Comey? With all of those capable agents, the only one who could keep it together was Comey? Do they really believe that we need an “incompetent” leader at the helm of the FBI? Their words, not mine. That’s one of the words they used to describe him. Why would we trust Democrats with our security when they are so willing to allow someone they don’t trust at the helm? Someone who had to come back time after time to correct his testimony. How much dope are they smoking in DC?

Yes, these same Democrats without one shred of evidence want you to believe that Mr. Trump and his team is in the pocket of Vladimir Putin and the Russian government to somehow give Russia the upper hand in American politics. That somehow all this Russian activity started when Trump decided to run for office. They are outraged that Mr. Trump mentioned while he was campaigning that if the Russians hacked Hillary’s email server they should release every document they got. How dare he ask them to get involved!

Yet many of you didn’t know, or forgot, that Mr. Ted Kennedy asked the Russians to get involved in his run for President. He asked them not to negotiate with Ronald Reagan, the sitting president. And he was to supply them with intel on his opponent, they would release it, and then he would reward them later for a job well done! Dems were good with that.

We are all fixated on Comey and the Healthcare bill and whether or not Trump really got 2 scoops of ice cream to everyone else’s one (yes, that’s a real story CNN covered). But the real story is how dangerous the Democrat leadership has become. How anti-American they have become. Even old-time rank-and-file voters are concerned with how far Left the Party is going and has already gone. Democrats keep the rank-and-file fooled as a good sleight of hand magician keeps his audience fooled.

The most dangerous pilot you can fly with is one who believes he never makes mistakes and believes he knows more than pretty much anyone else. I have had my helicopter pilot’s license for nearly 30 years. And I have seen too many pilots gone too early because of how “smart” they were. Democrat leadership believes they know more than anyone else. They believe they know more than their rank-and-file. Even when polls, their own polls, show the people don’t want it, they vote for it anyway.

Dems have become dangerous because so many blindly follow a leadership that wants more and more power at any cost. They want to be in total control, at any cost. It’s not equality they want, it’s control!

Democrat leadership are the real bullies who tell their fellow electeds, “Do what we say or you’ll end up with all the “crappy” committees and assignments!” or “Vote this way or you won’t get any help in the next election!” Does it happen on both sides? Yes. But the level of thuggery by which the Democrat leadership does it can only be topped by the Sicilian Mafia itself!

Democrats have used the same mantras for years… Republicans hate women, children, clean air, clean water, immigrants, sick people, old people, the Earth, pot smokers, poor people, and anyone in the LGBTQ community. WOW! We are a busy lot of haters aren’t we? And they are just a bunch of fear-mongering bullies who think they can scare you into voting for them. They are the Big Tent Party? Not so much! Only if you are on the inside. Only if you fall in line with their way of thinking. Like a big gumbo, only they got all the ingredients wrong.

Since Trump has been elected, no blacks have been put back in chains (Joe Biden’s claim), women have not had their right to vote or to have abortions taken away, minorities still have the right to vote, schools are still teaching all children, and Al Sharpton and the other MSNBC hosts are still out of jail even though they owe millions of dollars in back taxes.

This is both scary and depressing… Democrats believe Republicans are ALWAYS wrong and Dems are ALWAYS right. And that makes them very, very dangerous!