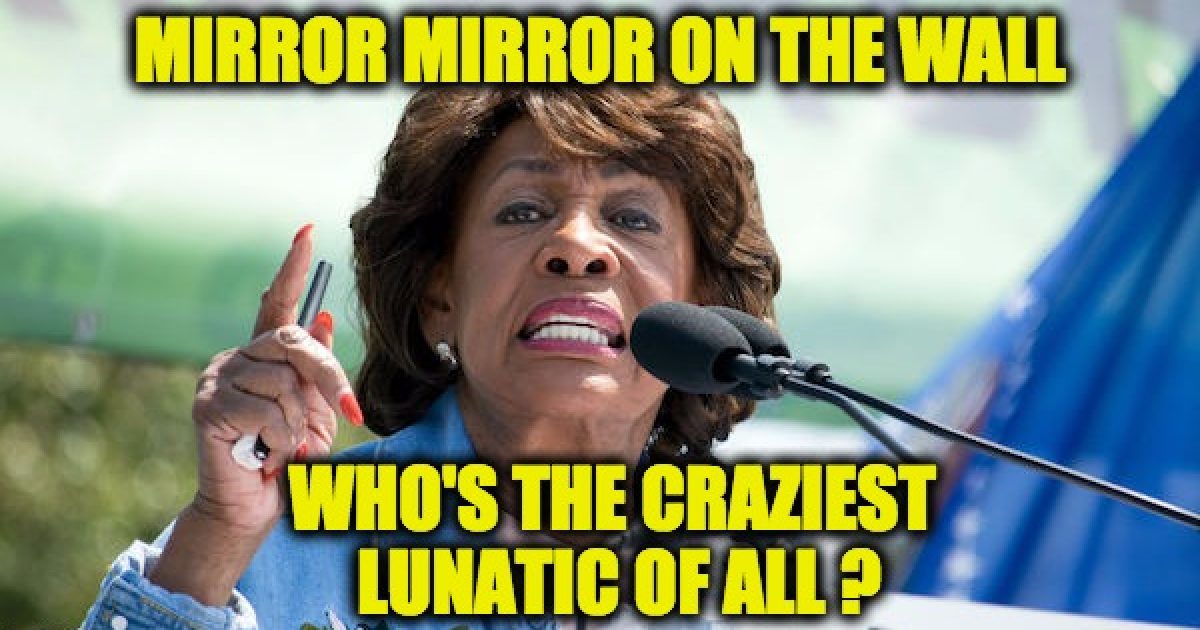 Mad Maxine Waters, the Democratic Party representative from California’s 43rd Congressional has been attempting to make a name for herself by jumping headfirst onto the “resistance” bandwagon, sadly leaving any semblance of sanity behind. Her latest sick claim is that the President is a member of the KKK.

It’s amazing that Waters keeps getting re-elected after all she’s been spending more time attacking the President than she ever had on legislating or working for her ultra-liberal constituents in her home state. Perhaps the only thing she worked harder on was saving her husband’s bank with public funds.

Waters has been nothing more than a sideshow to American politics, spending day in and day out appearing on any news network that will have her in order to make absurd and irresponsible claims about Donald Trump.  Her incitement of her liberal base has added a great deal of fuel to the already volatile fire that is burning within the bleeding hearts of the radical left; a political entity that has previously turned completely violent.

Waters must not have been getting the social media engagement that she was hoping for this week, so she has resorted to even more outrageous claims about our Commander in Chief in order to bring her liberal lunatics back around.

“’I’m not surprised Trump pardoned racial profiler Arpaio,’ she tweeted. ‘White Nationalists, KKK, & Duke celebrated Trump’s election b/c he is one of them!’

“She has also been leading the charge to impeach Trump, saying that she is ‘not running for anything except the impeachment of Trump,’ revealing she and other Democrats are ‘organizing’ to bring Trump down, and leading crowds in ‘impeach 45’ chants.”

But Waters needs to get her name in the news because she has been otherwise ineffective on Capitol Hill in recent months, content with her role as a race-baiting leftist hell-bent on pushing the Democrats’ dump-Trump agenda.

The nation has already seen an escalation of violence surrounding our elected President, with progressives and liberals taking up literal arms against America’s massive conservative majority that placed Trump in the White House back in November.  These dirty and deceitful Democratic tactics, such as the rhetoric of Maxine Waters, does nothing but divide our nation further, and incite horrendous violence within the U.S. population, But at least she’ll get reelected.