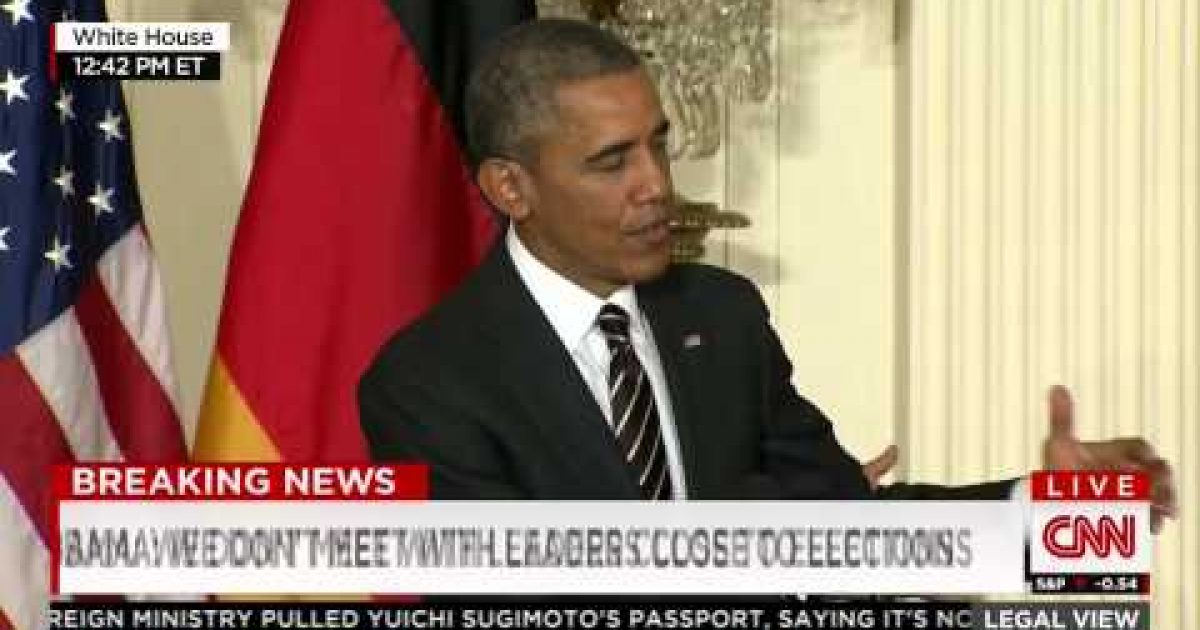 Facebook Twitter Flipboard
The message was clear if Bibi Netanyahu was a real friend like Angela Merkel he wouldn’t have even asked to come to Washington DC if she was close to an election.  But if that is the rule of the administration, why did Kerry and Biden meet with Netanyahu’s opposition over the weekend?

With respect to Prime Minister Netanyahu, as I said before, I talk to him all the time. Our teams constantly coordinate. We have a practice of not meeting with leaders right before their elections, two weeks before their elections. As much as I love Angela, if she was two weeks away from an election, she probably would not have received an invitation to the white house. And i suspect she wouldn’t have asked for one. So, you know, the — so, you know, this is just — some of this just has to do with how we do business.

Lets put aside for a moment that this was a typical childish Obama slam, like all those times he scratched his nose with his middle finger so he could flip the bird without being detected.

Obama might know what Angela Merkel would do, but he has never faced her at a time the US was about to sell out Germany in a nuke deal with a neighbor committed to destroy her?  A deal that Senators in his own party think is a disaster.

And as far as not meeting with people close to an election. Why then did Secretary of State Kerry and VP Biden meet with Netanyahu’s opponents over the weekend?

Vice President Joe Biden and US Secretary of State John Kerry spoke
briefly on Saturday in the hallway of the Munich Security Conference
with Zionist Union Party head Isaac Herzog, who is Netanyahu’s chief
political rival in the March 17 elections.

An aide to the vice
president told the Post that Herzog and Strategic Affairs Minister Yuval
Steinitz [Likud] separately greeted Biden “in passing” at the
conference, but that “no meetings, formal or informal, were held with
either official.”

The VPs excuse is a cover-up. Those conferences are choreographed down to the second, people don’t meet in a hallway unless they are meant to meet in a hallway. And Opposition leader Herzog is milking the meeting for everything it’s worth:

The Israeli media and politicians within Herzog’s party spun his brief interaction with Kerry and Biden in such a way that it appeared as if the opposition leader, not Netanyahu, had the ear of the White House.

It shows that “when Herzog speaks, the world listens,” MK Shelly Yacimovich of the Zionist Union said.

In a speech before the security conference on Saturday evening, Herzog attacked Netanyahu’s decision to accept an invitation from the House Speaker, Republican John Boehner, to address a joint congressional session on March 3 on the dangers of a nuclear Iran.

“It’s a strategic mistake,” Herzog said from the international stage.

“I would never operate this way as prime minister,” he added.

“I am not here to criticize my prime minister. I intend to replace him in the elections,” the opposition leader said.

Indeed President Obama is doing everything he can to make that happen.