Witness Corruption Destroying What Was America's Most Wealthy State 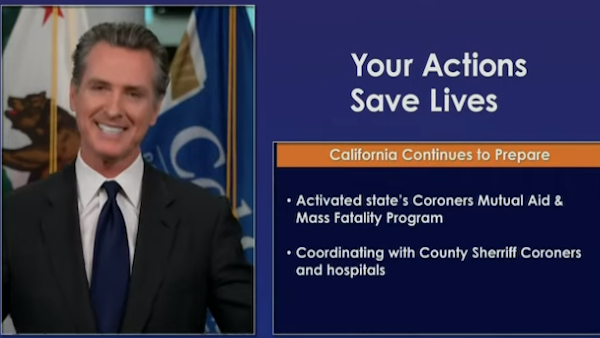 Destruction of the most wealthy state in the nation… it’s coming in the lockdowns from lying California Democrats. They’ve already chased some of the richest companies away from their shores, as Tesla and Oracle ran for Texas. But it’s the corruption of people like Newsom and the other Democrats in charge of the state that has people angry: the lockdowns from lying California Democrats have decimated the economy for small businesses. 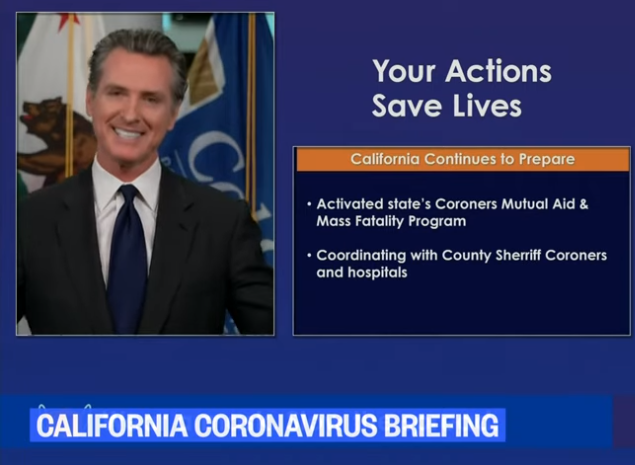 Lying California Democrats could have fixed the ICU issue.

Newsom has locked down the vast majority of the state because their “ICU” bed availability has fallen below 15%. Could he have worked to increase that capacity? Sure, if he’d wanted to. Instead, he added only 7% more beds to ICU (from 7,345 in April to 7,881 in December). All while taking $71 billion in federal money that the California auditor claimed was at “high risk for fraud, waste, and abuse.”

California has had trouble managing federal money in the past. Howle noted nine programs that have received or are expected to receive coronavirus funding were recently audited, and six of them had issues with how they manage federal money, including the Department of Education and the Department of Social Services.

After pledging to use an emergency $1 billion budget measure in March to increase hospital capacity, buy PPE, and protect nursing home residents, Gov Newsom ordered COVID patients to be placed in nursing homes. Let’s not ignore the 6,709 coronavirus deaths that occurred in nursing homes, which was a whopping 34% of California’s total. Still smaller than Cuomo’s total in New York, of course.

The same Democrat politicians who kept warning that California would have to shut down if it hit ICU capacity did little to actually boost that capacity. It’s almost as if they wanted the shutdown.

California Democrats would rather pay out billions in unemployment than actually have thriving small businesses employing workers. That’s not a conspiracy theory: it’s a policy choice.

And these are policy choices that they should be held accountable for.

Meanwhile, they blew through the equivalent of Turkey’s national budget with little to show for it.

Californians, like people living under blue state rule around the country, were told that they had to flatten the curve to be free. Thousands of nursing home residents became human sacrifices to free up hospital beds for infected patients and maintain the metrics of ICU capacity…

…Now, after almost a year of this circus, the same gang of corrupt clowns who did next to nothing to increase ICU capacity are blaming the shutdown on Californians not wearing enough masks.

Every day, people are bombarded on television with the demands to “flatten the curve” by wearing masks. Every day, they are bombarded with fear-mongering by networks that go so far as to show people with horrific, skeleton-like visages from hospital rooms fabricated for the ads. They infer that hospitals are “almost full” with people dressed as medical workers, and sometimes even real ones. They blame it on the citizens. It’s all our fault for “not following the rules.” The brainwashing by the media and governments is so complete that people who are ill-informed run around condemning people who aren’t wearing masks.

The message? You’re going to DIE if you don’t do what we say.

Lying California Democrats could have worked to take care of the problem of ICU beds. Instead, they blamed their constituents. How long will it be before the people figure out that “flattening the curve” has destroyed their livelihoods, their hope while the politicians play?