Ca. City Deciding Whether To Tell Jerry Brown To Shove His Sanctuary Law 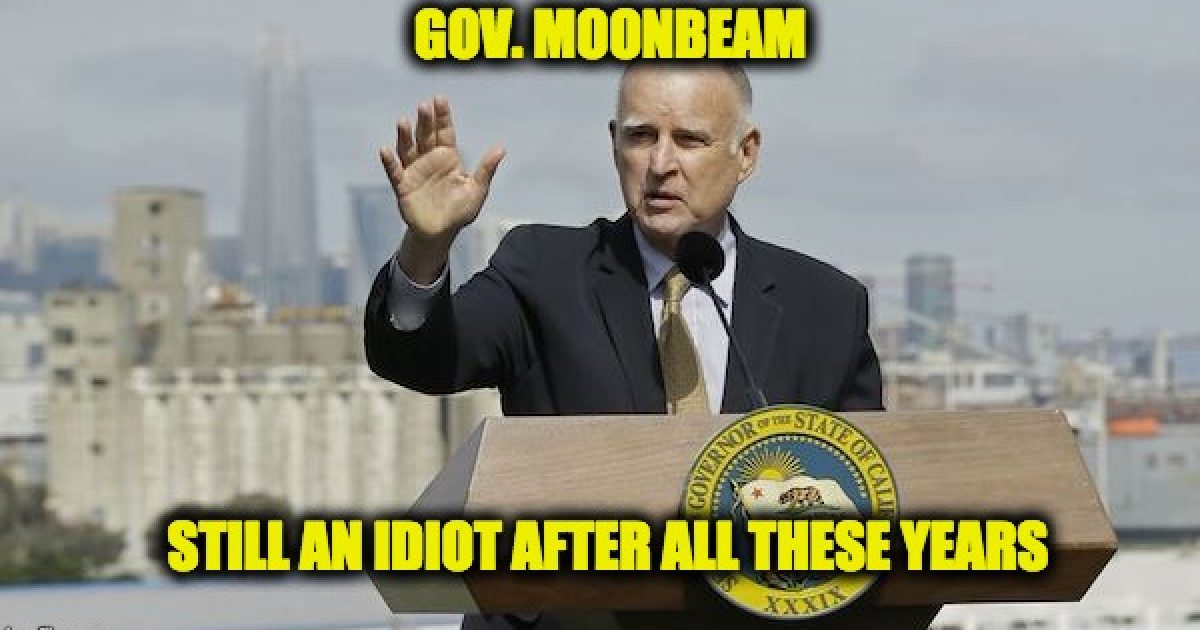 On Monday the tiny city Los Alamitos, California will vote on an ordinance that if passed will tell the state where to shove its “Sanctuary” state designation.

Mayor Pro Tem Warren Kusumoto introduced the ordinance would exempt their city from the California Values Act, SB54, a state law which may be in violation of federal law.  It is believed to be the first attempt by any California city to challenge the Sanctuary law which limits cooperation with any Federal immigration officials.

As reported by the Orange County Register:

The state law, which took effect Jan. 1, “may be in direct conflict with federal laws and the Constitution of the United States,” reads the proposed local law.

Stating that council members have taken an oath to defend the U.S. Constitution, the ordinance says the council “finds that it is impossible to honor our oath to support and defend the Constitution of the United States” and at the same time be in compliance with the new state law.

The vote is 6pm Pacific and it’s picking up support:

Mayor Troy Edgar, saying he wants to discuss the proposal, is tentatively in favor of Kusumoto’s proposal. “The state had overstepped its boundary” in passing the sanctuary law, Edgar said.

Councilwoman Shelley Hasselbrink said that if adopting the proposed ordinance doesn’t negatively impact the city, she too would support  it “to stay consistent with my oath (of office.)”

Some residents welcome the proposed law.

“Everyone holding elective office takes the same oath to uphold the laws to protect and defend the Constitution of the United States. It doesn’t say unless the state legislature decides otherwise,” said Art DeBolt, a longtime community activist, via e-mail. “I do believe somewhere in our history, we fought a war to prevent states from ignoring the law of the land and preserving the union.”

Gee whiz, someone in California knows history and the Constitution.

If the city ordinance passes there will undoubtedly be a State of California V. Los Alamitos lawsuit.