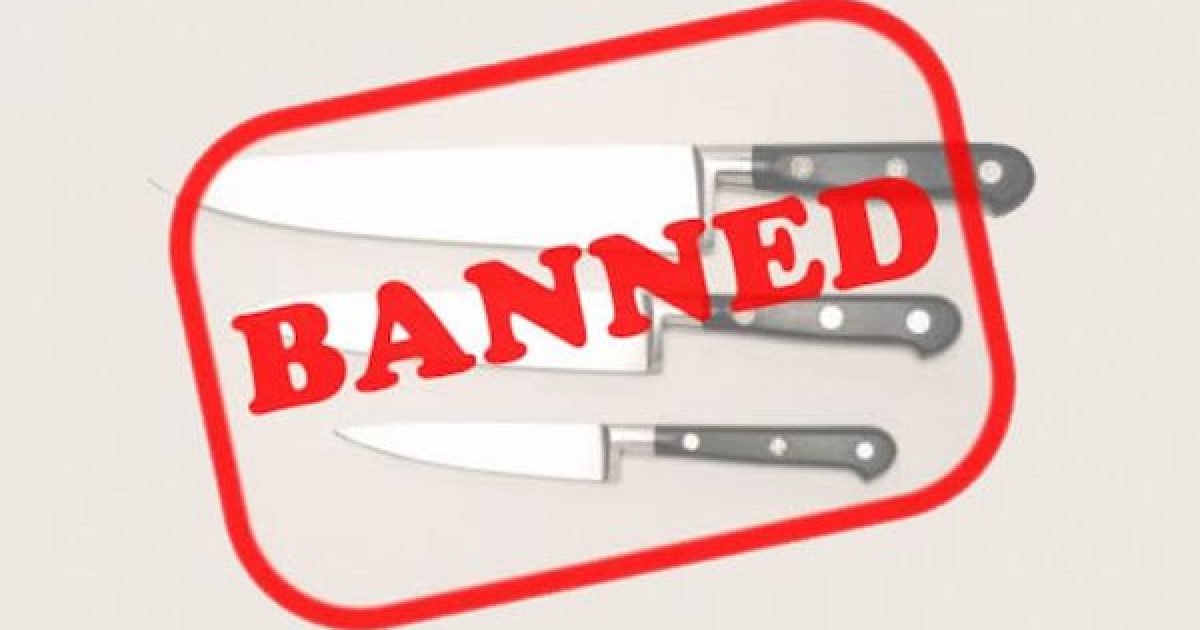 A few weeks ago, the latest data on metropolitan crime was released and peaceful Londoners were shocked to learn that the murder rate in their storied city was about to surpass the murder rate in New York City. No one was more shocked than the city’s mayor who responded with the announcement that from now on London bans knives.

Truth be told, this shouldn’t have been shocking.

The crime rate and the violent crime rate in London have been higher than that of New York’s for years, it was likely inevitable that the day would come when the murder rate would catch up to the other crime statistics.

These facts have taken London, and the UK, by complete surprise because the common mythos around the world is that America is so dangerous because of our ready access to guns. Sadly, if they had paid attention to the data, they would have realized this theory is complete hogwash.

I researched the strictly tightened gun laws in Britain and Australia and concluded that they didn’t prove much about what America’s policy should be. Neither nation experienced drops in mass shootings or other gun related-crime that could be attributed to their buybacks and bans. Mass shootings were too rare in Australia for their absence after the buyback program to be clear evidence of progress. And in both Australia and Britain, the gun restrictions had an ambiguous effect on other gun-related crimes or deaths.

When I looked at the other oft-praised policies, I found out that no gun owner walks into the store to buy an “assault weapon.” It’s an invented classification that includes any semi-automatic that has two or more features, such as a bayonet mount, a rocket-propelled grenade-launcher mount, a folding stock or a pistol grip. But guns are modular, and any hobbyist can easily add these features at home, just as if they were snapping together Legos…

As my co-workers and I kept looking at the data, it seemed less and less clear that one broad gun-control restriction could make a big difference. Two-thirds of gun deaths in the United States every year are suicides. Almost no proposed restriction would make it meaningfully harder for people with guns on hand to use them.

The reality is, that according to the data, gun control has a statistically insignificant impact on crime rates, violent crime rates, and even murder.

Sadly, Sadiq Khan, the mayor of London, doesn’t seem to care about facts, data, evidence, or science. I know this because instead of responding in a logical and responsible way to the reality that violence in his city is growing out of control, he responded by banning knives.

No excuses: there is never a reason to carry a knife. Anyone who does will be caught, and they will feel the full force of the law. https://t.co/XILUvIFLOW

The “tough, immediate” measures also ban home deliveries of knives and acid, two of the most common weapons in London today.

Khan says, “No excuses: there is never a reason to carry a knife.” He’s obviously never lived in a rural area where knives come in handy quite often, and usually not for self-defense reasons.

Oddly enough, liberals don’t seem to see the irony, or the idiocy, here.

The fact that guns are more readily accessible in the USA means that most of our violent crimes and murders are committed using a gun. In the U.K. guns are less readily available, meaning that knives become the weapon of choice. However, the rate of crime between London and New York is about the same… meaning, that the lack of guns has no real impact on the crime rate or the violence in London. So banning guns hasn’t actually been of much use to London.

Throughout history the most effective weapons for violence have been our hands and our feet, even today, most violence is committed without using “tools” and only using our bodies.

No word yet on if London’s leaders have a “fist and foot” ban planned the next time crime surges in their city… but you can bet liberal politicians are discussing it.

Yes why would anyone want to carry a knife or gun for self-defense pic.twitter.com/qDhU3WtBwq