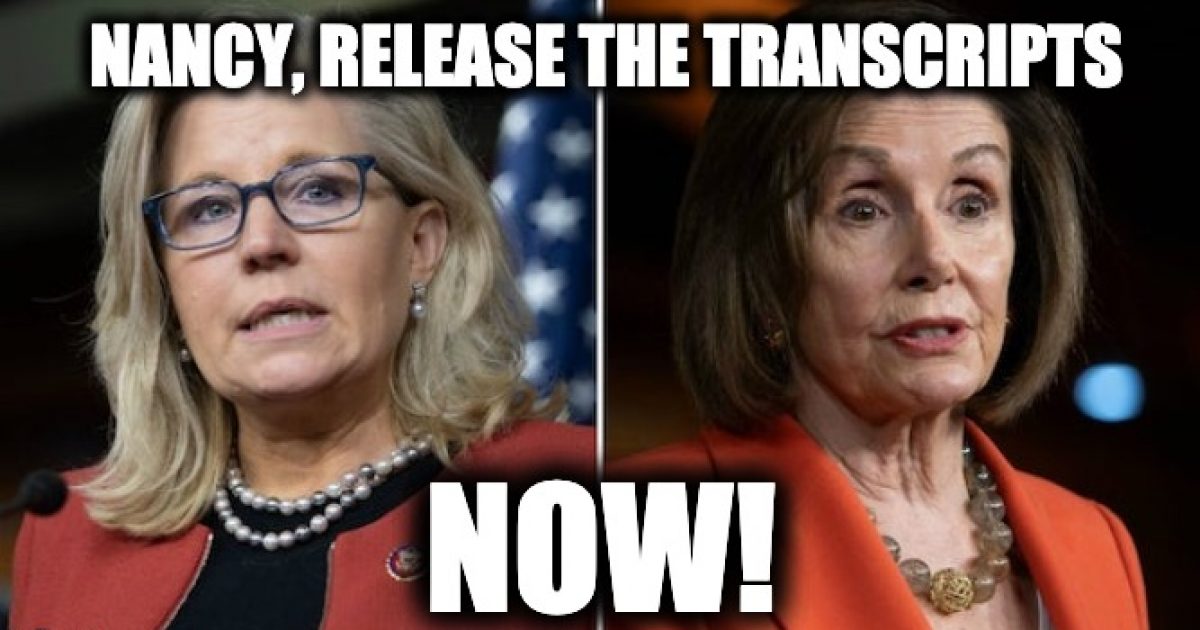 The GOP is sick and tired of the Congressional Democrats’ games.  The entire process has legitimately been described as a “sham,” a “hoax,” and a “witch hunt,” thanks to the secretive and clandestine nature of the Democrats’ work. Now, that the non-impeachment impeachment “resolution” has passed the House on a partisan basis,  the #3 person in the Republican caucus, Liz Cheney demanded that transcripts of all previous witness interviews be made public unredacted right now!

On Friday, Rep. Liz Cheney (R-WY) sent a letter to House Speaker Nancy Pelosi demanding that she release the full transcripts of all depositions in the Trump impeachment inquiry and demanded the end to the selective leaking of documents to the media.

But Liz, Adam Schiff needs to leak like humans need to breathe air.

Cheney wrote in a letter to Pelosi.

“Despite the vote in the House on October 31, House Democrats continue to conduct the partisan effort to impeach the President in secret.  Your duty to the Constitution and the American people, as well as fundamental fairness, requires that you immediately release the full transcripts of all depositions taken since you pronounced the beginning of an impeachment inquiry on September 24, 2019,”

“The selective leaking in which the House Intelligence Committee has been engaged must end immediately and the full and complete record must be provided for the American people to see.”

“In addition, to the extent that you make any redactions in any of the transcripts, all Members of the House must be supplied copies of the full and unredacted transcripts,” 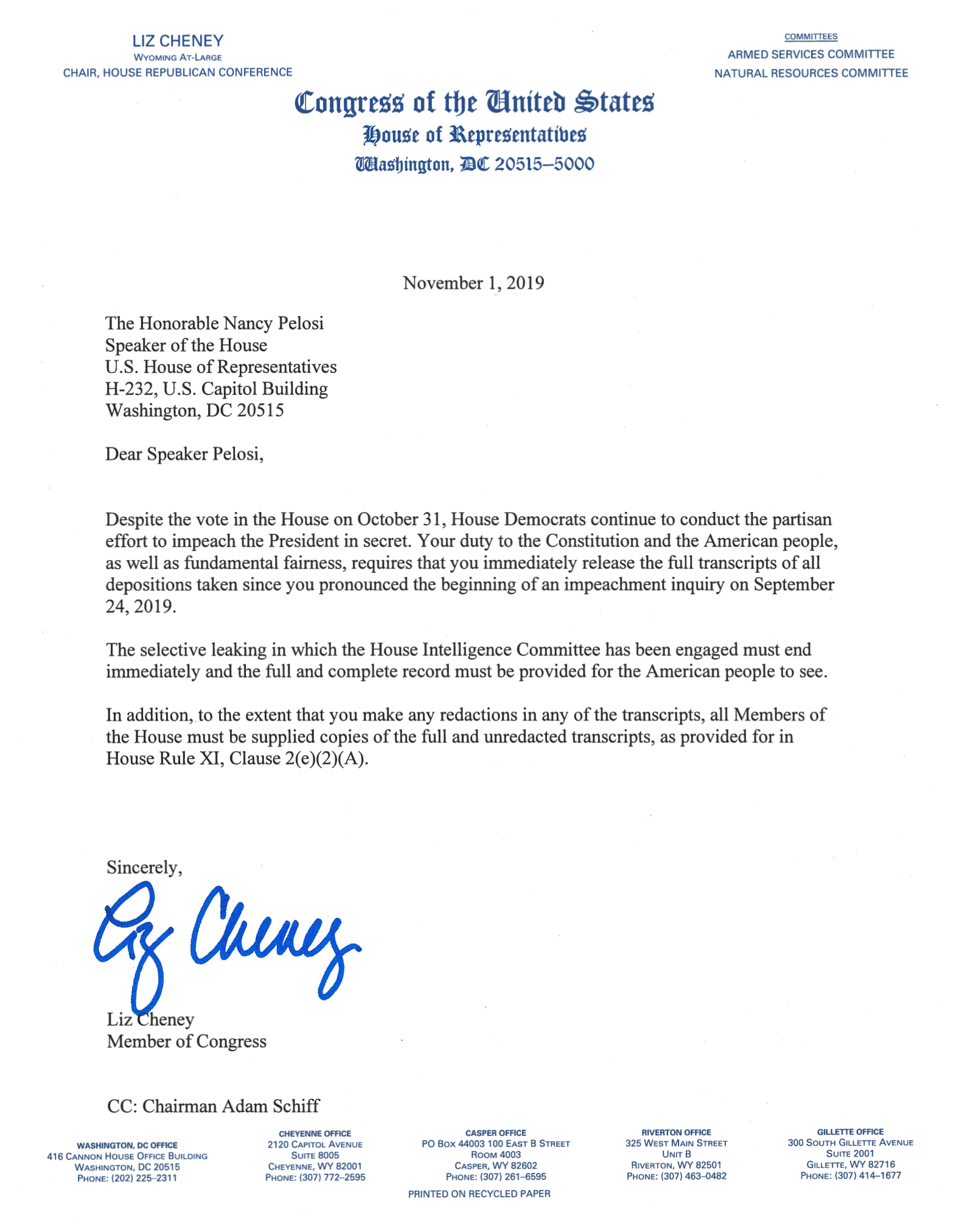 One of the major concerns of the Republican Party is the damage already done by the selective release of information so far. Only the parts of the interviews that sell the Democrats’ witch hunt has been released.  And those parts feed the concerted effort by the mainstream media to galvanize and disseminate their version of the facts so far, without admitting that it is only the anti-Trump part of the story.

“One senior GOP House source told The Hill that “you can expect a bunch of our members to be sending similar letters in the coming days.”