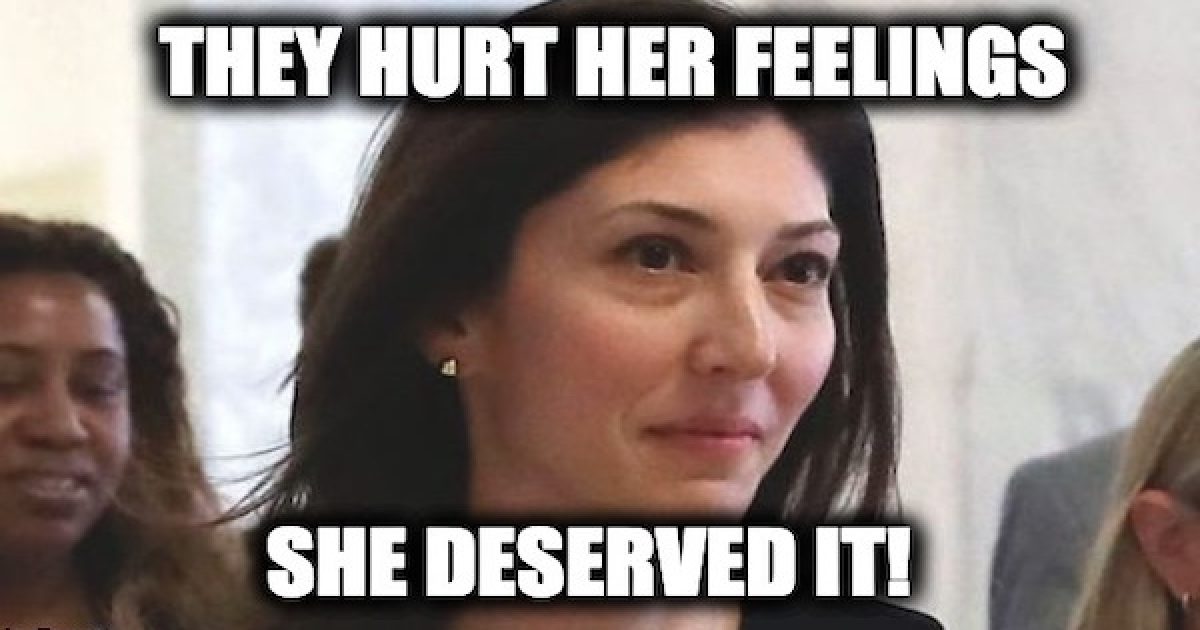 In the lawsuit filed in the U.S. District Court for the District of Columbia and embedded below, Ms. Page says her text messages with Peter Strzok were unlawfully released to the press for “multiple improper reasons,” including AG Sessions trying to gain favor with President Trump.

I sued the Department of Justice and FBI today.

I take little joy in having done so. But what they did in leaking my messages to the press was not only wrong, it was illegal.https://t.co/ecR58rmxlB

Page’s suit claims the message release was an invasion of her privacy and  way the DOJ released the messages were strange:

The December 12 disclosure to the media of text messages pertaining to and about Ms. Page, which were then the subject of an ongoing review by OIG, constituted an unwarranted invasion of Ms. Page’s privacy. Ms. Page’s privacy interest was not outweighed by any public interest in the messages’ release.

Indeed, prior to the disclosure on December 12, DOJ and/or FBI officials could not in good faith have determined that public disclosure was warranted on that basis, given the preliminary nature of OIG’s review of the text messages. Nor would agency officials acting in good faith and with a reasonable basis for the lawfulness of their conduct have released the messages in the manner that officials chose here: ushering reporters to DOJ premises after business hours; allowing them to view, but not copy or remove, the set of messages; and forbidding them from sourcing the material to DOJ.
Defendants’ willful and intentional disclosure of records pertaining to and about Ms. Page has adversely affected her. In particular, the unlawful disclosure has caused Ms. Page the following financial losses:

(a) permanent loss of earning capacity due to reputational damage;
(b) attorneys’ fees relating to investigations and congressional testimony as well as efforts to prevent the release of personal text messages;

(c) the cost of childcare during and transportation to multiple investigative interviews and appearances before Congress;

d) the cost of paying a data privacy service to protect her personal information; and

(e) the cost of therapy to cope with unwanted national media exposure and harassment caused by the December 12 disclosure.

Per Fox News, “The Supreme Court has previously ruled that suits against the government under the Privacy Act for mental and emotional distress are not immune from the doctrine of sovereign immunity, which limits the right of individuals to sue the federal government.” So it can’t be tossed out because one can’t sue the govt., in this case, it’s possible/

Pages suit also complains that the President targeted Page by name in more than 40 tweets and “dozens of interviews, press conferences, and statements from the White House, fueling unwanted media attention that has radically altered her day-to-day life.”

After all the negative talk and anti-Trump planning, perhaps she deserved the Trump derision.

And instead of complaining about her life being altered, what about the lives SHE hurt, take the innocent Carter Page, for example. Lisa Page leaked negative articles about Carter Page?

April 10, 2017: (former FBI Special Agent) Peter Strzok contacts (former FBI Attorney) Lisa Page to discuss a “media leak strategy.” Specifically, the text says: “I had literally just gone to find this phone to tell you I want to talk to you about media leak strategy with DOJ before you go.”

April 12, 2017: Peter Strzok congratulates Lisa Page on a job well done while referring to two derogatory articles about Carter Page. In the text, Strzok warns Page two articles are coming out, one which is “worse” than the other about Lisa’s “namesake”.” Strzok added: “Well done, Page.”

Page’s suit came a day after the Justice Department’s Inspector General Michael Horowitz’s report said she “did not play a role in the decision” by the FBI in 2016 to open the probe into the Trump’s campaign. And the report said that they “did not find documentary or testimonial evidence that political bias or improper motivation influenced his decision.” Which the MSM is misstating as the IG saying there were no politics involved. What his statement means is that everyone questioned said there was no politics involved, and he couldn’t find any evidence to prove they were lying.

Along with her former boss James Comey who did a victory lap after the Horowitz report was released, Ms. Page shouldn’t get too complacent. John Durham has broader authority than Horowitz. He is still working on his investigation. Your behavior may not be as easily excused.

Below is the lawsuit filing;