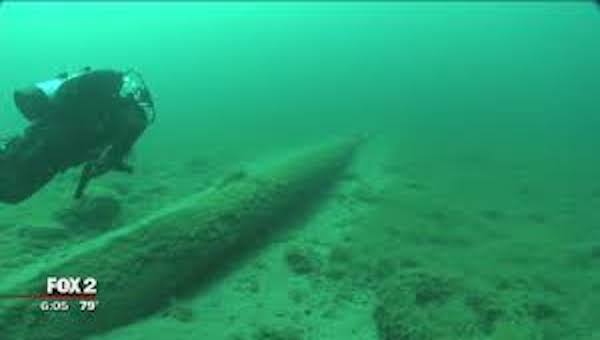 If Michigan Governor Gretchen Whitmer gets her way, fuel prices could get a whole lot worse than they already are. Line 5 pipeline

Since late 2020, the Democrat Governor has insisted that a vital pipeline between Canada and the United States be shut down for the environment.

It’s a complicated issue of jurisdiction since Enbridge’s Line 5 pipeline transports essential crude and natural gas liquids from Alberta through Northern Wisconsin and Michigan and back into Canada via Southern Ontario.

Enbridge insists that the government of Michigan can’t just shut down a pipeline that has had authorization for decades and goes from Canada, through the U.S., and back to Canada.

In a November 2020 Executive Order, Whitmer set the deadline for the shutdown at May 2021, which her government called a “reasonable transition period” to “protect the state’s energy needs.”

These Dems think giving Enbridge 6 months (in winter, no less) to create an alternative for a nearly 70-year old pipeline is “reasonable.” Meanwhile, the company agreed to shell out $500 million for the “Great Lakes Tunnel” — a project that would house the pipeline in rock 100 feet below the lakebed in the Straits of Mackinac inside a concrete-lined tunnel to avoid environmental damage in case of a spill… a thing that hasn’t happened in Line 5’s 69-year operational history. The permits for construction were approved last year.

Despite all of this, Whitmer decided to uphold the deadline and demanded that Enbridge shut down Line 5 by May 2021.

Here is a Detroit news report from that time:

Here’s Canada’s Global News report from around the same time:

Michigan has filed lawsuits against Enbridge, but Enbridge has ignored the shutdown order, and Line 5 is still in operation. 540,000 barrels per day (bpd) of light crude oil, light synthetic crude oil, and natural gas liquids (NGLs) continue to flow through Line 5. The Canadian federal government (who are no friends of pipelines) has backed Enbridge because the shutting down of Line 5 would cause devastating ripple effects in Ontario and Quebec — two provinces where more than half of Canada’s population (and the majority of Canada’s Liberal politicians) resides.

Whitmer’s government is irresponsibly doubling down on shutting down Line 5 even as gas prices are soaring under Biden and the war in Ukraine, putting even more pressure on the costs of fossil fuels.

A recent report by Consumer Energy Alliance (CEA) shows that a Line 5 shutdown would increase the cost of fuel for families and businesses in Indiana, Michigan, Ohio, and Pennsylvania to a jaw-dropping $23.7 billion over the next few years.

A recently published analysis by a consumer advocacy nonprofit maintains that shutting a 4.5-mile section of a nearly 70-year-old pipeline that spans the Great Lakes from Wisconsin to Ontario would impose $23.7 billion in higher fuel costs on families and businesses in Indiana, Michigan, Ohio, and Pennsylvania.

Consumer Energy Alliance’s (CEA) 14-page report estimates that closing Canada-based Enbridge’s Line 5 pipeline in the Straits of Mackinac, which connect Lake Michigan to Lake Huron, would spur regional fuel price spikes of 9.47 to 11.66 percent “independent of any other market conditions, such as the surge in fuel prices observed over the past 12 months that are tied to international oil markets and logistical challenges caused by the pandemic.”…

“The jump in transportation fuel prices will not be borne evenly across all consumer groups,” the CEA report reads. “But given current macro-economic trends, most of these higher costs will likely be passed on to households.”

The increase in fuel costs will radiate through local and state economies, according to CEA.

“Based on research into broader energy price inflation, these cost increases will further push up food prices, especially for beef, pork, and corn. We estimate combined grocery and restaurant prices will rise an additional 0.2 percent to 0.3 percent on top of any other inflationary pressures in the economy,” the report reads. “These energy cost increases will lower economic growth rates, especially in Michigan and Ohio, for years to come.”

Shutting down Line 5 would mean that refineries in Michigan, Ohio, Pennsylvania, Ontario, and Quebec would lose about 45% of their crude oil input, reducing their ability to maintain current production levels.

This would result in drivers in the areas affected paying much more for gas that will have to be transported from other areas. The CEA report estimates a Line 5 closure would cost drivers at least $4.7 billion more each year for gasoline and diesel fuel.

And we know that an increase in the price of gas causes a rise in costs pretty much everywhere else.

Ohio’s Lt. Gov. Jon Husted, a Republican, blasted Whitmer’s “unreasonable and irresponsible” continued insistence on shutting down Line 5 when consumers are already feeling the pinch at the gas pump.

“With what’s going on with Russia and Ukraine, I think the world is learning right now that we can’t be dependent on other nations for the supply of our oil and gas who are adversarial to us,” Husted told Fox News Digital in an interview. “We can work with nations who are allies — in this case, with Canada and Line 5 — but Michigan is being unreasonable and irresponsible with their actions.”

Lt. Gov. Husted’s message to Whitmer is clear, “Let’s be reasonable. Let’s not eliminate an essential supply line for the fuel that powers our states [and] our economy. Gas prices are high enough. We don’t need to artificially restrict supply.”

But the Democrats in Lansing are doubling-down and saying that the high fuel costs show that it’s essential to move away from fossil fuels.

The Russia-Ukraine war, however, hasn’t prompted the Whitmer administration to end its pipeline fight. Nessel, the Michigan AG, recently said she hopes the Biden administration would be more “vocal” on shutting down the pipeline and contends that the impact on Michigan gas prices would be “incredibly minimal.”

“I do wish that the Biden administration would be even a fraction as vocal about the importance of shutting down Line 5 as Justin Trudeau and his government have been about, you know, maintaining a pipeline that has outlasted its lifespan by, you know, two times,” Nessel reportedly told the Royal Oak Area Democratic Club in March.

The increased consumer energy prices have signaled to Whitmer a need to develop alternatives to oil, rather than become more dependent on fossil fuels, her office claimed.

The Big Green Zealots are never going to stop.

They don’t think it’s necessary to have a reliable alternative in place before ending the reliance on fossil fuels that the world still runs on… and they don’t understand basic concepts like supply and demand.

They don’t care if you have to choose between food and housing or if Western democracies rely on places like Russia, Venezuela, and even Iran, for fossil fuels as long as they’re “doing their part” to prevent “climate change.”