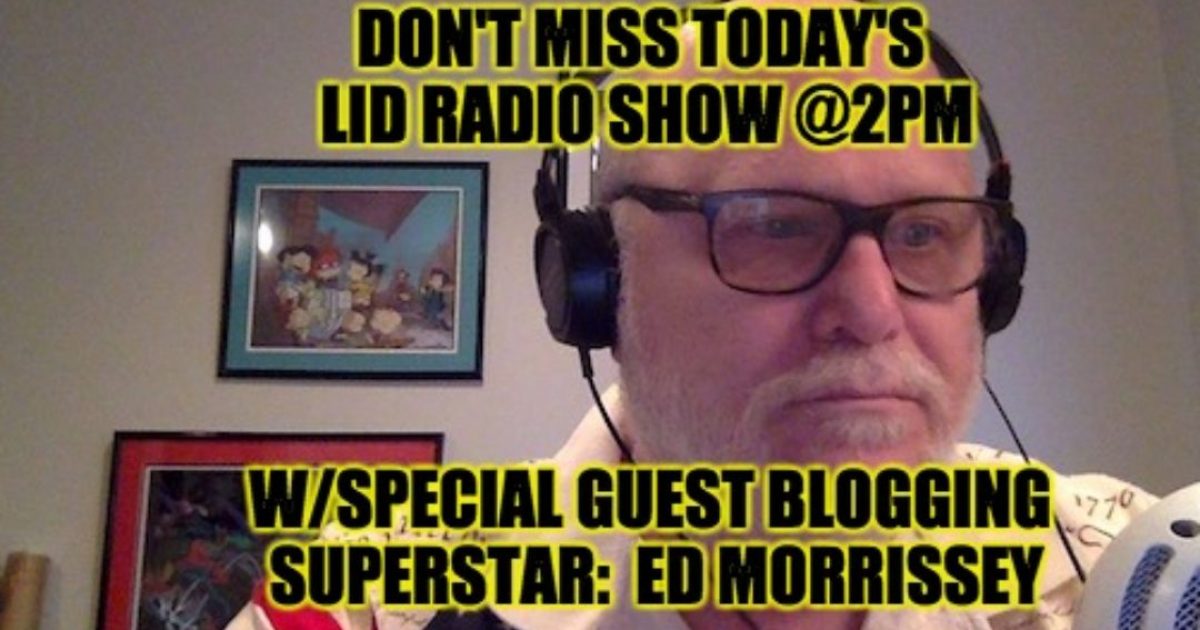 Should Rosanne have been fired? Will the Democratic Party Civil War include a Chuck Schumer vs. Keith Ellison cage match?  Does Nancy Pelosi really support MS-13?  Are we going to have a trade war with the Chinese? If the war happens what will Jews eat on Christmas? Why did the Missouri governor resign after the scandal seemed to die down? Should Trump be pushing for answers on the possible spying of his presidential campaign. Is Ed Morrissey going to Singapore to cover the “maybe summit?” between President Trump and the chubby North Korean despot with the crappy haircut.

The questions raised above, as well as the latest breaking news, will be discussed and analyzed today on the Lid Radio Show from 2-3pm EDT as we welcome my good friend,  blogging superstar, political pundit, radio host, and author ….. Ed Morrissey.

The Ed Morrissey Radio Show can be heard every Tuesday and Thursday at 4PM EST at Hot Air or at the Hot Air Facebook page.  Ed often fills in as a guest on Salem Radio Network’s nationally-syndicated shows, and he also fills in at Relevant Radio, the national Catholic talk-radio network (note: non-Catholics are allowed to listen).

As for your host, along with the Lid Radio show every

Wednesday. I can be followed on twitter @yidwithlid,  the two “Lid” websites  Lidblog.com and on Facebook, and in the Jewish Star newspaper. And If you wish to get the daily Lid Newsletter (it’s free) click on  –>  https://lidblog.com/subscribe/