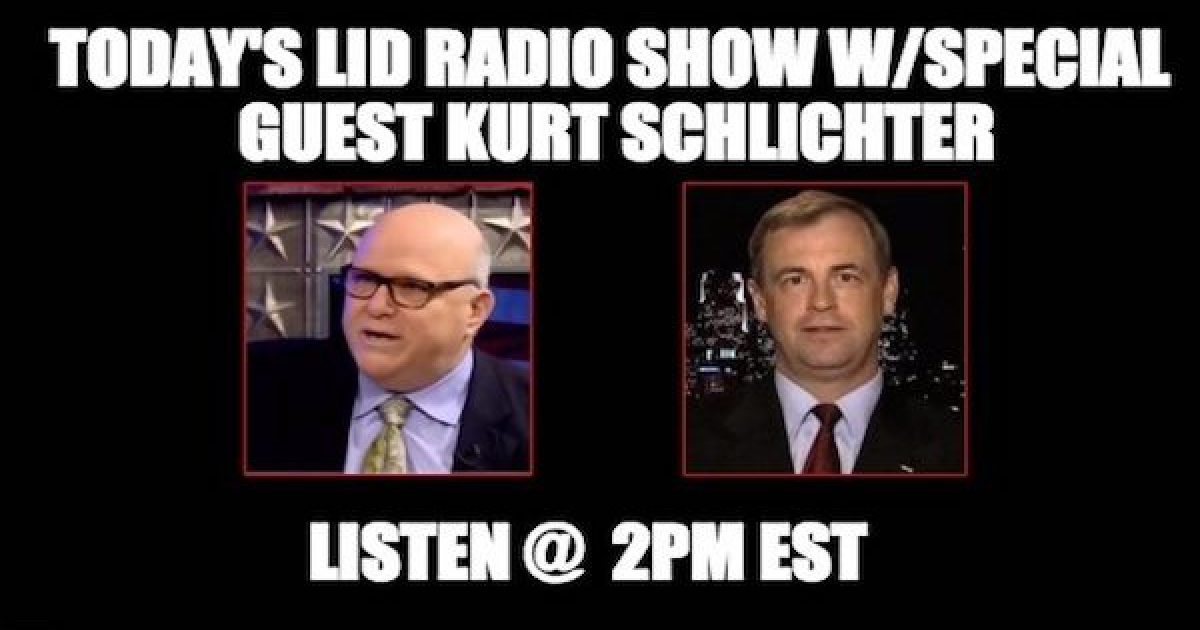 Scroll down the page to listen to the Lid Radio Show w/ guest Kurt Schlichter. Keep reading to watch the promo video and read about what we will be talking about.

Join Kurt Schlichter and me at 2pm Eastern on Wed. 9-26 for the Lid Radio Show.

Kurt Schlichter and I will be talking about his new book Militant Normals and possibly Judge Kavanaugh, Rod Rosenstein and much more. You can listen <Lidblog.com, or at SHRMedia.com If you cannot attend the live broadcast listen to the podcast which will be up soon after the show is over.

Besides being the inventor of the hashtag #caring, Kurt Schlichter is Town Hall Columnist, frequent cable news guest, a trial lawyer based in the Los Angeles area and author of eight books including the one coming out on October 2, Militant Normals, which is a great book.

The basic premise of the book is brilliant.

Donald Trump is only the beginning of a mighty disruption in American politics and culture, thanks to the rise of the militant Normals in America.
They built this country, they make it run, and when called on, they fight for it. They are the heart and soul of the United States of America, They are the Normals, the regular Americans of all races, creeds, preferences, and both sexes who just want to raise their families and live their lives in peace. And they are getting angry…
For decades they have seen their cherished beliefs and beloved traditions under attack. They have been told they are racist, sexist, and hateful, but it 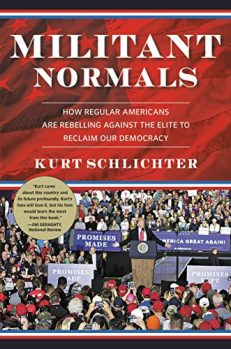 was all a lie. Their ability to provide for their families has been undermined by globalization with no consideration of the effects on Americans who did not go to Harvard, and who live in that vast forgotten space between New York and Santa Monica.
A smug, condescending elite spanning both established parties has gripped the throat of the nation. Convinced of their own exquisite merit while refusing to be held accountable for their myriad failures, these elitists managed to suppress the first rumblings of discontent when they arose in the form of the Tea Party. But they were stunned when the Normals did not simply scurry back to their flyover homes. Instead, the Normals came out in force and elected Donald Trump.
Now, as the ruling caste throws everything it can into the fight to depose Donald Trump and reestablish unchallenged control, the Normals face a choice. They can either surrender their country and their sovereignty, or they can become even more militant…

You can pre-order Militant Normal’s at Amazon, and I recommend strongly that you do, It’s a great book.

You haven’t lived until you’ve heard or read  Kurt Schlichter expound on all things liberal — he has the knowledge, and the spine one would expect from an Army Colonel, to speak up and say the things that too many of lemming-like pundits won’t. He also has a biting sense of humor that will almost make you feel sorry for liberals—almost.

Kurt has one of the most entertainingly brutal and funny Twitter feeds (if you don’t follow him @KurtSchlichter you are missing out).

Among his other accomplishments, Kurt’s a veteran with a masters in Strategic Studies from the United States Army War College, an Infantry colonel in the California Army National Guard and a veteran of Desert Storm and Kosovo. He’s also a former standup comedian which explains his biting humor.

So join us 2pm Eastern Wednesday here at Lidblog.com, or at SHRMedia.com with our great guest Kurt Schlichter.

So PLEASE mark your calendars for 2pm EDT Today and join Kurt Schlichter and me on the Lid Radio Show, You can listen here at Lidblog.com, or at SHR Media.com. And as usual, the podcast will be available here at Lidblog an hour after the program.