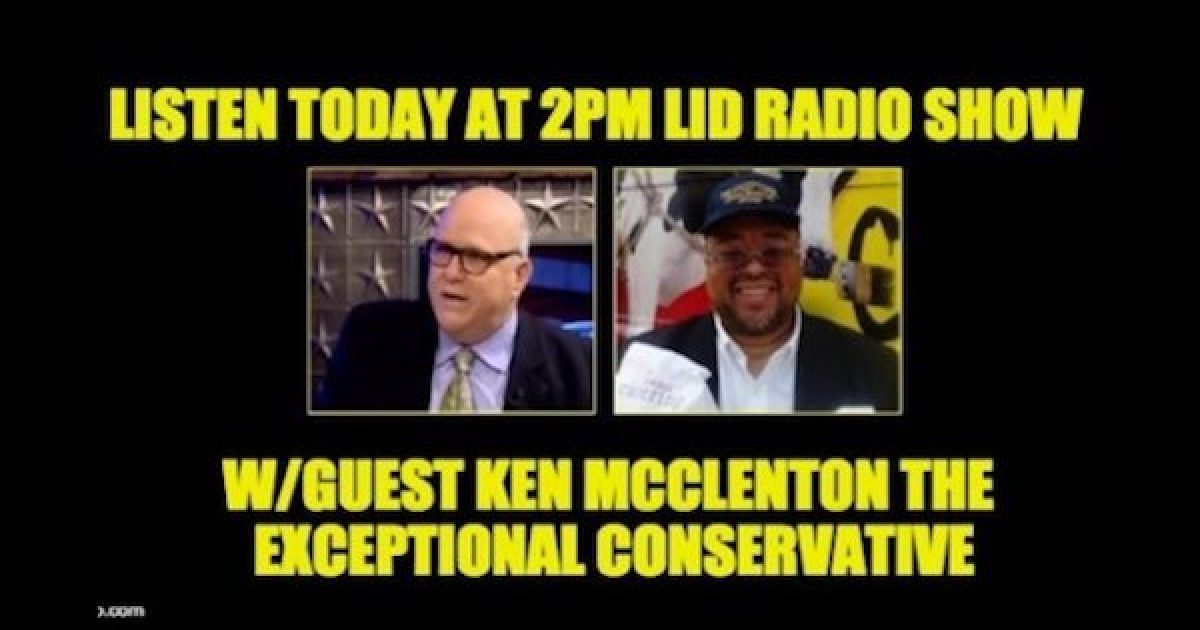 Listen to the Lid Radio Show today at 2pm EDT with our very special guest and my good friend, Kenneth McClenton the Exceptional Conservative.

There much happening this week, President Trump told Iran to stick its nuke deal up its ayatollah, John Kerry told more lies making his Pinocchio-stye chin grow, and he may have broken the Logan Act, Our new secretary of state Mike Pompeo is in North Korea making arrangements for a President Trump/Rocket Boy meeting (and to tell Kim Jung Un that John Kerry tried to steal a poster), Rudy Giuliani explained the reimbursement to Michael Cohen 3 different ways, and most importantly unemployment is at record lows,  money going into the treasury is at a record high, and despite it all the good economic news, liberal politics is destroying the city of Washington D.C.

Ken McClenton’s official bio says he’s an Urban Conservative whose mission is to spread the good news of Christianity, conservatism, capitalism, and constitutionalism throughout the world.  Devoted to life, liberty and the pursuit of happiness, he believes that in order to save the United States, we must mutually pledge our lives, our fortunes, and our sacred honor to save urban America. That is true but there’s more.

You can listen to Ken’s show at the links above or at his website The Exceptional Conservative where you can also learn about the other radio shows on TECN (the Exceptional Conservative Network). Ken can be followed on Facebook by clicking here, and on twitter @kenmcclenton This week Ken is doing a great series on capitalism and what it means for freedom. I listened to last night’s episode and it was great.