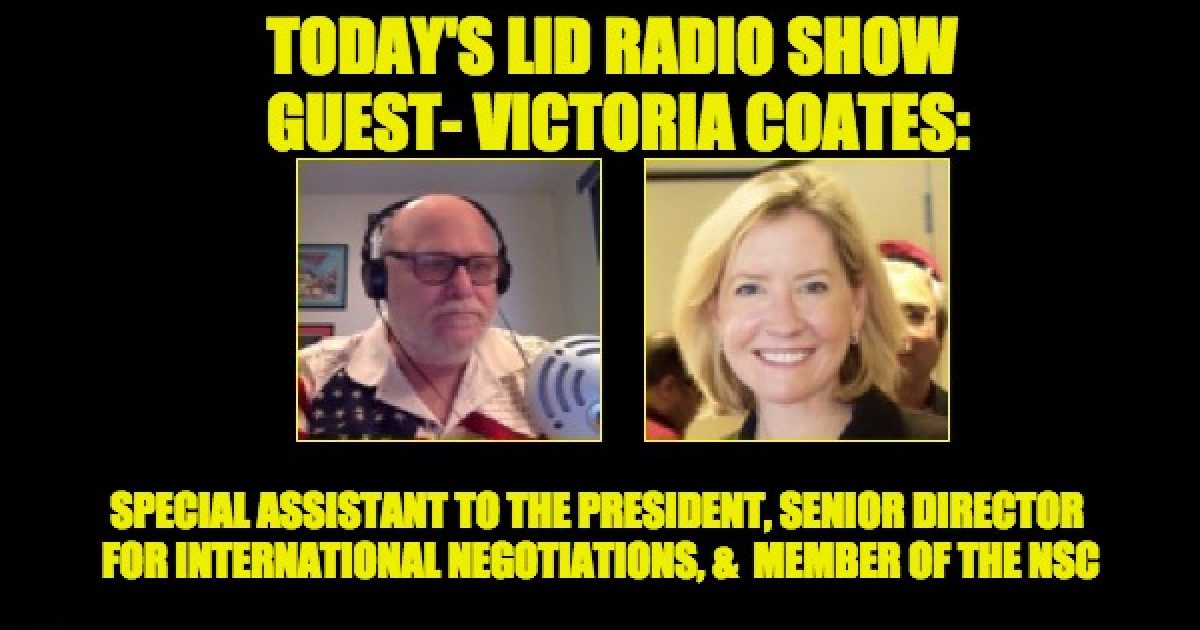 This week’s Lid Radio Show is a special one, our guest is Dr. Victoria Coates, Special Assistant to the President, Senior Director for International Negotiations, and member of the National Security Council for the Trump Administration.  She just came back from Israel where she attended the opening ceremony for the new United States Embassy in Jerusalem (I am very jealous).

Today we will talk about the Jerusalem embassy opening,  leaving the JCPOA, President Trump’s proposed meeting with Kim Jung Un next month, and why she didn’t bring this reporter back anything from Jerusalem.

Coates joined the Trump administration in 2017 after working three years as a foreign policy adviser to Senator Ted Cruz (R-TX). Before that, she was an adviser to former Texas governor Rick Perry during his 2012 presidential campaign. 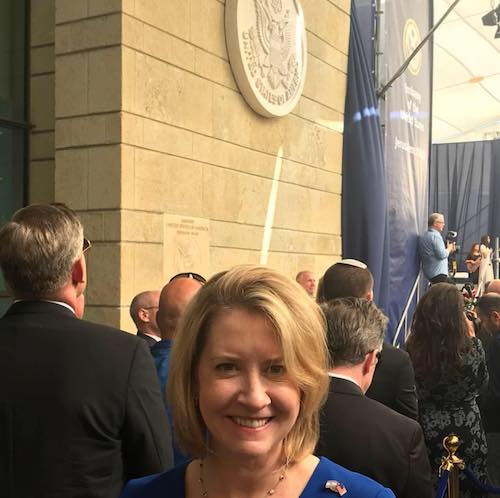 Victoria Coates has an incredible background story, she received her Ph.D. in Art History from the University of Pennsylvania in 1998. While teaching at UPenn, she began to blog under the pseudonym  “AcademicElephant” for RedState, where her writing covered mostly defense,  foreign policy, national security.  Aides to Donald Rumsfeld would sometimes slip one of her columns in his folder of daily reading, and he quickly became a fan. The former Defense Secretary got in touch with the site, telling him that he wanted to meet “that military guy,” only to find out that “she” wasn’t a guy and wasn’t military, but a brilliant historian and strategic thinker. Coates soon left academia to work with Rumsfeld on her autobiography.

Dr. Coates first appearance on the show last November was possibly the most exciting show we’ve had. We had a far-ranging discussion where she explained exactly what the National Security Council does, and described the latest news about some of the hottest of foreign policy hotspots including North 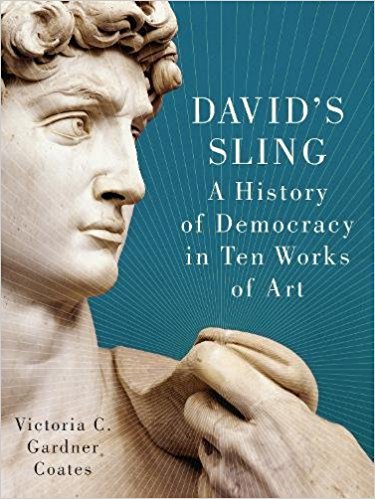 Korea and Iran. We also spent some time on her book published last year, David’s Sling: A History of Democracy in Ten Works of Art. (which is available   from Amazon).

To be honest, Victoria Coates was so impressive I wanted to speak to her much longer, but alas she has a country to help protect, but thankfully she is joining us today.  I guarantee you will enjoy our talk today so be sure to tune in at 2pm EDT by clicking on this SHR Media network or High Plains Talk Radio links (or use the player and chat room below).

Along with the Lid Radio Show live every Wednesday and the podcast. I can be followed  @yidwithlid on twitter, on my sites  Lidblog.com, on Facebook, and my weekly column the Jewish Star newspaper.

Oh and note to Defense Secretary Mattis, while I haven’t written for Redstate in years if you wish to “discover” me let me know;)