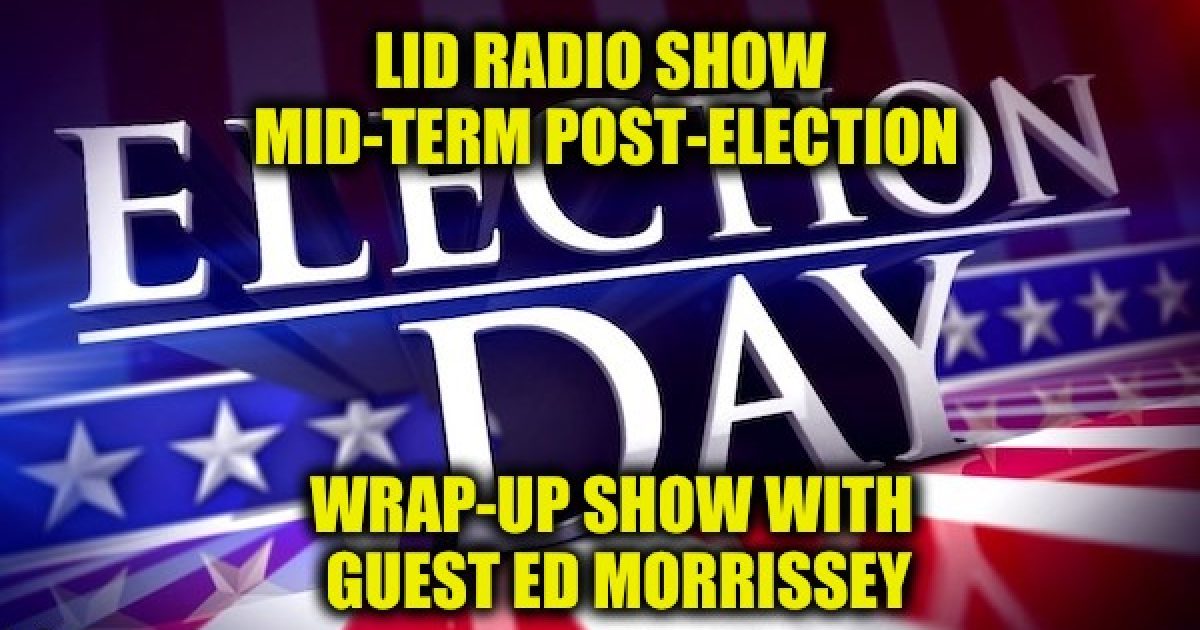 Yesterday was what everyone said was the most important mid-term election in history (perhaps a bit hyperbolic but it was very important). So today on the Lid Radio Show we will analyze what the heck happened and what it means for the future. And to join in on the discussion we will welcome my good friend, blogging superstar, political pundit, radio host, and author ….. Ed Morrissey.

After every significant piece of political news, the first place I go is to is HotAir.com  to read what Ed Morrissey has to say. Ed also has a regular column in “The Week,” and has provided commentary in the Washington Post, New York Post, New York Sun, the Washington Times, and other newspapers.

As for your host, along with the Lid Radio show every Wednesday. I can be followed on twitter @yidwithlid,  the two “Lid” websites  Lidblog.com and on\Facebook, and in the Jewish Star newspaper. And If you wish to get the daily Lid Newsletter (it’s free) click on  –>  https://lidblog.com/subscribe/

ere is the ChatRoll embed: