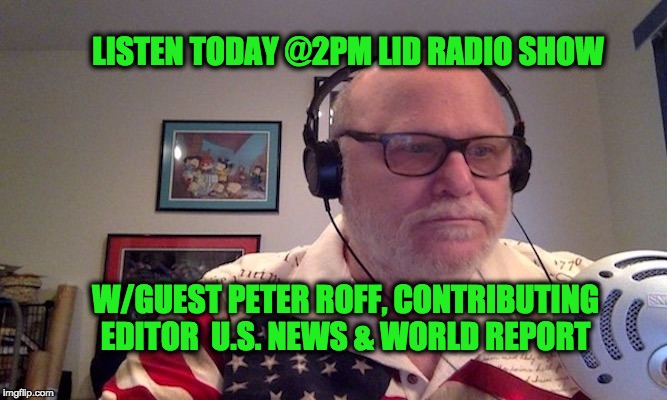 The Lid Radio Show guest today is Peter Roff, U.S. News & World Report contributing editor and longtime observer of the Washington scene. Peter is the perfect guest to help us navigate through this week’s political mess.

There’s so much going on in D.C. right now: ‘repeal and replace,’ the President’s communication department shake-up, rumors of other cabinet changes including Jeff Sessions and Rex Tillerson, and even the new Democratic Party slogan (Better Jobs, Better Wages, Better Future [Better vote the Dems out of Office]). And all this is going on while Vladimir Putin is living inside the heads of Congressional Democrats. Peter and I will be discussing the above plus anything that comes up before we start the show. 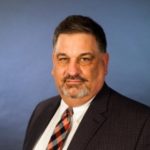 So tune into the Lid Radio Show at 2 pm Eastern by clicking on these  SHR Media network or High Plains Talk Radio, links (or by using the player and chat room below).

If you are not familiar with Peter Roff (and you should be)–Formerly a senior political writer for United Press International he writes about public policy for a number of publications and for public policy groups including Asian Forum Japan where he is a visiting scholar, and Frontiers of Freedom, where he is a senior fellow. Peter has been published widely and appears weekly on One America News’ program“The Daily Ledger.” You can follow him on Twitter: @PeterRoff, and you can read his US News & World Report columns by clicking here (I do)

As for your radio host, along with the Lid Radio show live every  Wednesday and the podcast. I can be followed on my sites Lidblog.com, and the new video site LidsVids.com. Also follow me at @yidwithlid on Twitter, on  Facebook, and in the Jewish Star newspaper.