Liberals Love The GOP Tax Plan, When They Think It’s From Bernie Sanders 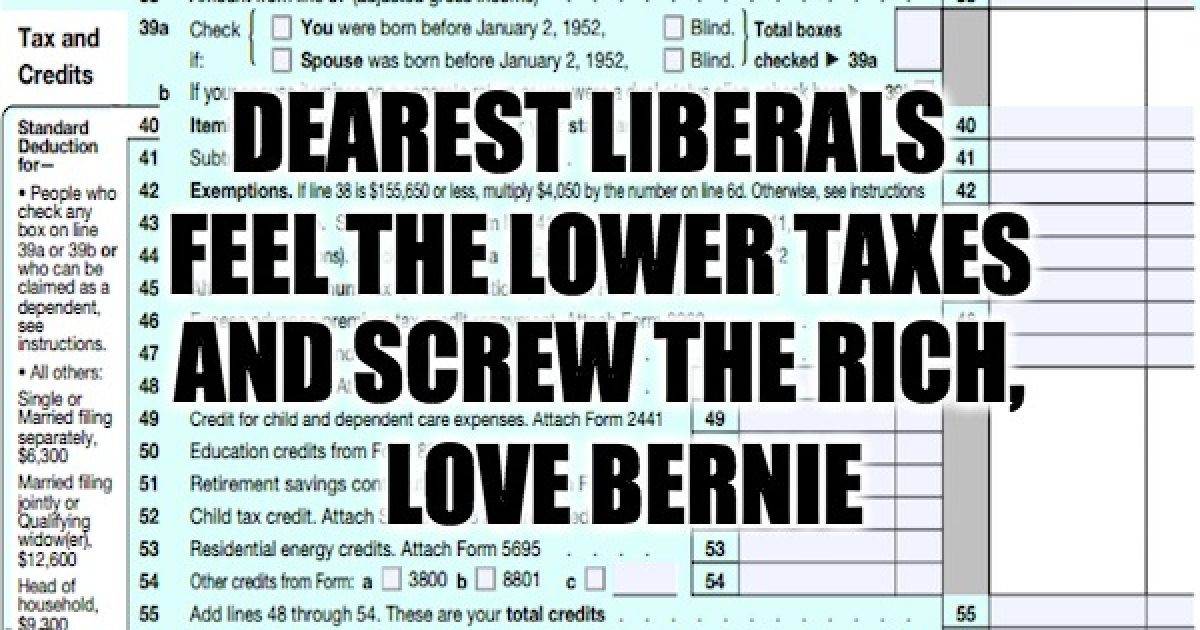 Conservative filmmaker Ami Horowitz took to the streets of New York City to ask people what they thought about the GOP tax plan. The reaction was not unexpected:

“I feel like this is just another excuse for the rich people get a break on having to pay taxes that the rest of us hard-working people have to pay.”

When Horowitz switches gears and asks the same people what they think of Senator Bernie Sanders’ (I-VT) plan, the responses change dramatically.

“I could definitely side with that.”

“I know that people who make a lot of money aren’t going to like that, but that’s just how it is … exactly, right? One percent, yeah.”

“It’s all just rational with Bernie. With Trump, it’s not.”

The only problem? All of the things Horowitz mentions about the “Bernie tax plan” were actually a part of the GOP tax reform bill that just became law.

The average guy/gal on the street in New York City loved the individual aspects of the GOP tax plan once they actually understood what was in the plan. Sadly, because most of them don’t care to listen to anything that Republicans say they don’t ever actually realize what the GOP’s plans consist of.

Let’s all give Ami Horowitz a hearty “thank you,” for proving our point about liberals, logic, facts, and reality. The left simply doesn’t care about these things.