Why Aren’t Libertarians Screaming At The Dems Over Nunes Memo? 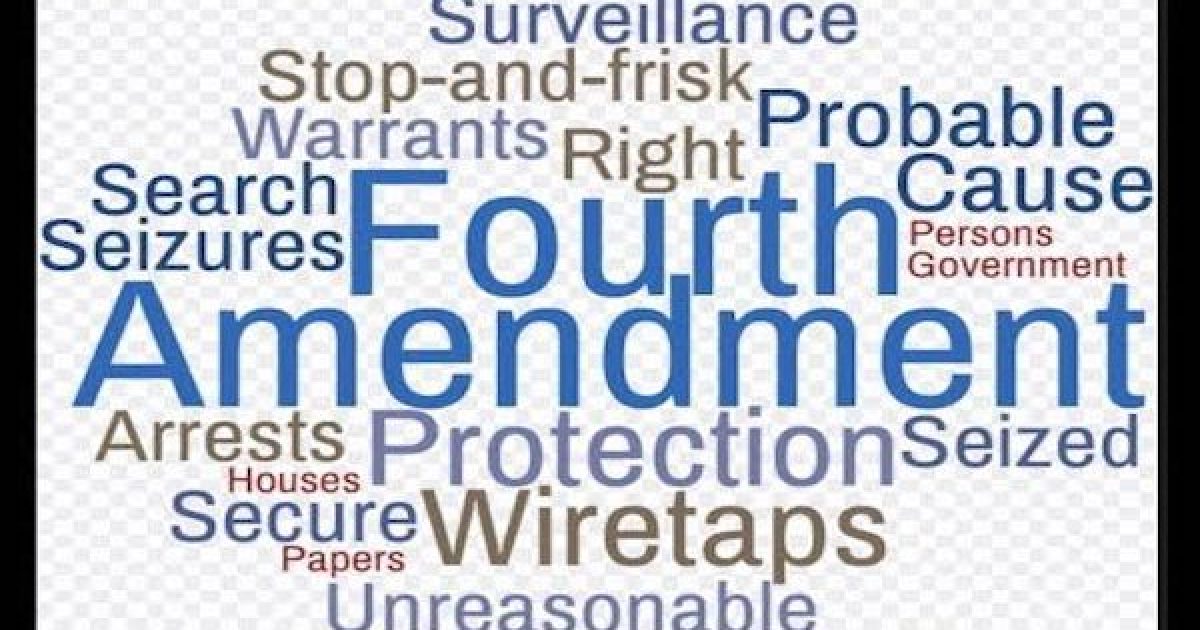 The Nunes memo is not about party politics, protecting the President, or the Mueller investigation. The memo is all about a possible violation of the 4th Amendment and the need to protect Americans from an out of control FISA court process.

Rep. Trey Gowdy (R-S.C.)  who wrote parts of the memo is correct when he says that it has nothing to do with special counsel Robert Mueller’s investigation into Russia’s actions in the 2016 election and the claims of Trump Campaign collision.  However what the memo does prove is at least one case of abuse of power by the FBI which should concern all Americans who value freedom. There may be other cases yet unseen of the FBI using bogus evidence to gain a search warrant on American citizens and those might involve you or me, or anyone who disagreed with Obama’s politics. Remember the IRS Targeting scandal has been proven true (is it possible Obama did the same with the DOJ?) If the Democrats really cared about the country they would be calling for an investigation into ALL abuses of the FISA court system as to protect the American people.

The bottom line is that the FBI used an unvetted dossier to get a surveillance warrant against Carter Page. The Democrats argue that Carter Page’s association with the Russians were well-known within the FBI and he deserved to be placed under surveillance– and that may well be the case. If s,o that’s another failure of the FBI because he wasn’t being survived until the dossier, and if he was a national security threat why wasn’t the Trump campaign warned?  Asst. FBI director McCabe said if it weren’t for the dossier the FBI wouldn’t have tried to get the warrant. And when attempting to get the warrant, they never told the Judge that the Dossier was paid for by Hillary Clinton and the DNC.

Note: The media focus on Page revolves around a trip he made to Russia to give a speech. Before he left he says that then-campaign manager for Trump, Corey Lewandowsky said,“If you’d like to go on your own, not affiliated with the campaign, you know, that’s fine.”

Before the memo was released the Democratic Party objections were based on their contention that it revealed sources and methods, and national secrets, both claims were lies. Now they claim that it is part of a Trump war against law enforcement, another lie. No President in recent history has been more supportive of law enforcement than this one, and if the Nunes memo exposes anyone it’s the top management of the FBI who not only used an unvetted dossier but continued to use new information from Christopher Steele after he was fired as a source. The FBI also used a google news article that was based on information from Steele as part of their FISA warrant.

The Nunes memo has nothing to do with Mueller and everything to do with a government abuse of power to get a warrant that should send shivers up every freedom-loving American’s spine. It is not a “nothing burger” nor is it a win for Trump. It reveals that the FISA court system needs to be re-evaluated to ensure the Fourth Amendment to the Constitution is followed.

But that doesn’t mean the media or Democratic Party politicians disregard the need for protection of American’s freedoms and use the Nunes memo as an excuse to spew their own political points.

For example, Brian Stelter CNN’s media reporter who if Trump announced a cure for cancer would complain that it’s causing over-population saw the memos release as a victory for Sean Hannity:

Let’s be honest. This week Sean Hannity won and the rest of America lost. The pro-Trump media lead by Hannity has circled the wagons around President Trump. They have distracted people around the truth involving  Trump’s Russia ties and they have done everything possible to destroy faith in Robert Mueller’s probe. Look Hannity won, it worked. You’ve got to give him credit where it’s due. Hannity gave a megaphone to the GOP congressman who said they had a smoking gun memo, proving a deep state conspiracy against trump. Hannity hyped it night after night after night in January, like a human countdown clock.”

If Stelter ever took the time to take his head out of his own arse he would realize that exposing an abuse of power is a victory for the American people.

“Minority members of the committee have reportedly drafted a separate memorandum,” the White House acknowledged in its statement on Friday. “The administration stands ready to work with Congress to accommodate oversight requests consistent with applicable standards, including the need to protect intelligence sources and methods.”

But for Schumer to acknowledge that Friday statement would be an act of non-partisanship and putting America first. However, the Senator from New York hates being non-partisan as much as he hates wearing his glasses the correct way.

Dumb -dumb Durban, the Senator from Illinois warned the president not to fire Rod Rosenstein or Bob Mueller based on the memo. Has he ever noticed that Mueller isn’t mentioned in the memo, and the only thing coming from the president about firing Mueller is that he wasn’t firing him?  For example, at the end of December, a reporter asked the president days ago if he was considering firing Bob Mueller. “No, I’m not,” the President answered. Around the same time, Sarah Huckabee Sanders said: “We have no intention of firing Bob Mueller. We are continuing to work closely and cooperate with him. We look forward to seeing this hoax wrap up very soon.”

Earlier the same day Durban made his statement, former White House Chief of Staff Reince Priebus said on Meet The Press, “Of all the things that we went through in the West Wing, I never felt that the president was going to fire the special counsel.”

As far as firing Rosenstein, the only place I’ve heard that the President was going to fire him is from the same MSM who made the false claims of firing Mueller.

In other words, like his buddy the senior senator from New York who can’t even wear a pair of glasses correctly, rather than being concerned about an unconstitutional abuse of power Durban chose to be divisive and spread unsubstantiated rumors, an indication that he doesn’t care about the American people, only about Democratic Party politics.

What a sad state of affairs. A news network that broadcasts according to its hatred of the president, and a political party that doesn’t care about the American people.