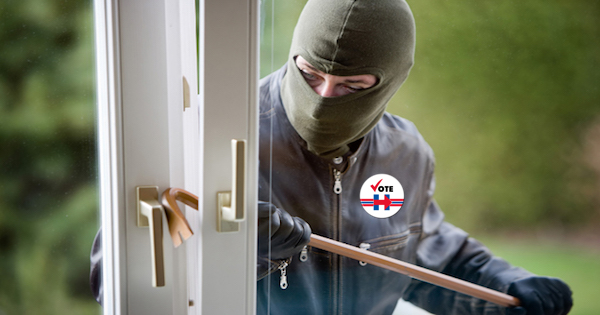 Four researchers sought to discover whether or not political ideology could predict criminal behavior, what they found could upend our entire political and criminal justice systems.

The data was gathered through “self-reported” behavior and is therefore cannot be trusted as a fool-proof result, but it is instructive in explaining important cultural differences between conservatives and liberals. The data gathered and research presented seems to indicate a very strong correlation between political ideology and willingness to commit criminal behavior!

This dramatic chart is both compelling and astonishing:

The researchers do caution against assuming a causal relationship between liberal political ideology and criminal behavior, but they also observe that there is corresponding research that shows political conservatives are more closely associated with reduced criminal behavior.

[Lid note: if someone pointed out Hillary Clinton to them they might have made a stronger correlation between liberalism and criminal behavior.]

There is apparent scholarly agreement that conservatives more strongly value social order, respect for authority, and social conformity and that conservatives are more religious, more conscientious, and demonstrate higher levels of self-control. These traits and values likely inﬂuence lifestyle choices in ways that better insulate conservatives against criminal behavior. Moreover, conservative narratives about “free will, personal responsibility, and morality may gel into cognitive scripts that condemn criminal conduct as immoral and worthy of social sanctions.

Overall, our study joins a growing stream of empirical assessments that document differences between liberals and conservatives. Collectively, these studies show the potent yet often unexamined role political ideology plays in everyday life. Political ideology represents more than disparate views on the proper role of government and adherence to reﬁned political theories. Ideology reﬂects an assortment of correlated beliefs and narratives about behavior that are internalized by individuals. These narratives likely impact individual choices, making some choices more likely and other choices less likely. Criminal behavior may also reﬂect choices rooted in ideological narratives—narratives that promote or reduce the occurrence of crime.