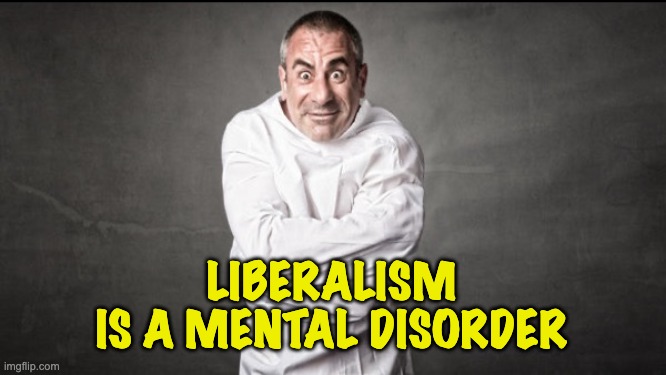 In 2005, radio talk show host Michael Savage wrote a book called “Liberalism is a Mental Disorder.”  The book stayed on the Top 10 New York Times best-seller list for three weeks.  The title became a well-used hashtag on Twitter and Facebook.  But what people using that title for their memes and posts didn’t understand —it’s true.  A newly-released study indicates that indeed there is a relationship between liberalism and mental disorders, at least among young Caucasian adults.

As my colleague Warner Todd Huston explained at Flag And Cross:\:

Broken down by ideological identification to an even greater extent, young white people who identified as “very liberal” were almost one and a half times more likely to report mental health problems than those who identified merely as liberal.

The study also showed that young white females who identified as liberal or very liberal were by significant margins the most likely to report a mental health diagnosis at 56%, compared to 28% of young moderate women and 27% of young conservative women.

A similar disparity, although less extreme, was also found among young white men, with 34% reporting mental health problems, compared with 22% of moderate white males and 16% of conservative white males.

(…) Zach Goldberg, one of those who helped compile the results of the study, noted that the study was not meant as an ideological attack on leftists. Goldberg insisted, “this is a question that’s underexplored and which may shed light on attitudinal differences towards various social policies.”

The results are hardly surprising.

No, they’re not. Personally, I have wondered for years why anyone would support programs that would take away their freedoms.  The only reason could be that they are NUTS.  While they aren’t the only ones who are crazy more than twice the amount of young white liberals are crazy than their moderate and/or conservative equivalents. 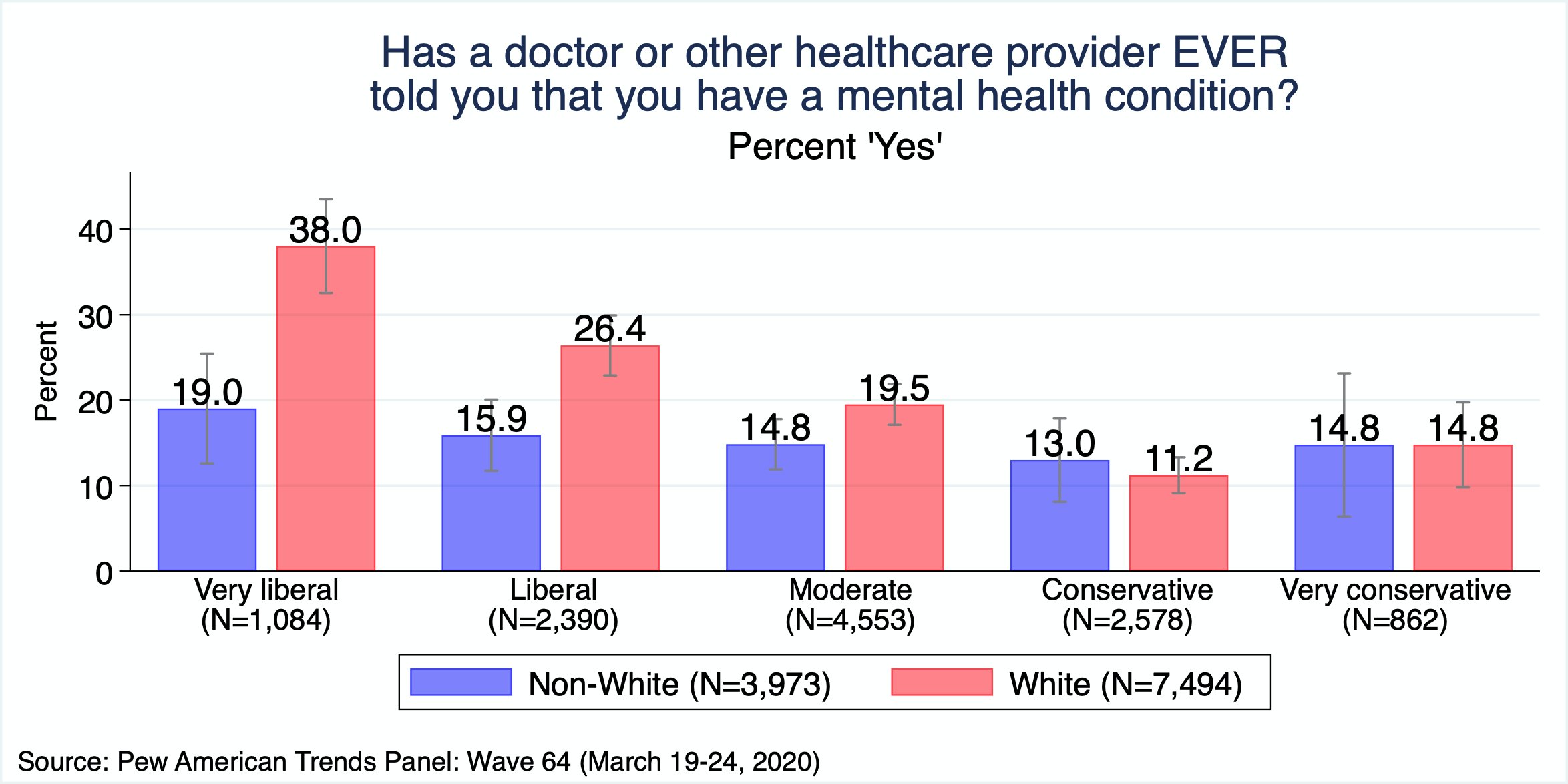 Many of my friends and relatives believe that I am on the crazy train because of my interest in politics. They are probably correct—but what this research seems to prove is if I was younger and liberal, I would be even crazier than they believe I am.