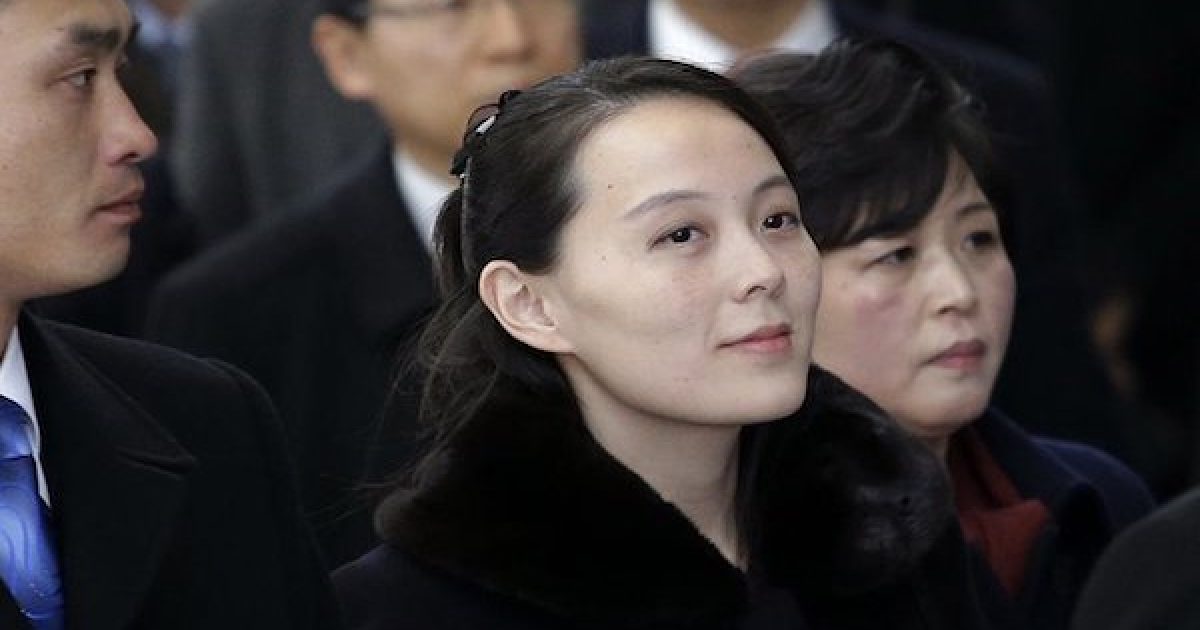 It seems the liberal so-called “mainstream media” have gone beyond simply supporting Democrats over Republicans.  Not only is it decidedly anti-Trump, it appears to have willingly decided to side with North Korea, effectively becoming propagandists for the brutal Communist regime.

On Sunday, the Daily Caller reported:

As the 2018 Olympics Winter Games began in South Korea, reporters from various networks clapped like seals at North Korean dictator Kim Jong-Un’s pathetic attempt at charming journalists into accepting his regime as legitimate, choosing to woo them over with synchronized cheer squads and having his sister Kim Yo Jong leer at Vice President Mike Pence.

CNN led the charge, tweeting out an article with a title claiming that “Kim Jong Un’s sister is stealing the show at the Winter Olympics.” What show she’s stealing is unclear, as most Americans were under the impression that they were trying to watch sports, not dolled up murderers. Unsurprisingly, CNN needed three of its best and brightest reporters to come up with that thesis.

Kim Yo Jong is no innocent bystander to the despotic regime, she’s Director of the Propaganda and Agitation. “After her brother’s accession to power, became “one of her brother’s close aides,” who managed “his public events, itineraries and logistical needs, among other tasks,” according to the North Korea Leadership Watch blog post.”

The 2018 Winter Olympics were in full swing and Kim Yo Jong, the sister of North Korean dictator Kim Jong Un and head of their Propaganda and Agitation Department, had bizarrely become a liberal media darling. Despite the fact her job entailed censorship and glorifying public executions, numerous outlets had touted her for “stealing the show,” winning “diplomatic gold,” being the “Ivanka Trump of North Korea,” and hyping the extremely creepy North Korean cheerleading corp.

CNN, who has a history of climbing into bed with murderous regimes (Iraq and Saddam Hussein) to stay relevant, was one of the more notable outlets singing North Korea’s praises. On Saturday, three reporters published a disgustingly gooey puff piece about the North Korean gulag queen “stealing the show” at the Olympics.

That was in addition to another piece where CNN ran the headline touting: “North Korea is winning the Olympics –and it’s not because of sports.” “This time around, however, the North has gotten the kind of publicity money can’t buy,” reporter Jamie Tarabay gushed. “Her historic visit to the South — the first of any member of the ruling Kim family — generated significant media attention, gracing news broadcasts and front pages across the world.”

Oddly enough, Clay Waters said at Newsbusters, “It was up to Buzzfeed, of all places, to put the media’s newest princess in perspective under the salty title, ‘PSA: Kim Jong Un’s Sister Is Not Your New Fave Shade Queen. She’s A Garbage Monster — What the hell is wrong with you people?’ Subheads included reminders that ‘the North Korean regime actually enslaves many of its citizens….Kim Yo Jong’s family literally runs gulags.’”

And, Fondacaro added, not everyone in the Democrat-media complex rooted for the North Koreans:

…NBC News’ Willie Geist, who’s in South Korea, slammed outlets giving them positive coverage. “I can report South Koreans here in Pyeongchang are not as enthralled with Kim Yo Jong and the North Korean cheerleaders as it seems some media are back home,” he tweeted. “Something about N.K. killing, starving, & imprisoning its people while threatening South Korea with nuclear annihilation.”

“Wait people are still tweeting this crap?” The Huffington Post’s Yashar Ali tweeted in response to the New York Times article noted above. His timeline also includes such gems as “I can’t with this tweet. Jesus.” to CNN’s, and “What the hell are you doing Reuters?”

I can report South Koreans here in Pyeongchang are not as enthralled with Kim Yo Jong and the North Korean cheerleaders as it seems some media are back home.

Something about N.K. killing, starving, & imprisoning its people while threatening South Korea with nuclear annihilation.

‘
The Daily Caller’s Joe Simonson nailed down the reason for the love-fest to one thing — the media’s hatred of Donald Trump:

It goes without saying that North Korea’s conduct during this weekend was a deliberate attempt to make their regime appear sympathetic and create the illusion that the United States is the true barrier to peace between the two nations. Journalists, with their fancy degrees and ostensible interest in appearing educated, should know this better than anyone else. Of course, only one thing could cloud their moral judgement this much: A Republican in the White House.

Not just any Republican, but Donald J. Trump.  Although, we suspect it wouldn’t matter which Republican was in the White House.