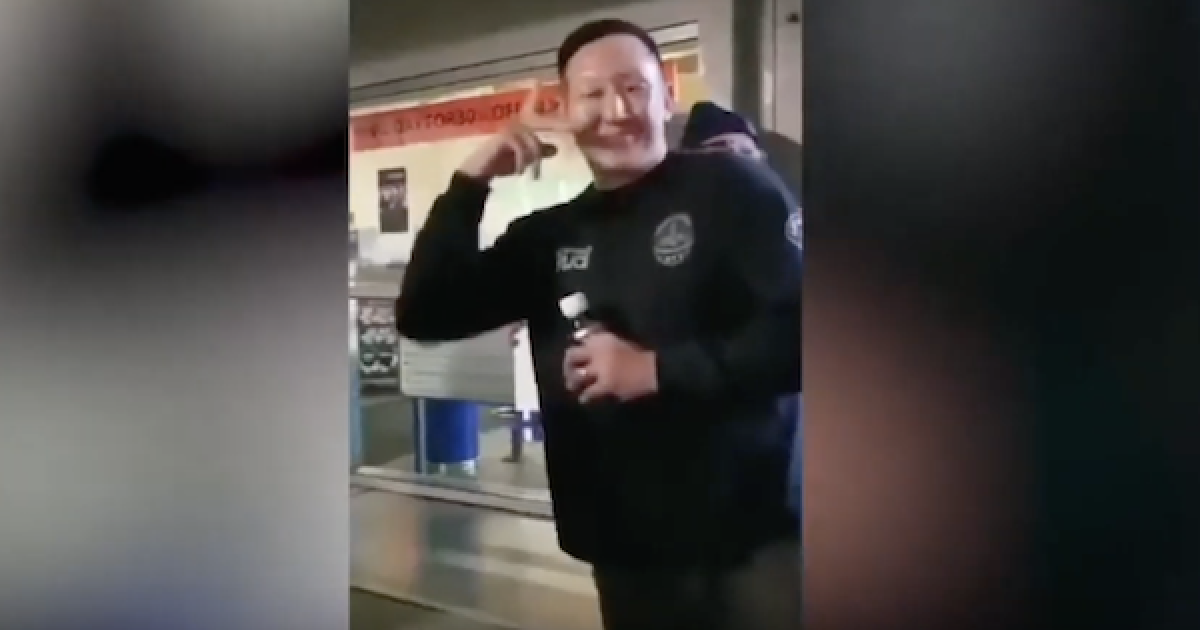 Last week liberals in Los Angeles went crazy when a man wearing a black Los Angeles Police shirt was seen on video yelling “white power.” It has been confirmed the claim was a liberal lie. The man is not a police officer but was just some idiot wearing a police shirt and stirring trouble.

The Asian man wearing a black LAPD long-sleeved shirt showed up at a Black Lives Matter protest in Hollywood and began making the so-called “white power” hand sign and yelling out “white power” as he did so. Naturally, it antagonized the leftists at the protest.

In short order, leftists began spreading the video around saying that the man must be a Los Angeles police officer and they used the video to “prove” that the LAPD is “racist.”

The video was recorded last Thursday near a 24-hour fitness gym in Hollywood.

A Black Lives Matter Twitter account immediately called this man a police officer — despite having no proof whatsoever.

After the LAPD was alerted to the incident, the department began looking into the man. The department now says that they identified the man and he is definitely NOT a policeman, the LA Times reported.

The LAPD has set the record straight:

We have identified the individual in question related to a video involving the use of racially insensitive remarks. As first suggested by some, this individual is not, and has never been, an LAPD officer or employee. https://t.co/rHLAssqoWu

The LAPD adds that the shirt the man is wearing is not department issue and is the sort of shirt you can buy on the open t-shirt market.

“The apparel worn by the individual, specifically the T-shirt with LAPD insignia, is not Department issued and is accessible to the public. We will be working with our Entertainment Trademark Unit to ensure violations of our trademark on apparel are addressed.,” the department said.

Note from Jeff. Sometimes I wear a shirt claiming that I am a member of the Avengers, I am not. In fact, like Batman, I have no superpowers.

So, once again we see liberals pushing lies before learning the truth.