A Perfect Example Of A Liberal Reduced to Foolishness 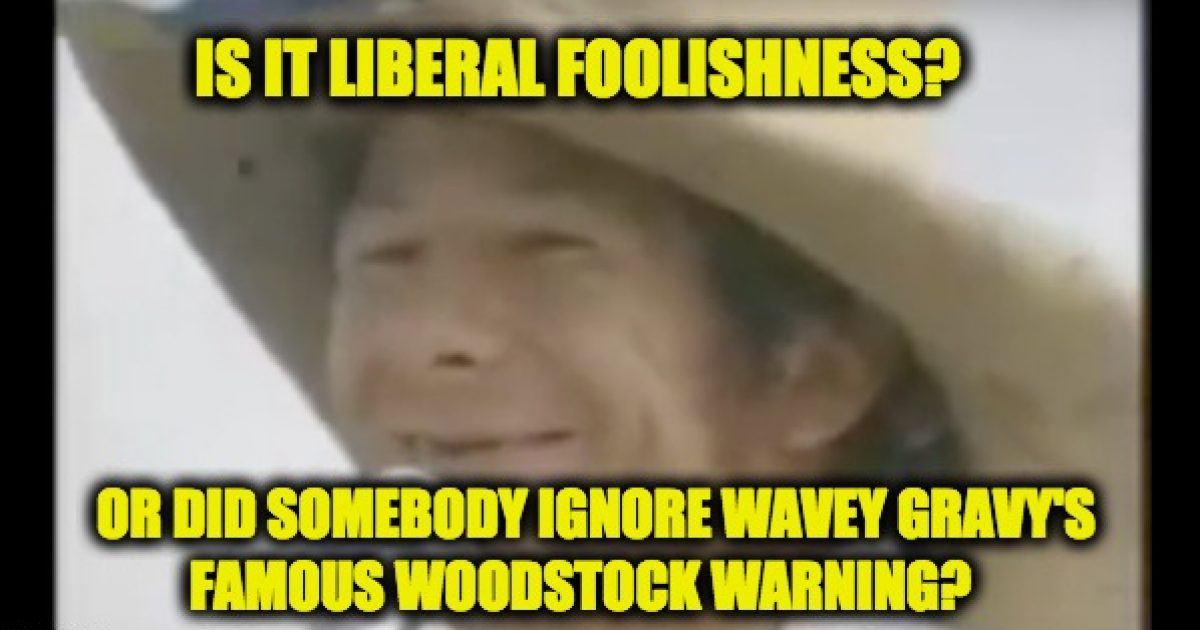 This week extremist, left-wing MSNBC cable network commentator Ali Velshi had former Watergate prosecutor Jill Wine-Banks on with him to discuss President Donald Trump’s press conference with Russian strongman Vladimir Putin and her entirely off-the-rails comments ended up being the perfect example of how liberals have indeed lost all sense of reality because of their Trump derangement syndrome.

Jill Wine-Banks is definitely a relic from the distant past. She was a lawyer back in the 60s and was tapped to serve as one of the prosecutors trying to get President Richard Nixon and his cohorts for Watergate. Hired by President Jimmy Carter, she later served as the first woman to hold the position of US General Counsel of the Army (1977-80). Subsequently, she became an executive in the Motorola corporation until the year 2000, and after that, she went into the field of education. So, she has quite a resume.

With all those accomplishments, you’d think she would be a serious person. But once you hear her childish, ill-convinced, a-historical hysteria which constitutes her “thoughts” on Trump, you’ll be quickly disabused of the notion that she should be taken seriously.

MSNBC host Velshi started the hilarity saying that Trump was “more excited to sit down with the Russian president than he had been to visit with NATO allies.” Velshi went on in an absurd effort to equate Trump’s meeting with Putin to Richard Nixon’s Watergate scandal.

“At some point, this has a complexity that is even richer than the one you were involved in with the Watergate investigation,” Velshi bloviated, “in that nobody thought that Richard Nixon was working on behalf of an enemy of the United States. How do you even make sense of this.”

What twaddle. First off, Russia is an adversary, but this isn’t the Cold War, so Russia is not strictly “an enemy.” Secondly, here we go again with MSNBC lying to its low-information viewers with the automatic assumption that Donald Trump is actually “working for” an enemy. Again, there have been countless investigations all across Washington D.C. and after two years of indictments, questions, testimony, and hearings not a single piece of evidence has turned up to prove that Trump was “working with” the Russians or any other foreign entity for that matter.

So, Velshi may feel like Trump is working with the enemy, but his statement told as it is a fact is simply a lie and it irresponsible for him to say so.

But, Velshi’s spittle-specked preface was nothing compared to what this silly woman, Jill Wine-Banks, had to say in reply.

This risible Wine-Banks woman jumped right in with the Watergate nonsense. After all, that’s all she has, a 50-year-old scandal that she once had some small hand in, oh, so long ago. It’s worse than a washed up actress who hasn’t had a hit movie or TV show since the 1970s but is still trying to make bank on the one thing that made her something.

You can`t make sense of it. It`s very hard to possibly analyze. And you’re quite correct, the burglars were Americans. They worked for the White House. They worked for the committee to re-elect the president. They weren’t foreign agents. And yet we were burglarized this time by foreign agents. And it’s just as serious to me as the Cuban missile crisis in terms of an attack, or the 9/11 attack.

You are kidding me! Listen Mz Wine-Banks, the Cuban missile crisis was the closest the United States EVER came to a nuclear war with the Soviet Union this isn’t close!

September 11th? Are you talking about the attack on the twin towers, the Pentagon, and only because of the bravery of passengers on a fourth plane the U.S. Capital was saved? The day where almost 3,000 people died?  The day the world changed?  I [the Lid] was there! I remember leaving the building where I worked,  less than two miles from the now smoldering ruins of the towers tattooed in my memory is the fact that I could taste the air. Breathing felt strange. The air had a texture— feeling like particles of glass or sand were mixed in with the oxygen. The air tasted almost like burning rubber. Manhattan had always seemed larger than life, but on that day it was small and vulnerable. It wasn’t just Manhattan, for the first time in my life, the United States of America, the most powerful nation on Earth, the shining city upon a hill, seemed vulnerable.

Are you really saying Russian meddling was as serious as 9/11? Have you lost your mind??

Granted Wine-Banks is reaching with all her might for a metaphor with this “burglars” business, but in truth, there is no comparison between the Watergate scandal and the small efforts that the Russians undertook to interfere in the 2016 election either.

Watergate was an actual scandal. A sitting president hired a group of undercover operatives to steal information from his election opponents. That was a real mess. A genuine crisis of trust in government. But in 2016 all we had were some Russian agents who spent a few thousand bucks to buy some Facebook posts that hardly anyone saw in a vain attempt to influence a few American votes. That was it. There were no votes changed, no collusion with any politicians, nothing of the kind. Actually, it was a big waste of money for the Russians because it had almost no effect whatever on our votes, our system, or the outcome of the election.

So, no, Watergate and the claim of Russian “interference” with our election are not one and the same.

Wine-Banks forgot one of the primary rules of giving an interview, when your words are putting yourself in a hole, stop digging!

And I would say that his performance today will live in infamy as much as the Pearl Harbor attack or Kristallnacht.

Oh, my gawd. What is this cackling, nutcase rambling about?

So Donald Trump first descriptions of his Helsinki meeting with Putin rise to the “infamy” of Pearl Harbor attack or Kristallnacht?

Pearl Harbor where half our Pacific fleet was destroyed and 2,043 U.S. sailors and soldiers lost their lives is somehow “just like” inartful words?

Do you expect, Mz. Wine-Banks, for us to seriously believe you when you say that the Nazis’ Kristallnacht a one-day-long coordinated attack on German Jews and their property is as infamous as would vs. wouldn’t? During Kristallnacht 99 Jews were murdered, 25,000 to 30,000 were arrested and thrown into concentration camps, 267 synagogues were destroyed, thousands of homes and businesses were ransacked.

Not only that, but this whole Helsinki mess will be forgotten in a few months or a year. Pearl Harbor and Kristallnacht will be remembered — and rightly so — for generations to come. Today is in no way “just” as “infamous” as those two historic outrages.

You are a despicable fool, Mz. Wine-Banks.

And it’s really a serious issue that we need to deal with. There’s no explanation for what could be motivating him. No matter what Russia has on him, if that’s the explanation, it can’t be as bad as his behavior is today.

After the tripe, you said about Pearl Harbor and Kristallnacht, you’ll excuse me if your “opinion” has lost its standing with any thinking person, but that “tin-foil hat” earning conspiracy theory takes the cake.

Wine-Banks finished with this:

And I think as General McLaughlin mentioned, I’d like to see where are the Republican patriots, the men who were like Senators Goldwater and Scott and Rhodes, who came to the White House and said to the president we know the facts and you are done, and he resigned. He resigned, announced it the next day, and was out there the day after that. That`s what we need.

I’d suggest that what Mz. Wine-Banks needs is someone to pull her back from the edge of the insane ramblings she just inflicted on the dolts who watch MSNBC.

In 1969, Wavey Gravy stood on a bandstand built on Yasgur’s Dairy Farm in Bethel, New York (not in Woodstock) and announced to the 400,000 people in attendance not to take the Brown Acid (LSD),  it will give you a bad trip. Mz. Wine-Banks speaks as if she ignored Gravy’s warning. This foolish, anti-historical, truth-free garbage is being presented by MSNBC as serious commentary.

Liberals used to have giants such as Daniel Patrick Moynihan and deep thinkers such as William Jennings Bryan. But today we have silly, hysterical little women like Jill Wine-Banks. Oh, how far you’ve fallen, Democrat Party. Oh, how far.