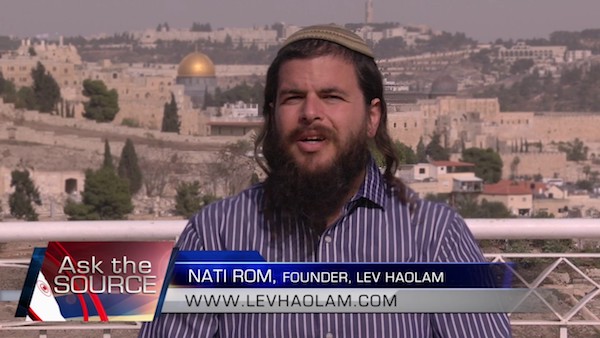 The Boycotts, divestment, and sanctions movement (BDS) is political warfare used against Israel, intended to isolate it economically, culturally, and politically. The BDS movement bases its attacks on fabricated tales of human rights violations, double standards, comparisons to apartheid South Africa, and false accusations of “war crimes.” Understand, this movement has just one purpose, to delegitimize Israel and to deny the Jewish people their right to self-determination. Both the U.S. State Department and Pope Francis have declared that denying that the Jews have the right to have their own state, is a form of anti-Semitism.

Lev HaOlam was created to fight against the BDS movement –not by asking for donations, but by increasing the sales of small businesses in Judea and Samaria. In Israel as in the United States, small businesses are a key driver of economic growth.

Lev HaOlam, purchases goods from businesses in Judea and Samaria (in what some refer to as the West Bank) and then markets them abroad. Nati Rom, Lev Haolam’s Founder has the following philosophy: ‘If they boycott, we will just buy more. If they spread hate, we will spread the love’.

Many who have taken up the fight against the BDS movement have done so by fighting the BDS movement and their supporters directly. These noble activists might lobby their respective political representatives, speak to and write to the legislators of their country or region, rally at college campuses and participate in debates with BDS sympathizers and supporters. These actions are important because they attack the very legitimacy, rationale, and support for the BDS movement. It is especially important for Israel to have real-live people who spread a message of support for Israel and Israel’s pioneers to those people who have been misinformed. The younger generation who spend so much of their time on social media platforms and attend colleges with “safe spaces” by which to protect them from debating individuals with differing opinions make these individuals ripe for the influence and indoctrination of one-sided and sometimes utterly false anti-Israel propaganda.

The problem with only fighting the BDS movement in this way is twofold. First of all, there are people who cannot be reached due to their extreme indoctrination by leftist propaganda. These unfortunate victims of the far-left will reject any pro-Israel information out of hand. The second problem is that while we fight for the minds of the people who do not know better than to think that Israel is the “oppressor,” the families and small businesses in Judea and Samaria suffer as a result of the boycott and global anti-Israel sentiments.

One organization that has been working successfully toward bringing direct financial support to the families and small business of Judea and Samaria is Lev Haolam (literally translated as “Heart of the World”). Currently, Lev Haolam is the largest purchaser of goods produced in Judea and Samaria.

Shlomit Cohen (Bat Ayin), an organic cosmetics producer, said, “I want to thank G-d… [and] for all of you that are taking part in this great project, it’s very important and it gives strength to all of us. And not just for me when I tell my friends about my work with Lev Haolam, they get excited about the support that we are getting from all over the world. All the time, we see the television and hear the voices of those who oppose us, but I know, all over the world, there are so many people who love and support us. Thank you.”

For Jo Zander (Har Hebron), an American Oleh and chocolatier, Lev Haolam proved to be the opportunity for his chocolate business, Holy Cacao, to reach an American audience. In Jo’s words: The part that’s been really great for us is that people in America have become aware of our chocolate. I always ask them [Americans], how is it that you even know about our chocolates and they say, we get it in the gift basket from Lev Haolam… and so I really appreciate that they were the first ones to bring us into America.”

Lev Haolam was established in the community Shvut Rachel (Samaria), which is located near the city of Shiloh, by Nati Rom. Nati continues to be active in fighting the BDS movement through the Monthly Package Project and through pro-Israel rallies that he organizes throughout the world. Nati frequently travels to locations throughout the world, where pro-Israel activists have sought his voice on fighting the boycott and to hear about what life is really like in Judea and Samaria. 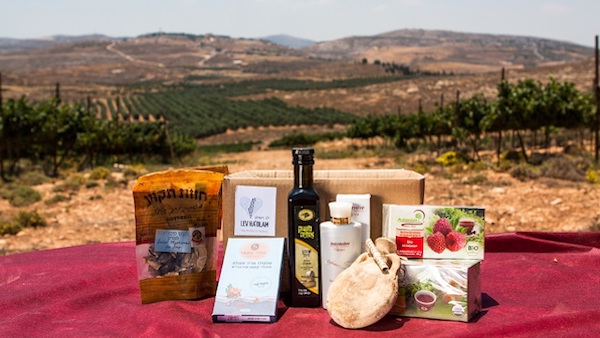 Four years after its inception, Lev Haolam has established a large international following and continues to attract new subscribers to its Monthly Package Project. You can learn more about Lev Haolam at their website, www.levhaolam.com. You can also reach a Lev Haolam representative by sending them an email, at support@levhaolam.com or by calling their Jerusalem number 02-645-5424 (office hours are 10am-6pm Sunday-Thursday, Israel time or Eastern Time + 7 hours).

Below is a video telling a bit more of the Lev Haolam story: