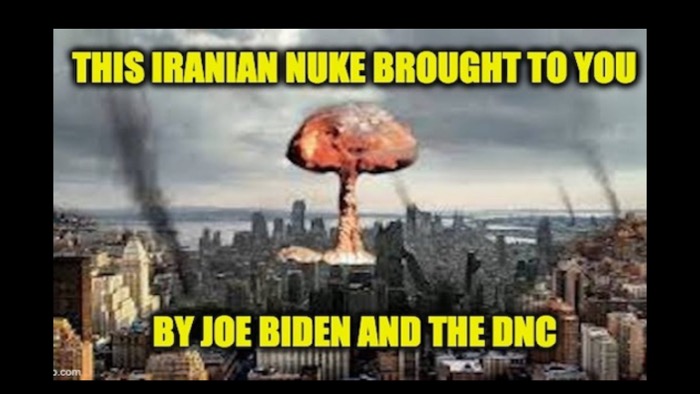 The Biden administration can’t let a bad deal die. This week, the United States has resumed efforts to slow down Iran’s nuclear program.

Begun under former President Barack Obama and the execrable John Kerry six years ago, the Biden administration is desperate to revive the failed Joint Comprehensive Plan of Action — which former President Donald Trump accurately denounced as “one of the worst and most one-sided transactions” before withdrawing the U.S.  — despite Tehran’s refusal to meet with American negotiators face-to-face.

This week in Austria represents the seventh round of negotiations.

Since the last gathering, the Islamic Republic inaugurated President Ebrahim Raisi, a hard-line cleric with a  record of political violence and human rights abuses whose nickname is “the Butcher.”

The theocrats have a list of so-called non-negotiables, and their top negotiator claimed that negotiations should center on removing sanctions.

On top of discarding the Trump administration’s maximum pressure sanctions, Iranian negotiators demand the U.S. lift all sanctions imposed since 2018, including those targeting Iranian human rights abuses and sponsorship of terrorism, which do not fall under the purview of the original JCPOA.

To top it off, Iranian diplomats refuse to meet directly with the U.S., communicating instead with China, France, Germany, and the United Kingdom as intermediaries.

“President Biden has sent his team to Vienna to negotiate an American surrender to the ayatollahs,” Sen. Tom Cotton tweeted Monday. “This administration is unwilling to hold the Iranian regime accountable for its nuclear blackmail efforts, support for terrorism, and attacks on American troops and our allies.”

President Biden has sent his team to Vienna to negotiate an American surrender to the ayatollahs. This administration is unwilling to hold the Iranian regime accountable for its nuclear blackmail efforts, support for terrorism, and attacks on American troops and our allies.

In April, the International Atomic Energy Agency reported that Iran was stockpiling uranium enriched up to 60 percent purity. Recent Israeli intelligence suggests Iran is preparing to enrich uranium up to 90 percent purity, which breaks the threshold for developing a nuclear weapon. Iran has predictably denied the international community full access to its enrichment program.

To top it off, Chinese purchases of Iranian crude have continued this year despite sanctions. The inept Biden administration chose not to enforce the sanctions against Chinese companies amid negotiations that could revive the 2015 nuclear deal to allow Iran to openly sell its oil. Iran and China are alike in so many ways.

Obama and Kerry failed, yet Biden is doubling down on failure, making the world a more dangerous place. Maybe instead of focusing on nonsense like climate change, “voting rights,” and spending trillions of more taxpayer dollars on a partisan wish list, Democrats could turn attention to actual life and death matters.

A.J. Kaufman is a columnist for Israel National News, P.J. Media, and here at The Lid