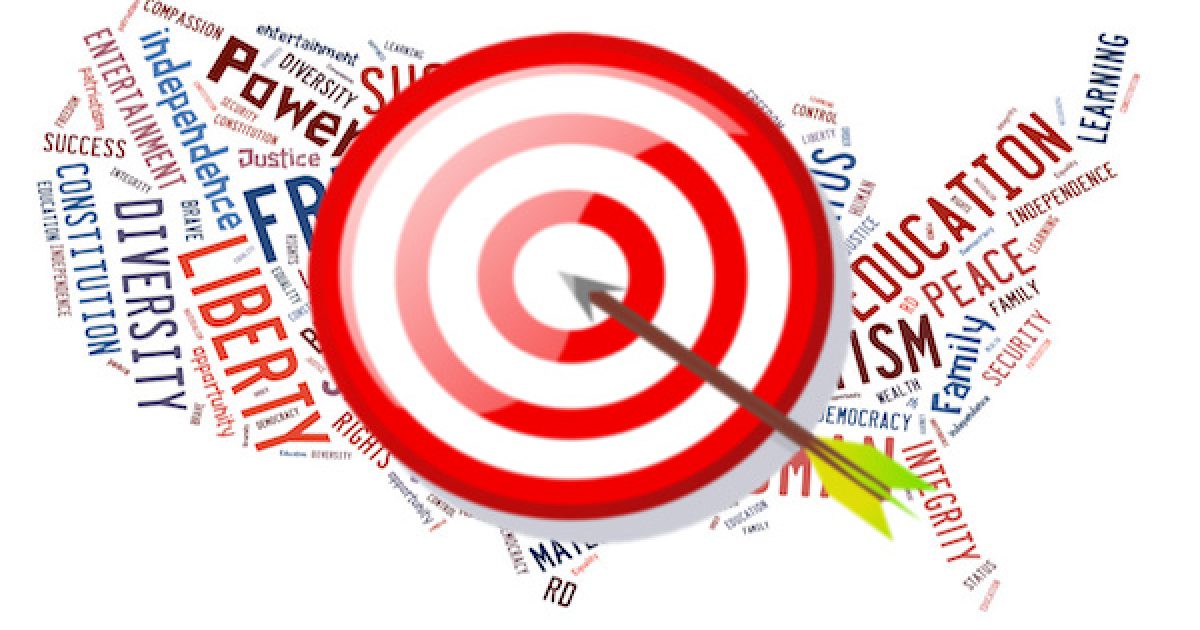 You may have been wondering why there is a constant, daily attack on everything American launched by the Democrat Party and its lapdog media and where all this garbage comes from? Well, it is part of a strategy of alienation meant to turn average Americans against our own ethos, to destroy our “civil religion,” to tear down society and to put an end to our American values, and boy is it working.

This destruction from within is an old communist strategy, the “long game” meant to destroy an enemy from within. But it was best described by anti-American author Saul Alinsky in his 1971 book Rules for Radicals (RfR). In RfR, Alinsky laid out thirteen basic rules on how to destroy the United States and to have it remade in a communist’s image.

One RfR rule was to “always keep the pressure on.” With this rule, Alinsky said the haters of America he was trying to help should always maintain a strategy of throwing things at the enemy. Like an ape flinging feces, Alinsky told his followers to keep heaping more and more garbage on the enemy. He told them never to give the enemy any breathing space. He also said they should continue to up the ante with every move they make.

While Alinsky pretended he was against violence, he knew full well that his strategies would ultimately lead to that. After all, as liberals agitate their base for “change,” their growing hatred mounts because that change comes at such a snail’s pace. All that emotion has to go somewhere. And it worsens as leaders tell them to continue adding new levels of hate and calumny on their enemies. Sooner or later you will inculcate in your followers a feeling that their opponents are not human and therefore not worth being treated humanely. Then comes the violence. Alinsky knew this. He just pretended he didn’t want things to go that far. But it was just a public face. He essentially lied in his rule book saying he stood against violence when he was fully aware that everything he was teaching has to end that way.

We are seeing the logical end to Alinsky’s tactics in the growing murder rates in our inner cities, in the growing violence seen against Jews and Christians, and in the violence seen at the hands of groups such as Black Lives Matter. Alinsky is getting just what he pretended he did not want.

But the more insidious “rule” was his last. The thirteenth RfR rule reads: “Pick the target, freeze it, personalize it, and polarize it. Cut off the support network and isolate the target from sympathy.”

This is the strategy of isolating and alienating ideas and/or people and institutions that the left hates and has targeted for destruction. This is the practice of “othering” your enemies. The perfect example of this is how the Nazis “othered” the Jews prior to World War Two. Adolf Hitler’s Alinskyising of the Jews led to attempted genocide, not just of Jews but of a long list of minorities that Hitler hated.

As far as America goes, the best example of how this strategy works is in how the left has succeeded in turning the majority of Americans against tobacco.

Smoking used to be utterly ubiquitous. It was something a majority of Americans indulged and something nearly everyone else just accepted as a part of everyday life even if they didn’t want to partake of the “evil weed” themselves.

Starting in the 1970s, liberals began a decades-long campaign to turn Americans against smoking. At first, the left claimed that “second-hand smoke” was “dangerous” to “the children.” Then they claimed that the tobacco companies were working with one goal in mind: to kill their customers. For well over 30 years, not a week passed without a major newspaper or magazine publishing an article attacking smoking as an unconscionable evil. Not a month passed without some TV report — and later a cable “news” piece — attacking the tobacco industry. Then the lawyers got involved by suing every entity they could think of from retailers to manufacturers proclaiming them murderers and insisting that they should pay for the “damage” their products cause.

Activists then attacked TV and movies forcing these outlets of entertainment to curtail or eliminate their depictions of smoking.

This long-term tactic has worked, too. Today smoking is viewed as a societal evil and fewer people than ever still smoke. Worse, normal, everyday Americans who smoke have been ostracized by society. These people are now treated as akin to modern-day sinners who should be shunned with the red letter “S” forever attached to them.

It has gotten so bad that movies now post warnings for viewers if there is “historical smoking” in a program depicting those pre-1980s eras where the majority of humans on the planet smoked.

This was all an Alinsky tactic. Smoking was attacked relentlessly and smokers were alienated and made societal pariahs.

These Alinsky rules are not forgotten tactics, either. Indeed, the left is utilizing these rules today to destroy guns.

Liberals understand that they cannot legislate guns away. So, now they are employing rule thirteen in order to alienate gun owners from “civilized society.” The left’s goal is to make you, the American gun owner, so ostracized, so hated, so feared, that eventually, American society as a whole will be ready to eliminate the Second Amendment.

This very week, for instance, we got a new example of this rule thirteen in action. It comes in the re-definition of “assault rifle” as defined by Merriam-Webster’s Online Dictionary.

Anyone going to this venerable dictionary today will find “assault rifle” defined this way:

noun: any of various intermediate-range, magazine-fed military rifles (such as the AK-47) that can be set for automatic or semiautomatic fire; also : a rifle that resembles a military assault rifle but is designed to allow only semiautomatic fire.

Only a few weeks ago it was defined like this: “noun: any of various automatic or semiautomatic rifles with large capacity magazines designed for military use.”

The old definition was true. The new one is a liberal lie aimed at “othering” guns and gun owners. The term “assault rifle” has a technical meaning and that meaning is described accurately in the former Webster definition. The added bit, though, is a political lie fostered by the left. It is untrue and inaccurate to describe an assault rifle as “a rifle that resembles a military assault rifle but is designed to allow only semiautomatic fire.”

These are the tactics that the left employs for everything.

American history is being “othered” as ONLY rich white men’s history.

America’s founders are being “othered” as rich, white, slave owners who hated the average American.

American values are being “othered” as evil ideas that should be shunned.

The Constitution is being “othered,” religion (except for the left’s pet Islam), is being “othered,” past forms of popular entertainment are being “othered,” marriage has been “othered,” all the things that make America great are under attack on a daily basis by the left and their handmaidens in the Old Media establishment so that America itself can be destroyed. From this destruction, the left hopes a new, dark phoenix of leftism will rise. And this othering is meant to convince more Americans each year that the left is right and our past is so evil that we must turn our backs on it.