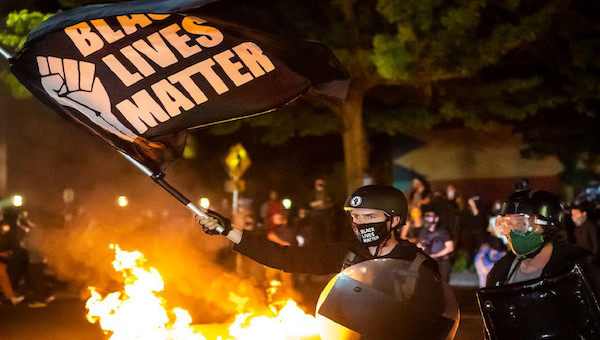 We have the case of the guy from California who planned to assassinate Justice Kavanaugh and his family just the other day. But many Republicans, especially those targeted in 2017, are concerned that the political violence and leftist assassination attempts will increase. They’re not wrong. The Biden administration refuses to enforce the law, so the leftists will inevitably slide further into their unreasoning hate.

“For weeks, Democrat leaders from President Biden’s White House to Senate Majority Leader Chuck Schumer encouraged dangerous protests against Supreme Court justices, including at their homes, to illegally threaten and intimidate them in an attempt to change the outcome of a court decision.

“How many more times do we need to see political violence motivated by threatening rhetoric before Democrats stop encouraging and condoning this kind of dangerous behavior?

“Rather than investigating parents at school board meetings as ‘domestic terrorists,’ President Biden’s Justice Department should look into the actual dangerous violence coming from the radical left that continues to put the lives of people in danger for their political views.

From the sham Jan 6 hearings that are purposefully pushing lies in an attempt to put Trump in prison to a man with a gun at the home of a Supreme Court Justice, things are rapidly spiraling out of control in our nation. There are no rational conversations. There are no logical actions. Political violence is rising exponentially…and because Democrats refuse to condemn such things, it will get worse. Guaranteed.

This passed unanimously in the Senate, yet Speaker Pelosi refuses to bring it up for a vote—despite today's foiled plot to kill Justice Kavanaugh. Shameful. pic.twitter.com/W94z8xh90u

Even after the assassination attempt on Kavanaugh, Democrats like Pelosi blocked a new Supreme Court security bill. She even dared to say, “No one is in danger.” Then she said they were planning a different bill to protect SCOTUS clerks, too (because those dratted right-wingers want to harm the leaker?) Protesters were STILL allowed to be in front of Kavanaugh’s home. The protests there are illegal according to US code, but no one has done a thing. Political violence is being condoned and encouraged by the Biden administration.

The left mocked the attempt on Kavanaugh’s life, according to Breitbart. And AG Merrick Garland ignored threats until forced to say something about the incident- even though both he and Kavanaugh served as federal judges. Disagreeing is the key to political violence for the leftists. ‘Agree with us or else.’ 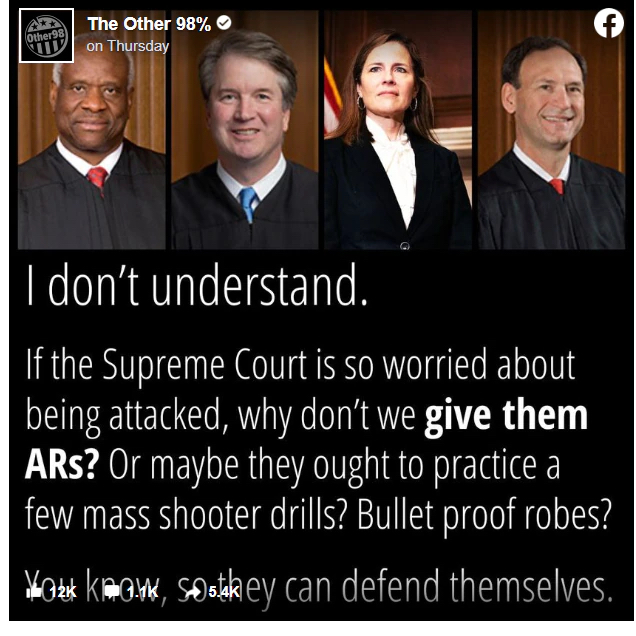 Political violence, even assassination attempts by leftists, will increase. We expect a “red wave,” but we expected one of those in 2020, and there was a concerted effort to cheat. Now the left is orchestrating actions designed to sway public thoughts away from the disastrous policies of the Biden administration. Will America survive?