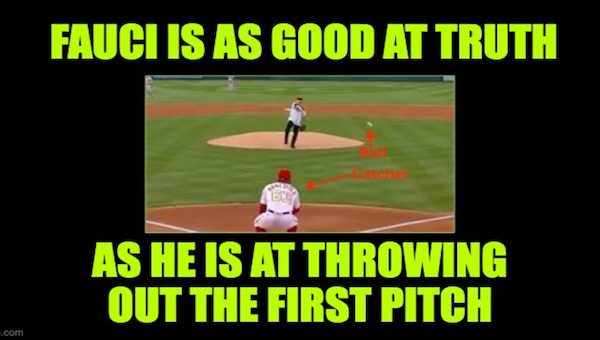 Remember how the Fauci acolytes closed ranks around their secular savior to protect him from Big Bad Rand Paul? Now even left-wing sources are turning on Fauci.

The leftwing media is running the same play they have run for decades… the left’s MoveOn website was even named after it. Deny the scandal when it first becomes public. Slow-drip information that confirms one part or another, while denying the wider implications of the scandal. 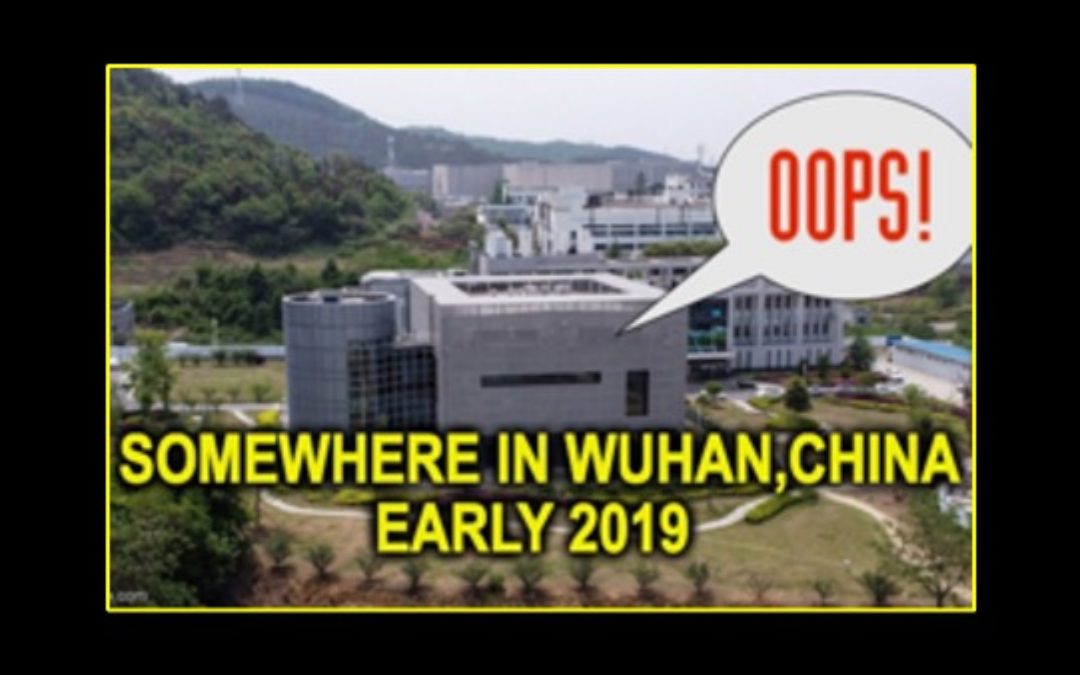 Let that info seep into the public consciousness without the participants facing any blowback, then confirm the original story while simultaneously dismissing it as ‘old news.’

How potent of a strategy is this? Very.

We’ve had journalists who had previously defended the ‘honor’ of Bill Clinton admit (years later) that Juanita Broaddrick’s rape allegations against Bill were probably valid. Did Bill pay any price for it? Nope. In the spirit of ‘move on’, the Clintons are still welcomed among the liberal aristocracy.

We’re seeing the same thing with Hunter’s Laptop, and now…? Now we’re seeing it with Dr. Fauci, the patron saint of biomedical authoritarianism.

Vanity Fair did a deep dive into 10,000 documents and introduced the article they wrote on it with the following summary:

Chasing scientific renown, grant dollars, and approval from Dr. Anthony Fauci, Peter Daszak transformed the environmental nonprofit EcoHealth Alliance into a government-funded sponsor of risky, cutting-edge virus research in both the U.S. and Wuhan, China. Drawing on more than 100,000 leaked documents, a V.F. investigation shows how an organization dedicated to preventing the next pandemic found itself suspected of helping start one.

Their story begins with a respected researcher digging into the series of shifts in the virus’s gene sequences and submitting a paper on what he had found. At the same time he submitted it for peer review, he gave a copy to Fauci, who immediately called a meeting with the researcher and several other people. That meeting was anything but a dispassionate discussion of evidence.

On June 18, 2021, an evolutionary biologist named Jesse D. Bloom sent the draft of an unpublished scientific paper he’d written to Dr. Anthony Fauci, the chief medical adviser to the president of the United States. A bespectacled, boyish-looking 43-year-old often clad in short-sleeved checkered shirts, Bloom specializes in the study of how viruses evolve. “He is the most ethical scientist I know,” said Sergei Pond, a fellow evolutionary biologist. “He wants to dig deep and discover the truth.”

The paper Bloom had written—known as a preprint, because it had yet to be peer-reviewed or published—contained sensitive revelations about the National Institutes of Health, the federal agency that oversees biomedical research. In the interests of transparency, he wanted Fauci, who helms an NIH subagency, the National Institute of Allergy and Infectious Diseases (NIAID), to see it ahead of time. Under ordinary circumstances, the preprint might have sparked a respectful exchange of views. But this was no ordinary preprint, and no ordinary moment.

…Bloom’s paper was the product of detective work he’d undertaken after noticing that a number of early SARS-CoV-2 genomic sequences mentioned in a published paper from China had somehow vanished without a trace. The sequences, which map the nucleotides that give a virus its unique genetic identity, are key to tracking when the virus emerged and how it might have evolved. In Bloom’s view, their disappearance raised the possibility that the Chinese government might be trying to hide evidence about the pandemic’s early spread. Piecing together clues, Bloom established that the NIH itself had deleted the sequences from its own archive at the request of researchers in Wuhan. Now, he was hoping Fauci and his boss, NIH director Francis Collins, could help him identify other deleted sequences that might shed light on the mystery.

At one point, Someone on Fauci’s side of the argument apparently suggested altering the study or deleting it entirely.

That’s when Andersen made a suggestion that surprised Bloom. He said he was a screener at the preprint server, which gave him access to papers that weren’t yet public. He then offered to either entirely delete the preprint or revise it “in a way that would leave no record that this had been done.” Bloom refused, saying that he doubted either option was appropriate, “given the contentious nature of the meeting.”

At that point, both Fauci and Collins distanced themselves from Andersen’s offer, with Fauci saying, as Bloom recalled it, “Just for the record, I want to be clear that I never suggested you delete or revise the pre-print.” They seemed to know that Andersen had gone too far.

(Francis Collins was a participant in that conversation.)

Vanity Fair’s stories are behind a paywall (unless you haven’t gone there recently, in which case you might be able to read it for free). There are some more damning details… including a motive for Fauci (and probably Collins) to react so strongly to this evidence.

Remember Rand Paul’s allegations to Fauci about gain-of-function research being funded through Peter Dazak and EcoHealth Alliance? Vanity Fair is no longer dismissing it as a ‘conspiracy theory.’

They’re back. And they’ve gone mainstream.

The wagon-circling on that Zoom call reflected a siege mentality at the NIH whose cause was much larger than Bloom and the missing sequences. It couldn’t be made to disappear with creative editing or deletion. And it all began with a once-obscure science nonprofit in Manhattan that had become the conduit for federal grant money to a Wuhan research laboratory.

In 2014, Fauci’s agency had issued a $3.7 million grant to EcoHealth Alliance, a nongovernmental organization dedicated to predicting and helping to prevent the next pandemic by identifying viruses that could leap from wildlife to humans. The grant, titled Understanding the Risk of Bat Coronavirus Emergence, proposed to screen wild and captive bats in China, analyze sequences in the laboratory to gauge the risk of bat viruses infecting humans, and build predictive models to examine future risk. The Wuhan Institute of Virology (WIV) was a key collaborator to whom EcoHealth Alliance gave almost $600,000 in sub-awards. But the work there had been controversial enough that the NIH suspended the grant in July 2020.

As it happened, EcoHealth Alliance failed to predict the COVID-19 pandemic—even though it erupted into public view at the Huanan Seafood Wholesale Market, a short drive from the WIV itself. In the ensuing months, every move of EcoHealth Alliance, and its voluble president Peter Daszak, came under scrutiny by a small army of scientific sleuths and assorted journalists. What, they wanted to know, had really gone on at the WIV? Why had Daszak been so cagey about the work his organization had been funding there? And were Fauci and other officials trying to direct attention away from research that the U.S. had been, at least indirectly, financing?

For anyone still bowing at the feet of Fauci’s image, the original article includes direct quotes and links to primary sources, including relevant emails. You can see them there.

But even though the left has finally admitted that these clowns aren’t the straight shooters the ‘believe the science’ cult wanted us to think they were, don’t expect anyone to pay a price for it.

Fauci & Co. have served their usefulness in pushing the panic narrative that got Biden into power while expanding both government control and government spending.