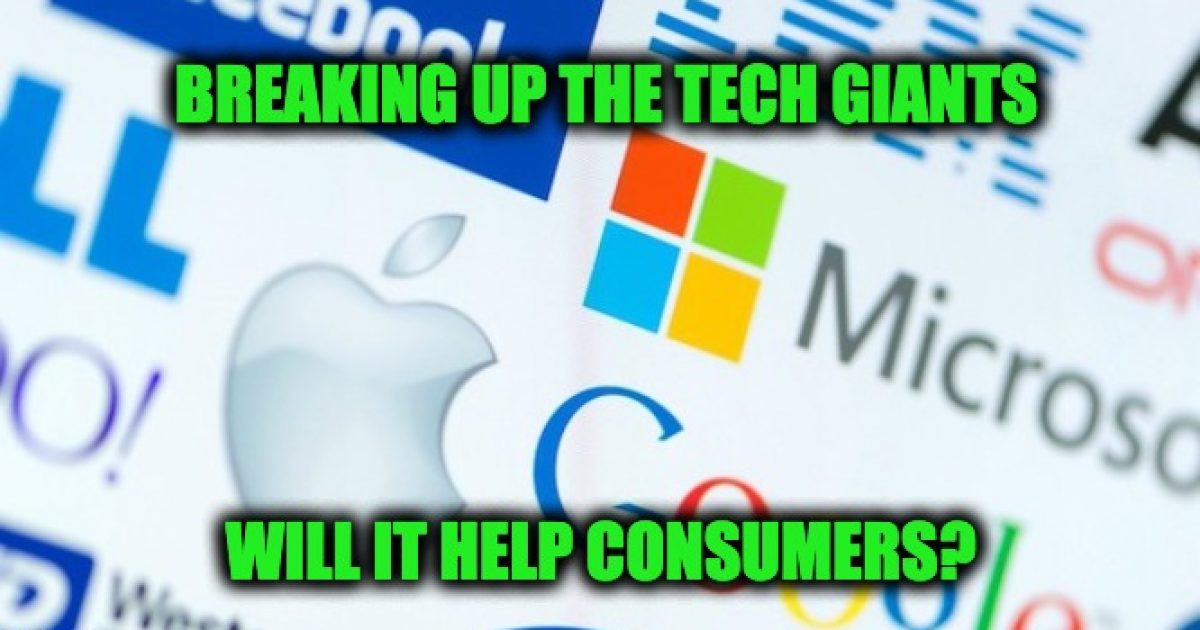 A group of State Attorneys General representing both red and blue states is cooperating on a developing anti-trust lawsuit against a group of big technology companies such as Google, Facebook, and other Silicon Valley giants. What they don’t explain is whether or not the tech consumer will be helped by “breaking up” big tech.

The participants in the suit are not yet public, but the filing is currently set to be launched as soon as next month, the Wall Street Journal reported. The suit is expected to focus on a handful of the biggest tech giants which will be charged with using their near-monopoly powers to stifle competition, the paper adds.

“As part of the probe, the group of state attorneys general is likely to issue civil investigative demands, similar to subpoenas, to tech giants and other firms,” the Journal adds.

As that effort moved toward a formal investigation, representatives of about a dozen state attorneys general, including Republicans and Democrats, met with top Justice Department officials in Washington in July to discuss concerns about lack of competition in the tech industry, according to people familiar with the meeting.

The makeup of the multistate group is still a work in progress. A bipartisan probe could give the investigation broader leverage and help insulate GOP officials from questions over whether their actions are motivated by political concerns, such as how online platforms treat conservative speech.

So far, the Attorneys General of two Democrat-leaning states, North Carolina and Mississippi, have confirmed that they are part of the negotiations over the pending lawsuit.

This will only add to the pressure coming from the halls of government:

The expected formal investigation by states would add a third major layer of scrutiny for the tech sector. In addition to the Justice Department probe, the Federal Trade Commission is investigating antitrust concerns at Facebook, including the company’s acquisition of nascent tech companies, as well as competitive issues elsewhere in the tech industry.

The involvement of the state attorneys general could add to complexity and cost for the companies. These officials were viewed as a driving force in the landmark joint state-federal antitrust case against Microsoft Corp. two decades ago.

Meanwhile, the evidence is piling up that big tech companies like Google and Facebook are abusing their near lock on individual channels of communication to push a strictly left-wing agenda instead of dealing with customers fairly.

It won’t be unprecedented for a group of states to look at a technology giant. In 1998, 20 states joined the Justice Department in suing Microsoft. Because today’s Tech companies such as  Google, Facebook, and Amazon have become conglomerates, any investigation into them could take years.

Right now, this is just an investigation, although the WSJ says a suit will be filed next month.  Whether or not the states come up with a case is not a certainty. And if they do, it is not guaranteed any action will help the consumer. Even if they force a break-up big tech, it does not solve the problem of viewpoint discrimination, censorship of conservatives.  All it will do is create smaller companies run by liberals who want to silence opposing views.