Does The U.S. Have More In Common With Latin America Than Europe? 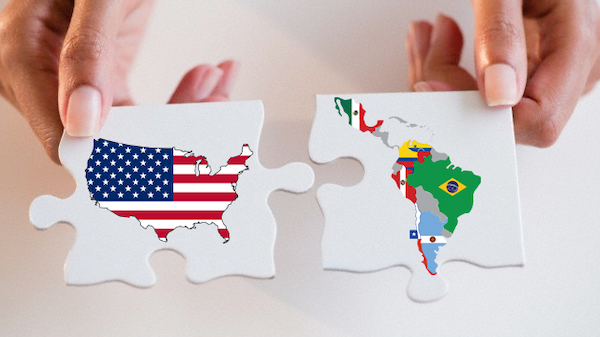 Latin America may have more

My wife hails from South America, and I’ve visited the continent several times and been to various parts of Europe.

Living since 2006 in the heartland and driving across numerous middle-American locales every month the last 15 years got me thinking: Latin America may have more in common with the United States than most of Europe.

The insufferable coastal elite adores sojourning in Europe — rarely in Latin America, the Middle East, or Africa — and returning to lecture Americans on the “sophisticated” trains, architecture, food, and other mostly irrelevant matters.

Like their love of soccer and the ghastly Olympics, these comparisons come almost solely from upper-middle-class white progressives; they are annoying and also inane.

The left’s ignorant admiration of Scandinavian countries — which, despite what Bernie Sanders spews, are mostly free market and don’t have minimum wage laws — seemingly surround the supposedly generous social benefits. Even on the nationalist right, Hungary and Poland now serve as models based on their (pre-Ukraine war) immigration restrictions. And frankly, European nations have abhorrent integration history, which often plays out in cataclysmic conflicts, including the horrors we currently witness between Russia and Ukraine.

Why do we think these countries are our peers, though?

Our history, geography, policies, and demography have little in common with small, often-homogeneous European nations.

And Canada, after all, stayed loyal to King George’s tyranny post-Revolutionary War and is quite dissimilar to us on human rights and the rule of law.

But the U.S. has plenty of similarities to Latin America societies.

We rank around the middle of North and South American religiosity, similar to Mexico but lower than most Central American countries. Canada reports the lowest religiosity in the Western Hemisphere, though still more than double the rate of many Western European countries.

Our murder rates are also more akin to Latin America. They are higher than the United Kingdom, France, Germany and lower than every country in the Americas, except Aruba, Canada, and Chile.

Again, why the progressive admiration of the secular, welfare states of Northern Europe? They’re relatively insular cultures, with more homogeneous populations, making them not too inclusive or woke. Is it their post-World War II love of government?

Much of the controversy about the execrable 1619 Project says the U.S. — 160 years before our declaration of independence  —was the only place in the world that practiced punitive slavery.

The slave trade was not a transatlantic phenomenon. It existed far before Christ’s birth and remained in the African and the Arab world generations after our bloody Civil War.

On religion, guns, and cultural matters, South Americans, Caribbeans, and Mexicans are also closer to U.S. norms than the French, Norwegians, or the Belgians.

“North and South America have in common being of the new world, colonized and liberated around the same time, and the proximity of the countries,” a Florida businessman with roots in Colombia and Italy explained. “However, many Latin and European countries have the style of families living close across generations. Europeans also count on a benefactor state for health services, college education, and working times. Latin American countries are ruled by the same type of model. Americans no doubt work harder, more hours, and don’t have the same work protections.”

Any analysis is nuanced and imperfect, but it’s a topic worth exploring for those who ponder such matters and do not accept common cliches.