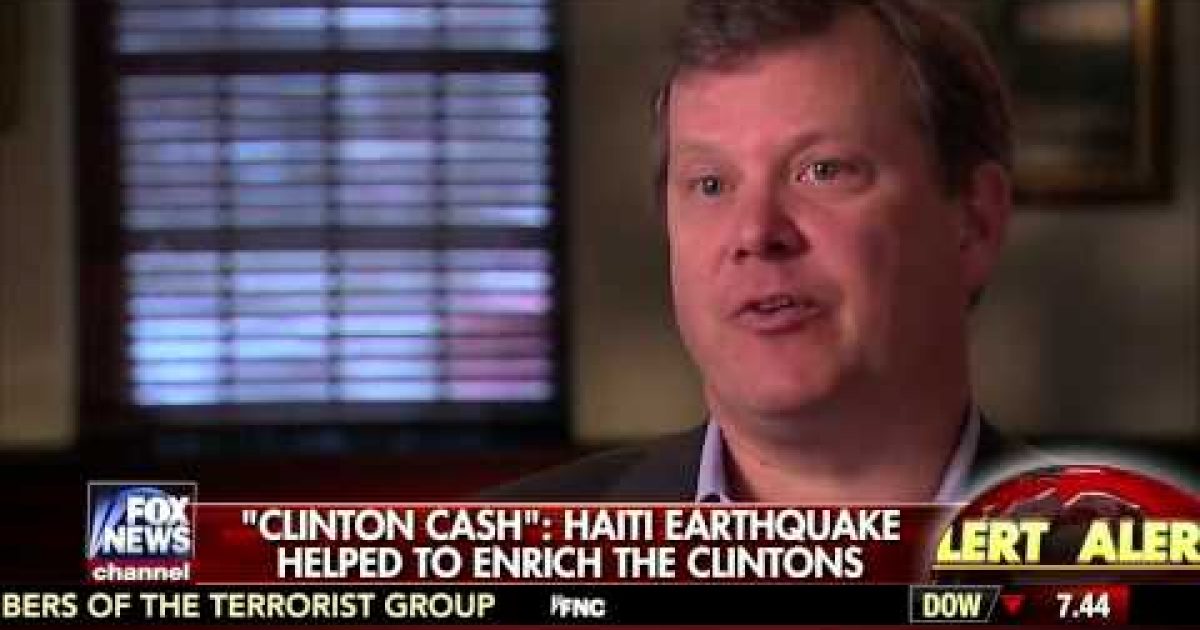 The next eruption of the Hillary Clinton/Clinton Foundation scandal goes to Fox News and involves the rebuilding of Haiti after that horrible 7.0 magnitude earthquake in January 2010.  Secretary of State Hillary Clinton and Clinton Foundation chief former POTUS Bubba visited Haiti just a few days after the devastation occurred. Both promised to help Haiti rebuild. In fact Bill was named the UN special envoy to Haiti and along with his Secretary of State wife controlled the billions of dollars of contracts awarded by the State Dept to rebuild Haiti.

As Bret Baier explains in the video below, “coincidentally” many of those who got one of the bountiful State Dept. contracts to help rebuild Haiti also “just happened to” give large donations to the Clinton Foundation.

The Govt. of Haiti set up the Interim Haiti Recovery Commission (IHRC) and installed the Haitian Prime Minister and Bill Clinton as co-chairs of the commission’s executive committee. But soon a number of members of that commission wrote a letter expressing concerns they were not involved in the process and all of the decisions were being made by Clinton and the Prime Minister and they claimed and argued the national priority of the Haitians were being disregarded by the decisions being made. They were correct.

For example there was the Haitian Mobile Money Initiative a system developed to allow Haitians to transfer money via cell phones. That contract was awarded to a company called Digicel who earned more than $50 million in Haiti.The company is run by Irish billionaire who set-up high-paying speeches for Bill Clinton and donated millions of his own money to the Clinton Foundation.

Another program to enable Haiti to raise needed capital by exploiting the country’s mineral resources. One of the companies which got a mining permit was VCS Mining. The company had little experience in mining, but right after they got the contract “just happened” to put Hillary Clinton’s brother Tony, on its Board of Directors.

Then there was the Caracol Industrial Park, announced in Haiti with great fanfare at a ceremony which included many American Celebrities. The Anchor store is a Korean manufacturer who “just happened” to be Clinton supporters.

Watch the video below, and apparently there is more to come during a Friday night special on Fox.