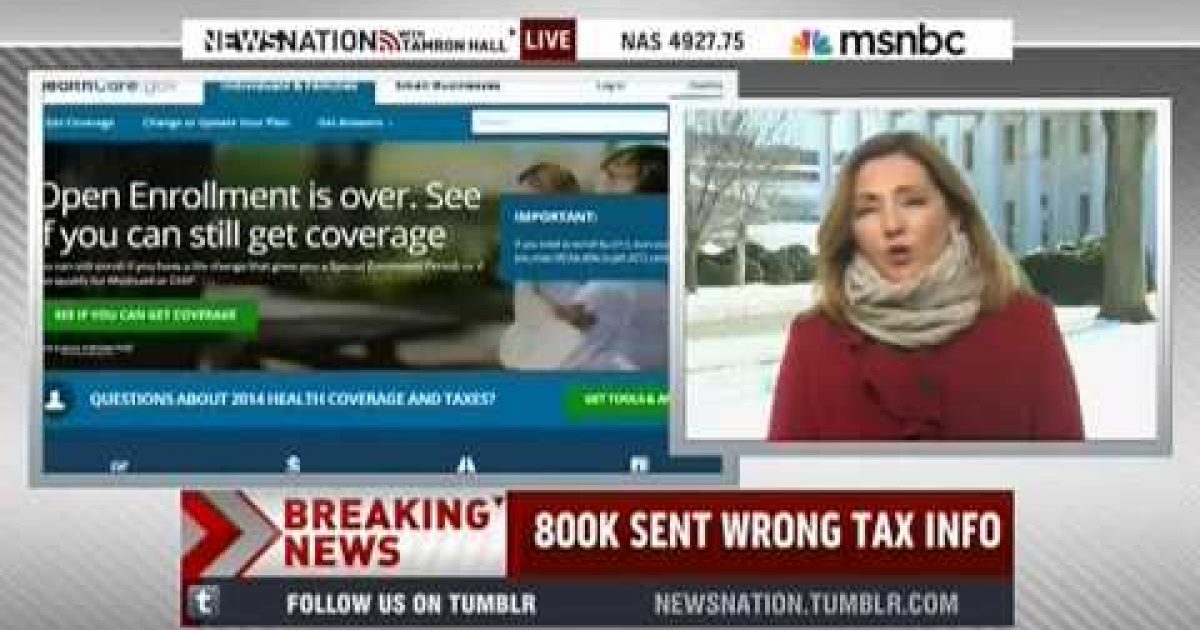 If there is any tradition for President Obama’s signature legislation Obamacare, it is a long tradition of screw-ups. Today the White House admitted one more mistake.  Apparently 800,000 people who purchased their insurance via Healthcare.gov where sent the wrong tax info. The administration asked them not to file their returns yet.

Today’s screw up cam during a week where the Administration had been bragging about the
“wonderful job” it had been doing during this, the program’s second enrollment season.

Along with the federal Obamacare screw up, Fox is reporting that “California, which is running its own insurance market, just announced a similar problem affecting about 100,000 people in that state. “

For those using HealthCare.gov, the federal health department said on its blog on Friday that some people received a form that included faulty premiums information. The blog said that information “needs to be corrected,” and new forms should be available by early March.

“This does not mean that your tax credit was incorrect; this is purely an error in what was printed on the form,” the blog post said.

But the administration is urging customers, that, “If your form was incorrect, please wait to file your 2014 Federal income taxes.”

That’s a hiccup for anyone trying to get their taxes filed early this year. And the 50,000 or so who already filed may have to resubmit their returns.

This mistake is more proof of one of the most frequent criticism of a big government program such as Obamacare…government cannot run programs as efficiently or as successfully as private enterprise.