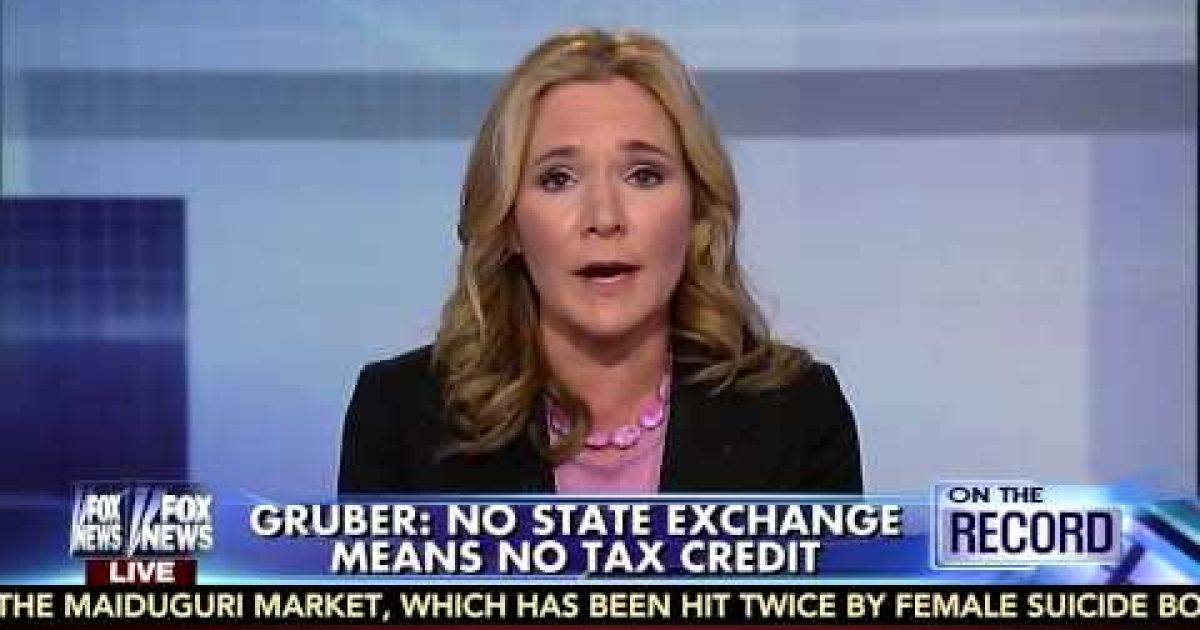 Of all the Jonathan Gruber videos released so far, this one could be the most damaging. This one does not show the Obamcare architect calling Americans stupid, this one has Gruber cutting the legs out of the Administration’s case about to be argued before the Supreme Court.

Revealed on Tuesday’s Greta Van Susteren program on Fox News, the latest blockbuster has the Obamacare architect explaining if your state doesn’t set up an exchange its residents aren’t eligible for tax credits, which is precisely the opposite of what the Administration is arguing before the Supreme Court.

The question before the Supreme Court is whether the language of the Affordable Care Act restricts the premium subsidies (in the form of tax credits) to residents buying insurance from a state-run exchange, and prohibits the credits on the federal exchange which serves a little over 7 million Americans in 36 states. The specific language says participants in the state exchanges get the tax credit, but doesn’t mention the federal exchange. The administration is arguing that the omission of the federal exchange is a typo, the plaintiffs argue that there was no intention cover a federal exchange in the bill. A ruling against the White House would severely damage Obamacare because the tax credits are critical to ensuring that lower-income Americans can afford insurance.

The video below is from January 2012 Gruber appearance in which he explains:

It is not known whether or not the video can be used as evidence in the Supreme Court case, but as Greta and her panel discusses, if it can be used it will be very damaging to the Obama Administration and Obamacare.