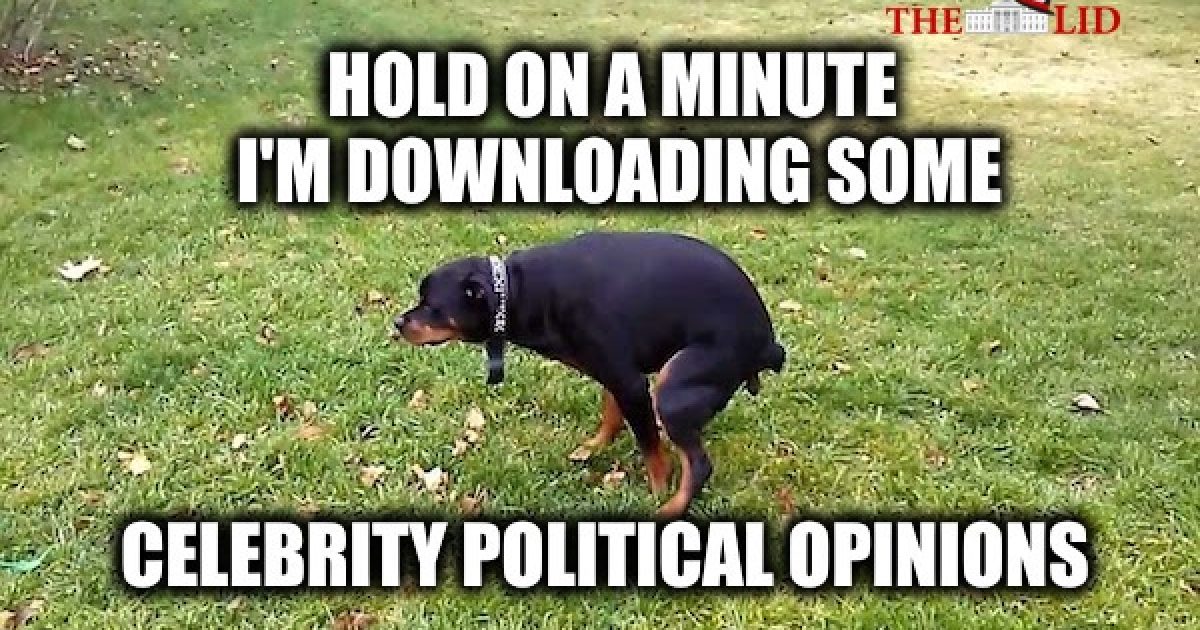 Joe Biden’s campaign wrapped up in the Keystone State with a free Lady Gaga concert. But it turned out to be a Lady Gaga endorsement fail.

Biden and Lady Gaga made a surprise photo-op appearance at the University of Pittsburgh, with the singer wearing a “VOTE” face mask and platform high heels.

In the evening, a cross-state, livestreamed concert event. Biden and Lady Gaga were in Pittsburgh; in Philadelphia were Harris and singer John Legend — who endorsed Massachusetts Sen. Elizabeth Warren during the presidential primary.

“We all know that this thing may come down to Pennsylvania,” Lady Gaga said before performing. —MSN

Lady Gaga recently teased that she would be making a political appearance in a battleground state. It didn’t go over very well.

A waste of a beer. She became something of a laughingstock over it.

Here she is trying to drum up support for Joe Biden and Kamala to that ‘this is America’.

Even at a free concert to promote the Democrat candidate, there is not even enough energy in the crowd for them to follow along with her explicit ‘crowd-participation’ directions.

Well, not total crickets. The twelve people at the rally cheered.

OUCH! There are more Democrats on the line waiting to use the porta-potty at a Trump rally than we saw at that Lady Gaga rally.

And here she is, obviously oblivious to the various controversies swirling around ‘her candidate’ (her political talking points are four years out of date by this point), and more ‘on point’ concerning Tara Reade’s allegations that Joe Biden inserted his fingers into her body against her will than anything that might be said of Trump once boasting about the factual point that some fame-chasing women are known to be willingly promiscuous with rich and famous men.

From the evidence we have gleaned from that ‘laptop from hell,’ from the several business associates of Hunter Biden that are serving time, and from the open FBI case on several of Joe’s relatives for (at minimum) ‘money laundering,’ Good Man may not be the best words to describe a man who sold out his country — and his own son — to make a quick buck, or even a million.

But perhaps in her world, prostituting yourself for money or power is not even considered something ‘good people’ don’t do.

That might explain why Harvey Weinstein had several decades worth of victims racked up before anyone blew the whistle on him.

Go thump your chest about ‘Hollywood morality’ somewhere else, lady. We’re not buying what you’re selling.