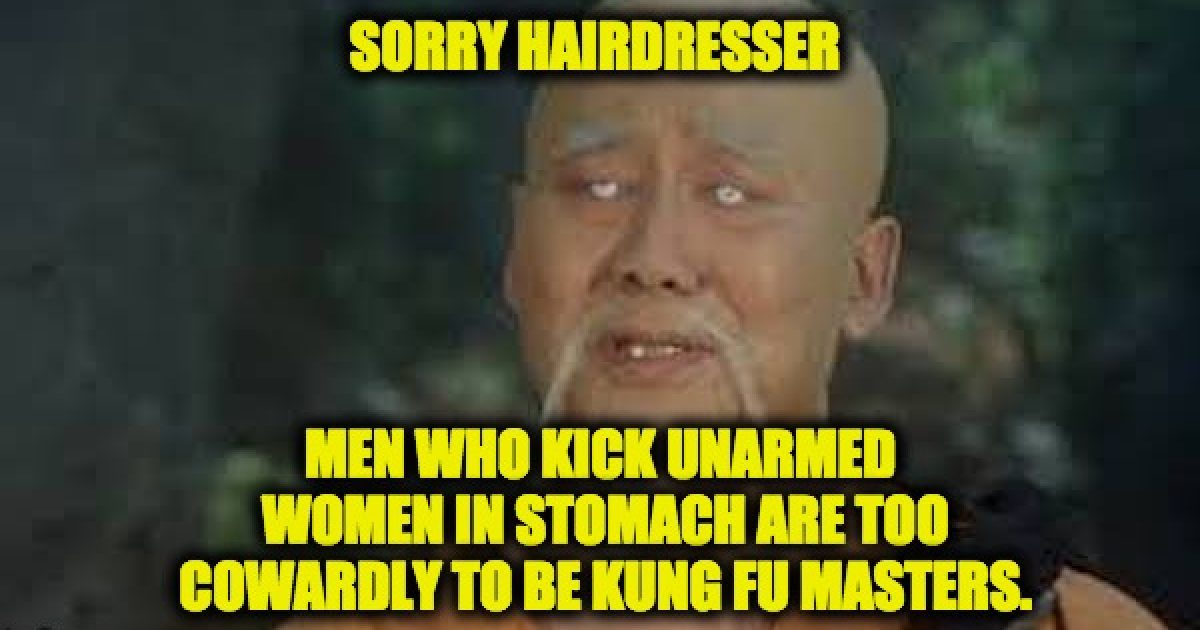 Once again we see the violence inherent in being a leftist, this time in a shocking video that shows a liberal delivering a vicious roundhouse kick to a female pro-life activist in Toronto.

The video was shared by Devin Sena, the president of the Human Defense Initiative.

As Daily Caller described the pro-abortion protester asked, “If somebody gets raped by somebody and they’re like ‘I’m a 16-year old, I can’t have this baby. Think you should keep it?”  The pro-life woman responded, “It’s a baby if someone is raped and she gave birth and decided to kill her three-year-old child -,” and that’s when the abortion-advocate kicked her, then shouted, “I meant to kick your phone.” A voice can be heard asking for someone to call the police.

He has not yet been found, RT!! pic.twitter.com/k1XlXBCVRP

In another tweet, the woman who was assaulted, Marie-Claire Bissonette, reported that she was OK.

“Marie-Claire here – I’m fine. Thank you to all those who’ve reached out in concern. A few people have identified the man who attacked me. I understand the video is upsetting to watch, but please pray for the guy,” she wrote.

Marie-Claire here – I’m fine. Thank you to all those who’ve reached out in concern. A few people have identified the man who attacked me. I understand the video is upsetting to watch, but please pray for the guy.

The creep has been identified, and he has already lost a job because of his violent actions. Human Defense Initiative identified him as Jordan Hunt, a hairdresser in Toronto, Canada.

According to the Human Defense Initiative posting:

During the event, Hunt vandalized multiple pro-life signs. He then sought support and recognition for his handiwork from an abortion activist standing nearby, at which point Bissonette began filming the encounter.

Bissonette made it clear she was filming the protester and informed him he had just destroyed private property, at which point he became belligerent and began questioning Bissonette on her opinions of pregnancy due to rape. When she began to answer, the protester wound up and roundhouse kicked her, causing the phone to drop. In the background, cries for someone to call the police could be heard along with the protesters insistence he was aiming for the phone.

Until today, he was employed at Noble Studio 101 Hair Studio. In screenshots provided to the Human Defense Initiative, when questioned about the assault, the shop replied “Was a sub contracter. Until today when I found out what happened today!!!! Not cool. He will never step foot in my studio again.”

“We don’t condone his actions and he has been let go. We believe everyone has a right to an opinion and the right to voice their opinion without fear of physical violence,” the studio wrote on Instagram.

But, once again we see that it is the left that is the dangerous ones in our society even in Canada. Once again we see that liberals think their fanatical devotion to the leftist religion gives them the right to physically assault anyone with whom they disagree. Conservatives just don’t do stuff like this.