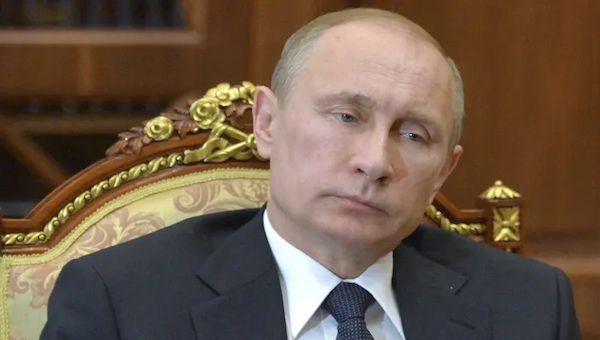 Now ten months into the invasion of Ukraine, the Kremlin is beginning to realize that they are in an unwinnable war, a quagmire.

In fact, it has been said that Vladimir Putin himself believed that his troops would have been able to take Kyiv in a blistering 13 hours, despite their antiquated machinery and unwilling soldiers.

And so, as Ukraine suggests that they could roll right over the top of the Russian army, taking back Crimea after 8 years of Russian rule, Putin is suddenly said to be looking for an out.

Russian President Vladimir Putin claimed in an interview with state television on Sunday that Moscow wants to negotiate, even as Ukrainian cities were hit with a barrage of missiles over the Christmas weekend.

“We are ready to negotiate with everyone involved about acceptable solutions, but that is up to them – we are not the ones refusing to negotiate, they are,” Putin said.

If the rumors are true and Putin has one foot in the grave and the other on a banana peel, he might want to end the war to protect his legacy. But per the old saying, it takes two to tango.

Ukraine essentially laughed in their face, knowing full well that they were in the proverbial driver’s seat at this point.

The claim was rebuffed by Mykhailo Podolyak, an adviser to Ukrainian President Volodymyr Zelenskyy, who said that “Putin needs to come back to reality.”

“Russia single-handedly attacked Ukraine and is killing citizens. There are no other ‘countries, motives, geopolitics,’” Podolyak tweeted. “Russia doesn’t want negotiations, but tries to avoid responsibility.”

Putin and his commanders are already facing a massive number of war crimes investigations as Russian troops continue to devolve into barbarism and genocide because of their inability to succeed militarily. If the Kremlin can’t get out of the war soon, it could spell the end of Russia’s high perch within the global community, and Putin will be out either by illness or tossed out by the military or oligarchs.