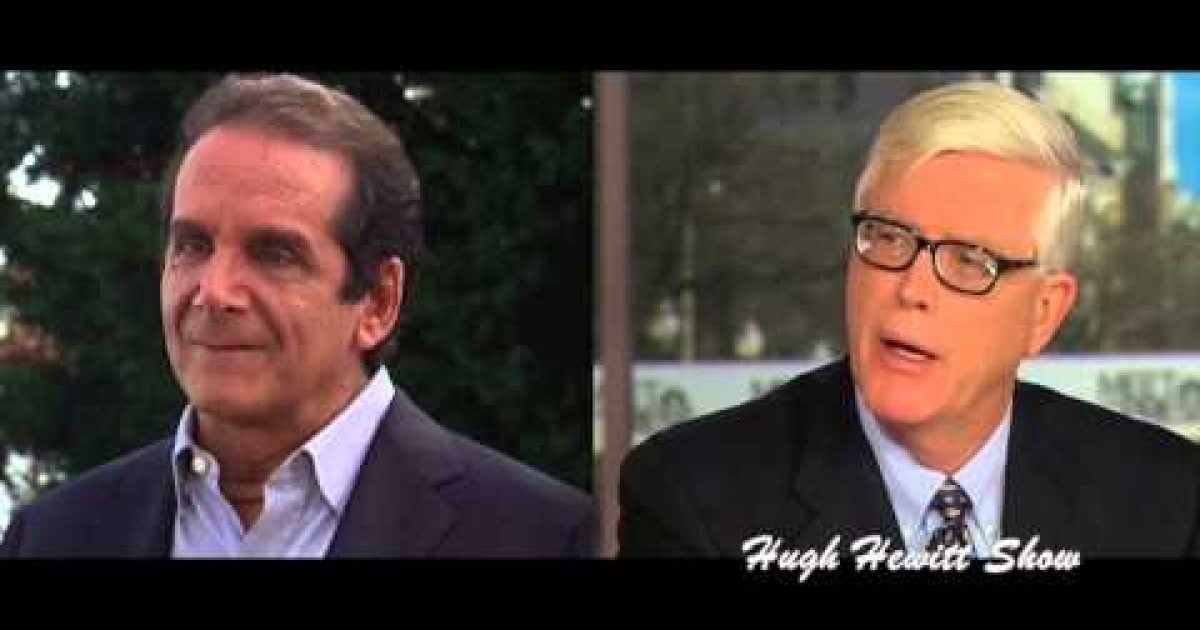 Hewitt: So Charles, the only way I can make sense of this is the President is preparing to argue to the American people that they should forgive and forget Iranian terrorism since 1979, and that those remarks are just part of a rollout of a plan to put into context normalization with a barbaric regime. Can you otherwise come up with an explanation for that flight of fancy yesterday?

Krauthammer: Well, the reason I would slightly dissent from that is because it gives him too much credit.

Krauthammer: I actually think he was doing it, he’ll trot it out when he does the Iran deal, but the more immediate thing was simply to dismiss the barbarism that we saw with the immolation of the Jordanian pilot, and to make everybody believe that this is really nothing out of the ordinary. I mean, here, and the bad, this is a combination of the banal and the repulsive. The banal is the adolescent who discovers that well, man is fallen, and many religions have abused their faith and used it as a weapon. This is what you discover when you’re 12, or 17, and what you discuss in the Columbia dorm room. He’s now bringing it to the world as a kind of a revelation, and he does it two days after the world is still in shock by the video of the burning alive of the Jordanian pilot as a way of saying hey, what about Joan of Arc? I mean, this is so distasteful. And you know, there’s one thing I didn’t even think about until now. What the hell is he doing bringing India into this? I mean, it’s the first time I’ve heard India drawn into this discussion. Here he is essentially insulting, and it’s because it’s a Hindu country. It’s not Muslim. I mean, he’ll say in the name of Christ. He won’t say in the name of Muhammad and in the name of Allah. He won’t use those words. And then he goes after India, which is probably our strongest, most stable, most remarkable, democratic ally on the planet, considering all the languages and religions that it harbors. It has the second-largest Muslim population on Earth. And yet he goes after it as a way of saying hey, everybody here is at fault. They are not at fault. The Crusades ended 800 years ago. There’s not a big inquisition going on today. Joan of Arc was not yesterday. The Jordanian pilot was two days ago.